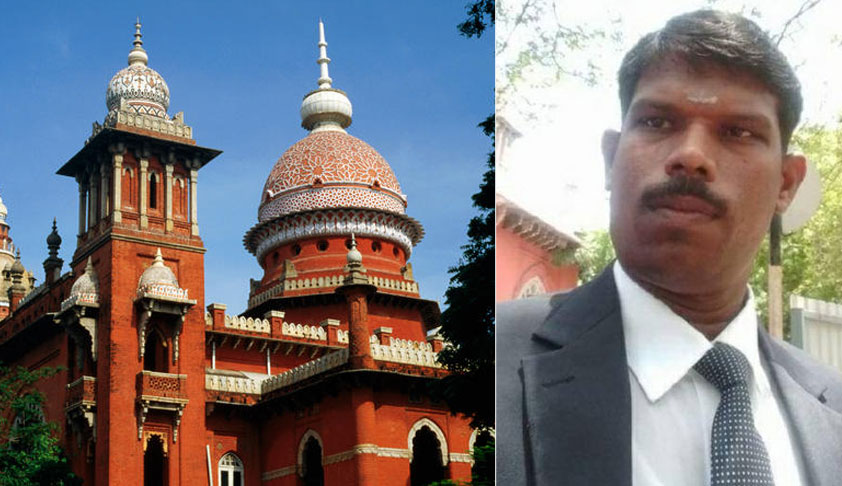 Holding that the constitution of Appellate Tribunal under the GST Act is prima facie contrary to the decision of the Supreme Court that the technical members on a Tribunal shall never exceed the judicial member, the Madras High Court has issued notice to the Centre, the Tamil Nadu government and the Goods and Service Tax Council and also the Attorney General of India. The court was hearing...

Holding that the constitution of Appellate Tribunal under the GST Act is prima facie contrary to the decision of the Supreme Court that the technical members on a Tribunal shall never exceed the judicial member, the Madras High Court has issued notice to the Centre, the Tamil Nadu government and the Goods and Service Tax Council and also the Attorney General of India.

The court was hearing a petition moved by Advocate V Vasanthakumar praying that Section 109 and 110 of the Central Goods and Services Tax (CGST) Act, 2017 and the Tamil Nadu Goods and Service Tax Act, 2017 relating to constitution of the Appellate Tribunal (AT) and qualification, appointment and condition of services of its member be declared Ultra Vires of Articles 13, 14, 19 and 50 of the Constitution of India “as the same are void, defective and unconstitutional, being violative of doctrines of separation of powers and independence of judiciary”.

Vasanthakumar relied on the decision of the Supreme Court in case titled Union of India Vs R Gandhi, president of Madras Bar Association wherein the constitutional validity of Chapters 1B and 1C of the Companies Act, 1956 inserted by Companies (Second Amendment) providing for the constitution of National Company Law Tribunal and National Company Law Appellate Tribunal was under challenge.

The Supreme Court had then held that, “Two-Member Benches of the Tribunal should always have a judicial member. Whenever any larger or special benches are constituted, the number of Technical Members shall not exceed the Judicial Members”.

It had also said that “only Judges and Advocates can be considered for appointment as Judicial Members of the Tribunal”.

Since the matter was heard at the admission stage and no notice was issued, the court has now issued notice forming a prima facie view in favour of the contention of the petitioner.

“On hearing the learned counsel for the petitioner, prima facie it appears that the constitution of the Appellate Tribunal is contrary to the decision in Union of India vs. R.Gandhi, reported in (2010) 11 SCC 1. In such view of the matter, this Court feels it appropriate to issue notice to the respondents returnable in six weeks,” said the order passed by a bench of Justice Indira Banerjee (who is now a judge of the Supreme Court) and Justice P T Asha.

“Since the vires of Sections 109 and 110 of the Central Goods and Service Tax Act, 2017 (in short, 'CGST Act') and Tamil Nadu Goods and Service Tax Act, 2017, constituting Appellate Tribunal and the qualification, appointment and condition of services of its members is under challenge, notice be also issued to the learned Attorney General of India, through the Additional Solicitor General of India returnable six weeks hence. It is made clear that the views expressed in this order are only prima facie views which will not influence the decision,” it said.

It is to be noted that Vasanthakumar has in his petition submitted that it is necessary that those who are called upon to discharge judicial or quasi-judicial powers should have legal expertise, judicial experience and legal training and therefore, in the Bench of Appellate Tribunal, the number of Technical Members should not and cannot be more than the number of judicial members, as the technical member is only to support technical expertise and he/she cannot assume judicial powers.

According to the petitioner the qualification required for a Judicial Member has excluded advocates. He submits that an Advocate is entitled to be selected as judicial member in the Tax Tribunals and there is no explanation for excluding advocates from being selected as Judicial Members. According to him, this is a serious infirmity. Section 110(1)(b) is liable to be struck down as unconstitutional.

Vasanthakumar said that at the National Bench, the President has to be a retired Judge of the Supreme Court or a retired Chief Justice of High Court or Judge of High Court for not less than five years. However, he will be in a minority with two technical members who form part of the three-member Bench. Similarly, all the Regional Benches will also have judicial members in a minority. The technical members are Revenue Officers from the Centre and State.

According to him the provisions of the GST Act, deprive the equality of opportunity to practising Advocates, who are endowed with the qualities of intellect and character, forbearance and patience, temper and resilience in the administration of justice and such qualities give them added advantage and benefit to broaden the perspectives and to discharge the judicial functions effectively.