Constitutional Embarrassment: When SC Stays Ordinance Signed By Ex-CJI On Ground That It Nullifies Court Orders 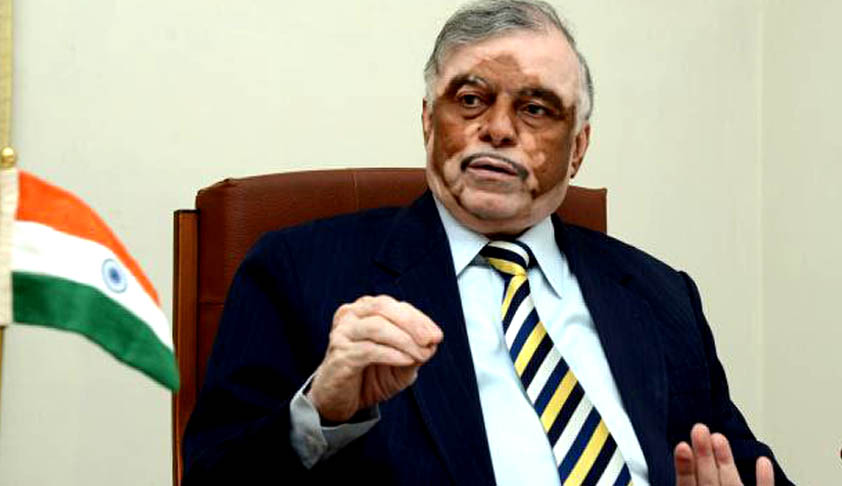 “When boundaries between judiciary and executive get permeable facilitating easy switch from one role to another, such constitutional embarrassments are bound to happen”.   It is quite unusual for a law to be made to get over a particular judgment by a court. It is further unusual if the law is not one passed by the legislature, but is made by the government through the...

“When boundaries between judiciary and executive get permeable facilitating easy switch from one role to another, such constitutional embarrassments are bound to happen”.

It is quite unusual for a law to be made to get over a particular judgment by a court. It is further unusual if the law is not one passed by the legislature, but is made by the government through the ‘ordinance route’.It gets more strange when the Ordinance, which is specifically intended to nullify Supreme Court and high court judgments, is approved by a former Chief Justice of India on holding the post of the Governor of State. And the plot gets thicker when the Supreme Court stays the Ordinance on the ground that it blatantly seeks to nullify the binding effect of the order passed by the Supreme Court.

This bizarre situation is created by Kerala Professional Colleges (Regularization of Admission in Medical Colleges) Ordinance 2017[Ordinance No.21 of 2017]. To cut a long story short, this Ordinance was promulgated by Kerala Government to regularize the admissions to private medical colleges, which were cancelled by the high court and the Supreme Court as illegal and irregular. The Ordinance is wrought with apparent legal and constitutional infirmities, which were pointed out by Live Law earlier.  The present Governor of Kerala is Justice P Sathasivam, the former Chief Justice of India, and Live Law had earlier commented about the irony of a former Chief Justice of India signing an Ordinance to nullify a Supreme Court order. Now, the Medical Council of India has directly approached the Supreme Court challenging the Ordinance.

The obvious beneficiaries of the Ordinance are two self-financing medical colleges: Kannur Medical College, run by a private trust, Prestige Educational Trust; and Karuna Medical College, run by a private trust namely Safe Development Alms Trust.  Admissions made to these colleges during 2016-17 were cancelled by the Admission Supervisory Committee finding that the admissions were not made through online process as per binding directions. It was also found that admissions were made without publishing an approved prospectus in the college website. Though the colleges challenged the committee’s order in High Court of Kerala, the court did not accept. As per a detailed judgment dated 28.10.2016, the laxity of the institutions in following a transparent and non-arbitrary admission process was deprecated in the strongest possible words by the High Court and cost of Rs 1 lakh each was imposed on both the colleges.

During March 2017, the Supreme Court also confirmed the cancellation of admission. The appeals by colleges were dismissed by bench comprising Justice Arun Mishra and Justice Amitava Roy, and the plea that cancellation would cause hardship to students was specifically rejected noting that it would amount to creating a bad precedent. The review petitions filed by students also got dismissed subsequently.

After that, the Ordinance was promulgated in October 2017, enabling the government to regularize admissions in any medical college during the academic year 2016-17, “ignoring any judgment, decree, order or proceedings of any court or the Admission Supervisory Committee” . The management of the colleges seeking regularization should make an application to that effect, and the students have to pay Rs 3 lakhs as ‘regularization fee’.

Twist after the Ordinance

But things did not go smoothly even after the Ordinance. A twist happened, when some students of Kannur Medical College, whose admissions had got cancelled, approached the Admission Supervisory Committee seeking return of the fee remitted. The committee found that the college had collected more than permissible fee from the students, between Rs.22 lakhs to Rs.45 lakhs, which has to be treated as ‘capitation fee’, and issued a letter to the Director of Medical Education on 19.01.2018 for further action.

It was a condition in the Ordinance that admissions will not be regularized if they are found to be made on payment of ‘capitation fee’. Therefore, B Srinivas, Principal Secretary(Health), the Competent Authority designated under the Ordinance to consider applications for regularization, refused to regularize the admissions made on payment of ‘capitation fee’. Addl. Chief Secretary (Health) Rajeev Sadanandan reported in concurrence with the competent authority, recommending action against Kannur Medical College. However, the Cabinet sought for another report from Law Secretary BG Harindranath. As per reports in Deccan Chronicle, the Law Secretary dismissed the findings of the Committee, Competent Authority and Addl Chief Secretary (Health), and held that the findings regarding payment of capitation fee were made without any material. Hence, the Law Secretary recommended the regularization of admissions. The cabinet chose to adopt the report of the Law Secretary and regularized the admissions.

Challenge to Ordinance by MCI

Meanwhile, the Medical Council of India (MCI) got wind of the matter and challenged the Ordinance before the Supreme Court. The MCI contended that the Ordinance is a piece of colourable legislation attempting to override judicial orders. It is also contended that the Ordinance has resulted in compromising merit in admissions. ‘Whether illegal admissions made by a medical college and the same having been invalidated by the Courts be legalized by promulgating an Ordinance,’ the MCI asked in its petition.

The bench of Supreme Court consisting of Justice Arun Mishra (who headed the earlier bench which dismissed the colleges’ appeal) and Justice UU Lalit did not take it lightly to the Ordinance. The court observed that the cancellation of admissions was approved by it after finding that they were not given in accordance with law. “Thus, prima facie it was not open to sit over the judgment and validate those very admissions and to venture into regularising them. Prima facie it was not open to declare this Court’s order as void or ineffective as was sought to be done by way of ordnance,” observed the bench. While staying the Ordinance, the court also made it clear that no student will be entitled to reap any benefit of any action taken and they shall not be permitted to attend the college or the classes or continue in medical colleges on the basis of the Ordinance.

Just a day before the Supreme Court order, the Kerala Legislative Assembly had hastily passed the Bill to convert the Ordinance into legislation, in a rare show of unity between the ruling front and opposition.  Reportedly, the counsel appearing for State of Kerala submitted before the court that the Bill had been passed, probably hoping to render the MCI petition infructuous. However, it turned out to be a furtive move, as the bench specifically enquired whether the Bill has been signed by the Governor and notified.  Since that stage was yet to be over, the court proceeded to consider the matter, ignoring the fact of passing of Bill by the Assembly.

Anyhow, this has now put the Governor/Ex-CJI in a tight spot. All eyes will be on the Governor to see whether he will now sign the Bill.  To sign the Bill signifies open defiance against the institution of which the Justice Sathasivam was the head a couple of years ago. But constitutional constraints attached to the Governor post might compel him to sign it.

This sort of an awkward situation would never have been envisaged by the Constitutional founders.  But, when boundaries between the judiciary and executive get permeable facilitating easy switch from one role to another, such constitutional embarrassments are bound to happen.   Occupational hazards of an ex-CJI being the Governor!