Contempt In The Face Of Court: SC Issues Notice To Lawyer  [Read Order] 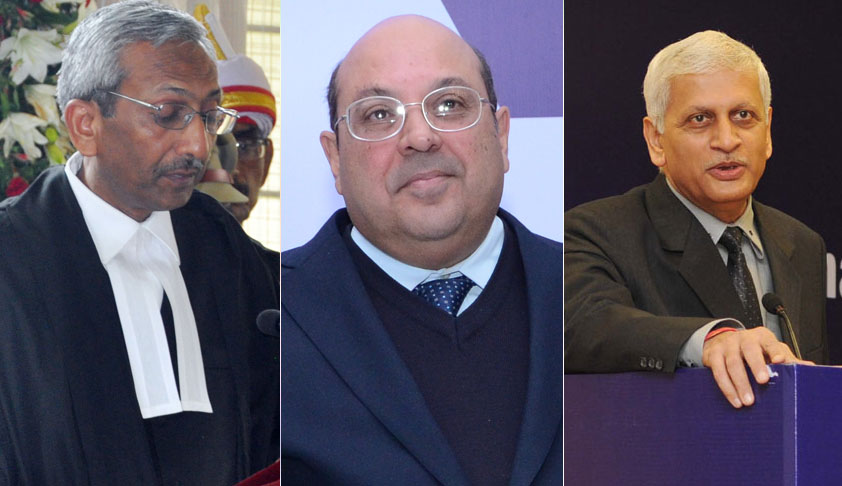 An advocate was on Thursday issued notice of contempt by the Supreme Court after she made derogatory remarks against the court and even dared it to take action against her when warned that her remarks amount to contempt.A bench of Justices A K Goel, Rohinton Fali Nariman and U U Lalit issued notice of contempt to advocate Nisha Priya Bhatia asking her to file an affidavit within two...

An advocate was on Thursday issued notice of contempt by the Supreme Court after she made derogatory remarks against the court and even dared it to take action against her when warned that her remarks amount to contempt.

A bench of Justices A K Goel, Rohinton Fali Nariman and U U Lalit issued notice of contempt to advocate Nisha Priya Bhatia asking her to file an affidavit within two weeks explaining her conduct.

Ms Bhatia made derogatory remarks when the Special Leave Petition filed by the Union of India in a service matter in which she is representing the respondents – belonging to Central Secretariat Stenographer’s Service (CSSS) -- came up for hearing.

During the course of hearing, senior advocate A K Sanghi, appearing for the Union of India stated that the matter will take some time.

At this, Ms Bhatia was informed that the matter cannot be taken up today as composition of the Bench was only for today and some part-heard matters had to be given preference.

At this, Ms Bhatia started making derogatory remarks against the court and persisted despite warnings.

“Ms. Nisha Priya Bhatia made derogatory remarks against the court. In spite of being warned that her remarks amount to contempt, she persisted and dared the court to take action against her. In our view, her conduct amounts to contempt in the face of the court,” the bench noted.

“However, instead of straightway punishing her for contempt, we deem it appropriate to issue notice. Ordered accordingly. Let an affidavit be filed by her explaining her conduct within two weeks from the date of receipt of notice,” the court ordered.

It ordered that the SLP as well as the contempt petition be listed before any other bench.

It is to be noted that the SLP was first listed on November 10, 2017 before a bench of Justice Arun Mishra and L Nageswara Rao.

The matter has been listed six times before Thursday’s hearing.

The SLP has been filed by the Centre against the April 25, 2017 order of the Delhi High Court.

The high court had upheld the pay grade hike of employees belonging to the Central Secretariat Stenographer’s Service (CSSS) while dismissing the Centre’s appeal against an order of the Central Administrative Tribunal.

During their tenure, they earned one promotion to the rank of PS and were given a pay scale equivalent to PB-2 with Grade Pay Rs. 4800 before the Assured Career Progression Scheme (ACP) was introduced by the Government w.e.f. 09.08.1999.

Upon the implementation of the Modified Assured Career Progression Scheme (MACP), 3rd financial upgradation was given to them on October 22, 2009 placing them in the scale of Rs. 15,600-39,100 with Grade Pay of Rs. 7600.

However, subsequently, on April 18, 2012, the 3rd financial upgradation under the MACP scheme to the Grade Pay of Rs. 7600 was withdrawn.

This was challenged by the respondents before the Tribunal which held them entitled to the upgradation. Centre’s appeal before the high court was also dismissed and against that order, it had come to the apex court.