Contempt Jurisdiction Extends Even To Protect The Registry From False And Unfair Allegations: SC [Read Judgment] 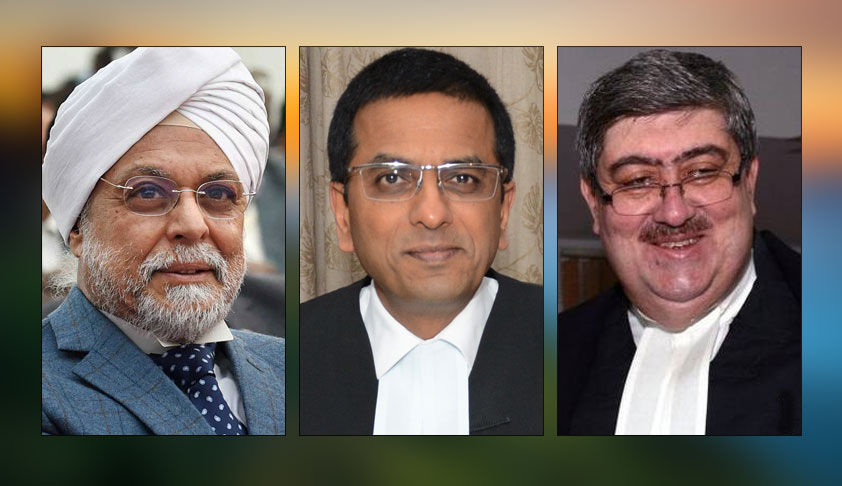 A three Judge Bench of the Supreme Court of India on Thursday observed that the contempt jurisdiction of the Court is not only to protect the reputation of the concerned Judge so that he can administer Justice fearlessly and fairly, but also to protect “the fair name of the judiciary”. It added that the protection in a manner of speaking, extends even to the Registry in the performance...

A three Judge Bench of the Supreme Court of India on Thursday observed that the contempt jurisdiction of the Court is not only to protect the reputation of the concerned Judge so that he can administer Justice fearlessly and fairly, but also to protect “the fair name of the judiciary”. It added that the protection in a manner of speaking, extends even to the Registry in the performance of its task and false and unfair allegations which seek to impede the working of the Registry and thus the administration of Justice, made with oblique motives cannot be tolerated.

The Bench of Chief Justice Khehar, Justices DY Chandrachud and SK Kaul on Wednesday dropped the contempt proceedings against Advocate-On-Record Mohit Choudhary but barred him from practicing as an AOR in the Supreme Court for one month.

The allegation against the lawyer was that he contended that a great manipulation had occurred in the Registry of Supreme Court in order to favour the opposite party with the objective of “Bench Hunt”.

As per the Judgment

“The allegation thus is clear and unequivocal – the Registry had colluded with the opposite litigant to hastily list the matter with the aim of bench hunting. It was categorized as “an unfortunate and anti-institutional and manipulative trend” which seems to indicate that the matter was stated to have suddenly appeared in the evening list prior to the date as the supplementary matter before the special bench, despite the matter not being ‘part heard’ or otherwise marked to the bench. This was alleged to be in violation of the normal rule of listing before a regular bench and indulging in constituting a Special Bench at the eleventh hour as a non-conventional and mischievous act on the part of the Registry. This was so despite the fact that the matter had been earlier deleted from the Advance Cause list of 07.04.2017”.

Later Choudhary filed two affidavits (according to the Court, the first one was only a justification, not an apology) tendering unconditional apology to the Court.

On 17.4.2017, a battery of counsel was present to represent the contemnor, led by Senior Advocate Mr.K.K.Venugopal. It was his contention that the contemnor had thrown himself at the mercy of the court, and there was little else he could do. He submitted that the contemnor had erred grievously, but what he had done, could not be recalled. Thus he could only plead for the indulgence of mercy.

The Bench observed that it is thus quite obvious to us that the scenario was that the existing Advocate-on-Record refused to oblige the litigant petitioner for making the unreasonable mentioning before the Court, as was endeavoured by the contemnor, seeking to shift the matter out of an existing Bench.

“It is the contemnor who utilized the opportunity to re-enter the scene, with the object of assisting the petitioner, in the endeavour of such bench hunting, under the garb of allegations and insinuations, made against the Registry, and for that matter, even the court. The contemnor thus took a conscious decision to be a pawn in the hands of the litigant, to scandalize the Court and the Registry of the Court, with the sole objective of achieving a bench shifting. It was clearly a “commercial decision” to sub-serve the interest of his client, even though, it would amount to false allegations and be unbecoming of an advocate”.

After hearing Senior Advocates the bench said “we are inclined to give due consideration to such a plea, but are unable to persuade ourselves to let the contemnor go scot-free, without any consequences. We are thus not inclined to proceed further in the contempt jurisdiction except to caution the contemnor that this should be the first and the last time of such a misadventure. But the matter cannot rest only at that”.

“It was not an innocent act, an innocuous endeavor but a well thought out decision to tread an unfortunate path which the existing Advocate-on-Record was unwilling to do. The objective was only to assist the client by somehow seeking shifting of the Bench. The allegations made against the Registry were false and there were innuendos against the Court. The endeavor failed. Every action has to have an outcome. The contemnor thus must face some consequences of his conduct”, said the Bench.