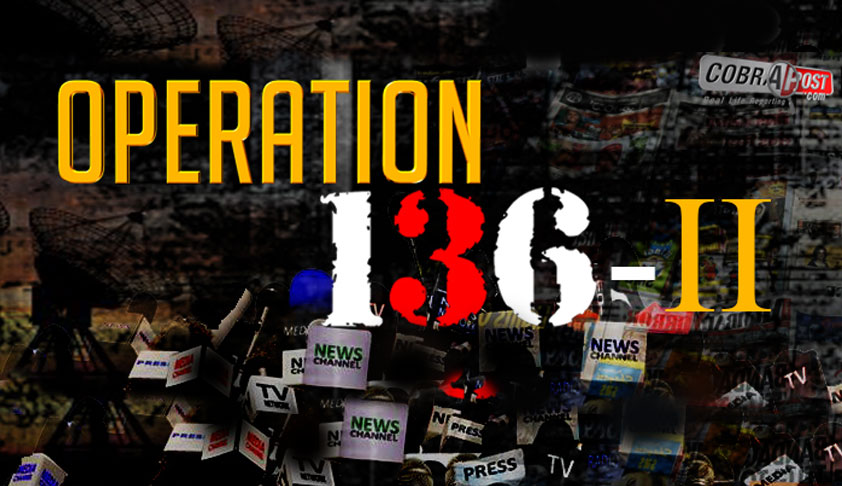 The Delhi High Court on Friday set aside an interim order restraining investigative journalism house Cobrapost from releasing any materials of its documentary titled ‘Operation 136: Part II’. The documentary had claimed to expose owners and high-ranking personnel of more than two dozen media houses, alleging that they had agreed to run paid media campaigns.Setting aside...

The Delhi High Court on Friday set aside an interim order restraining investigative journalism house Cobrapost from releasing any materials of its documentary titled ‘Operation 136: Part II’. The documentary had claimed to expose owners and high-ranking personnel of more than two dozen media houses, alleging that they had agreed to run paid media campaigns.

Setting aside the ex parte injunction, the Bench comprising Justice S. Ravindra Bhat and Justice AK Chawla emphasised on the higher threshold to be maintained while considering issuance of an ex parte injunction in cases like the present one, which involved an issue of public debate on reliability of news.

Cautioning against such routine stifling of debates, it observed, “Democracy presupposes robustness in debates, which often turns the spotlight on public figures and public institutions – like media houses, journals and editors. If courts are to routinely stifle debate, what cannot be done by law by the State can be achieved indirectly without satisfying exacting constitutional standards that permit infractions on the valuable right to freedom of speech.”

The plaintiff Dainik Bhaskar Group had approached the court earlier this year, complaining that Cobrapost’s documentary was an “attempt at defamation in what they term to be false news and information.” An interim injunction was then granted ex parte by Justice Valmiki J. Mehta.

Agreeing with both the contentions, the court noted that the impugned order “facially does not discuss or dwell upon cursorily even, the facts or merits – and the prima facie strength of the plaint allegations”. It then asserted that “there can hardly be any debate” on the issued that “an unreasoned order granting ex-parte injunction for the entire duration of the suit, is impermissible.”

Examining various precedents, it then ruled that an ex parte injunction which would subsist during the entirety of the pendency of the suit, was unjustified. It further opined that in cases like the one before it, the threshold for considering the prima facie strength has to necessarily be of a “very high order”.

The court explained that the consequence of not following established rules and principles would be that the courts unwittingly would, through their orders, stifle public debate. Emphasising on the importance of free speech in a democracy, and the high threshold for public figures and institutions to seek injunctive relief, it observed,

“Undoubtedly, the new age media, especially the electronic media and internet posts greater challenges. That per se ought not to dilute valuable right of free speech which, if one may say so, is the lifeblood of democracy. The salutary and established principle in issues that concerned free speech are that public figures and public institutions have to fulfil a very high threshold to seek injunctive relief in respect of alleged libel or defamation.”

It then asserted that unless it is demonstrated at the threshold that the offending content is malicious or palpably false, an injunction and that too an ex-parte one, without recording any reasons should not be given in cases like these. Controversies relating to reliability of news, it further said, are matters of public debate, explaining,

“The Members of the public and citizens of this country expect news and fair comment as to whether a public institution – including a media house or journal (which cannot claim any exemption from being public institutions as they are the medium through which information is disseminated, and are one of the pillars of democracy) functions properly. In case there are allegations which result in controversies as to the reliability of the news which one or the other disseminates to the public, that too is a matter of public debate.”

The impugned order was therefore set aside, remitting the matter to the Single Judge for him to consider the question of grant of interim relief on the basis of the pleadings and contentions of the parties. The parties have been directed to be present before the Single Judge on October 3.