In Conversation with Mr. Siddharth Acharya about his Documentary Film 'The Abandoned Cranes' 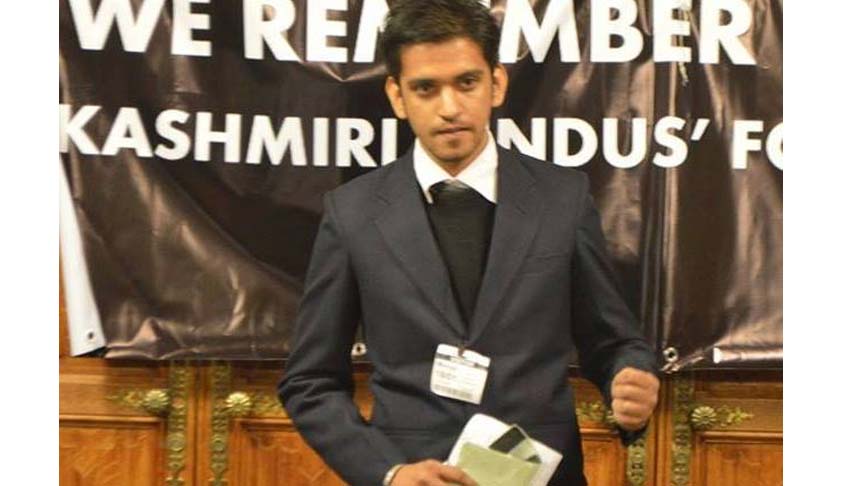 Siddharth Acharya passed from Govt. Law College, Mumbai in 2014 and is currently working as an associate at Oasis Counsel & Advisory. He drifted towards film-making recently and his film `The Abandoned Cranes` has received attention from people all over the world. In this interview, he talks about his film and the deplorable conditions prevailing in Kashmir.Live Law: Siddharth, you passed...

Siddharth Acharya passed from Govt. Law College, Mumbai in 2014 and is currently working as an associate at Oasis Counsel & Advisory. He drifted towards film-making recently and his film `The Abandoned Cranes` has received attention from people all over the world. In this interview, he talks about his film and the deplorable conditions prevailing in Kashmir.

Live Law: Siddharth, you passed out of Govt. Law College, Mumbai six months back and completed yourfilm titled “The Abandoned Cranes” in April 2014 when you were still in your final year. Tell us something about your experience with film-making and coping up with the tough course material during the final year, simultaneously.

Siddharth : Abandoned Cranes has been on my mind since I was in second year of my College. As a law-student, I was always passionate about human rights issues. I used to write a lot of papers during my second and third year in College. During my research, I got to know about the issue and what urged me was the fact that media did not give much attention. This issue was always snubbed by media and Governments by calling it a right-wing agenda. Pandits till date are victims of apathy of the World community and media at large. This inspired me to take up the cause and address this as a human right violation. The film was backed by Industrialist Mr. Pragnesh Podar from Podar Group of Industries, who himself is very keen in human rights and was a guiding force throughout. I had challenging subjects like Cr.P.C and CPC in final year but somehow I was able to cope up with them.

Live Law: Well, that was pretty impressive! Being a novice in the arena of film-making, what were the practical problems that you encountered?

Siddharth : Usually, a film-maker learns about film-making and then selects a subject to make a film. In my case, it was the other way round. I managed to get hold of a cameraman and editors and learnt some basics from them. Since my film was not really about its aesthetic vision and was more authentic in terms of facts so, my natural instinct about everything was more than enough.

Live Law: Could you briefly reflect upon the underlying sentiment that the film tends to uphold?

Siddharth: The film talks about community rehabilitation! The film does not support any ideology or agenda but it’s very natural and neutral in its content. It tries to depict and address the pain and misery of original aboriginals of this Country. It was a clear cut attempt of ethnic cleansing by militants in Kashmir and the film urges to create a safe and favourable environment for Pandits in the valley so that they are not refouled.

Live Law: You`ve have made a couple of other documentaries like one on Mr. Ram Jethmalani, I am the Change etc. Tell us something about them?

Siddharth : They were short films. `Czar of the Bar` was based on Ram Jethmalani’s seven decades of legal career and was an attempt to look into his struggle after coming from Pakistan during partition. Film was backed by Senior Counsel Harish Jagtiani. `I am the Change` was made to create awareness about the voting.

Live Law: `The Abandoned Cranes` got screened at the House of Commons in London on Jan 19, 2015 and is soon going to be screened at Brussels in European Union Headquarters. You also addressed the British Parliament and French Parliament on the socio-economic concerns that hound the Kashmiri Pundits. You were also interviewed by NDTV London on this. These are like just a part of the list of commendable milestones you`ve had so far. What is yet to come?

Siddharth : For the time being, I want to focus on my legal career. However, another project of mine got over and is currently stuck with the censor board. The film is based on the plight of West Pak refugees and refugees from Pakistan Occupied Jammu and Kashmir. The film is titled as “Unspoken Catastrophe” and I consider it as the best work of mine so far.

Live Law: You are someone who has closely analyzed the identity crisis being witnessed by the Kashmiri Pundits currently. What is your take on the kind of future that can be perceived on the basis of your personal acquaintance of their situation?

Siddharth : For a community who has been victim of seven religious persecutions since past seven hundred years, it is not easy to go and settle back. The incumbent Government has been making efforts but nothing is going to happen immediately. Nevertheless, I am very optimistic about their return. And on the basis of my personal interaction, I really think this could be achieved as younger generation wants to regain their foothold in Kashmir.

Live Law: Thank you Siddharth! We wish you all the best for all your future endeavours.