Convict Is Young And Not Beyond Reform: Read SC’s Reasons To Commute Death Penalty In A Kidnap-Cum-Murder Case [Read Judgment] 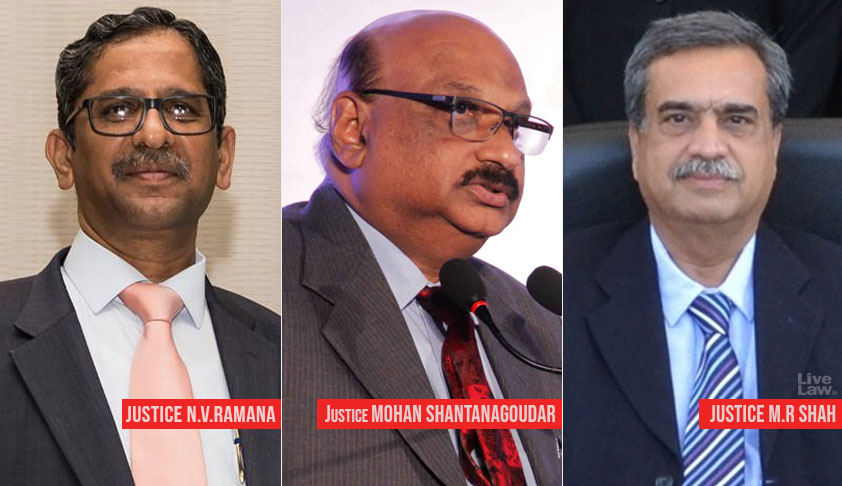 “Though it is indeed a deeply condemnable act to destroy one’s own family for short-term pecuniary gain, it is a dangerous presumption that a perpetrator of such an act is incapable of reform and rehabilitation just by virtue of having committed the crime, and indeed flies in the face of the concept of reform to begin with.”

The Supreme Court has passed a reasoned order for commuting a death sentence awarded to a man for kidnap and murder of his own cousin.

Swapan Kumar Jha was convicted by the trial court for kidnap and murder of his cousin. While confirming the death sentence, the high court had observed that it is a case of betrayal of trust and no society will survive if the trust is betrayed by a close relation.

The bench comprising Justice NV Ramana, Justice Mohan M Shantanagoudar and Justice MR Shah set aside the death penalty and altered the punishment to life imprisonment restricting his right claim remission in his sentence of life imprisonment for a period of 25 years.

The bench disagreed with the high court view that the convict poses such a menace to society that he cannot be allowed to stay alive. “Though it is indeed a deeply condemnable act to destroy one’s own family for short-term pecuniary gain, it is a dangerous presumption that a perpetrator of such an act is incapable of reform and rehabilitation just by virtue of having committed the crime, and indeed flies in the face of the concept of reform to begin with,” it said.

The bench also noted that the convict is still a youth and not beyond reform. It observed: “To begin with, the crime was committed at a young age when it is easy for people to get swayed by the lure of short-cuts to earn money. In fact, he is still a young person, and there is nothing to show that he is absolutely beyond reform and rehabilitation.”

The court also found that the offence does not involve exceptional depravity or heinousness. It said: “The offence has undoubtedly been committed in the premeditated manner, and involved the heartless betrayal of trust of the victim, who was a first cousin of the appellant Swapan Kumar, but this is not a sufficient reason to bring it within the ambit of the rarest of rare cases, especially when there is nothing to show that the offence itself was not committed in an unspeakably brutal manner. This is clear if we consider the entire sequence of events as reconstructed from the testimony of the prosecution witnesses, from which we can infer that the victim was not aware of the devious designs of the appellants even up to the point of reaching the house of the appellant Rocky. Moreover, the murder of the victim seems to have taken place by throttling, as is indicated by the medical evidence. Even on this point it is difficult to conclude that the murder was committed in an exceptionally heinous manner. However, we must emphasize that we do not intend to undermine the plight that the victim must have felt when he realized the truth, or to undermine the gravity of the crime itself.”

The bench also said a sentence of life imprisonment simpliciter would be inadequate for appellant Swapan Kumar, as that includes the possibility of claiming remission after the expiry of as little as 14 years. “We wish to adopt the via media that this Court has frequently resorted to in matters involving grave offences, which nonetheless do not fall into the realm of the rarest of rare cases so as to attract the punishment of death—i.e., the restriction of the convict to claim remission in his sentence, for a specific period,” the court said.