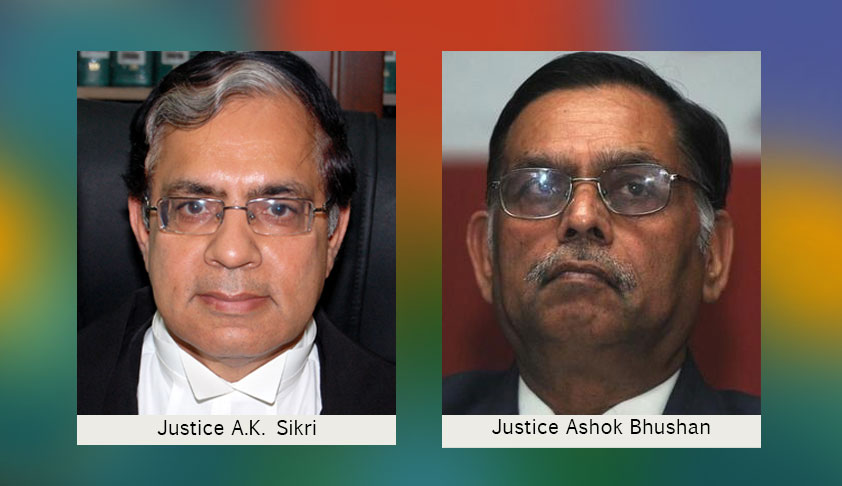 While dealing with the parole application of a prisoner serving sentence upon conviction under the TADA Act, the Supreme Court clarified that seriousness or heinous nature of the crime ought not to have any bearing on the consideration of application for parole. The prisoner was found guilty for having supplied explosives for conducting bomb blasts on the first anniversary of Babri...

While dealing with the parole application of a prisoner serving sentence upon conviction under the TADA Act, the Supreme Court clarified that seriousness or heinous nature of the crime ought not to have any bearing on the consideration of application for parole. The prisoner was found guilty for having supplied explosives for conducting bomb blasts on the first anniversary of Babri Masjid demolition. His conviction was upheld by all courts concurrently, including the Supreme Court. After spending almost 10 years in prison under his sentence of life imprisonment, he moved an application for parole. The authorities did not entertain the application on ground that he was a TADA convict. The high court also refused to interfere in his writ petition, stating that “it is a case of serious and heinous crime where parole cannot be claimed as a matter of right”. It was also further observed by the high court that since the Supreme Court had decided his appeal, it was not appropriate for the high court to exercise discretion in the matter.

The Supreme Court held that the high court fell in error on both reasons. It was held that the high court misdirected itself by abdicating jurisdiction on the ground that the Supreme Court had dismissed his criminal appeal. It was observed that merely because the matter of conviction of the appellant had come up to this Court would not mean that the appellant has to be relegated to this Court every time, even when he is seeking the reliefs unconnected with the main conviction.

Regarding the other reason cited by the high court, it was stated that conviction under a serious offence like one under the TADA Act by itself will not disentitle a person from seeking parole.  After revealing the premise of the judgment at the outset, the Supreme Court proceeded to analyse the intention of granting parole. Incidentally, the distinction between the concepts of ‘parole’ and ‘furlough’ was also discussed. The subtle distinction between ‘parole’ and ‘furlough’ was explained, and it might be of academic interest to refer to it, as follows:-

(i) Both parole and furlough are conditional release. (ii) Parole can be granted in case of short term imprisonment whereas in furlough it is granted in case of long term imprisonment. (iii) Duration of parole extends to one month whereas in the case of furlough it extends to fourteen days maximum. (iv) Parole is granted by Divisional Commissioner and furlough is granted by the Deputy Inspector General of Prisons. (v) For parole, specific reason is required, whereas furlough is meant for breaking the monotony of imprisonment. (vi) The term of imprisonment is not included in the computation of the term of parole, whereas it is vice versa in furlough. (vii) Parole can be granted number of times whereas there is limitation in the case of furlough. (viii) Since furlough is not granted for any particular reason, it can be denied in the interest of the society.

It was also stated that one of the most important grounds for granting parole is to maintain social and family ties. It enables to achieve one of the objectives of punishment, i.e., to cause reformation and re-integration of the offender back to the society. Grant of parole reflects the humanistic attitude to punishment.

At the same time, the other objectives of punishment, i.e., deterrence and prevention should also be weighed into consideration. If the release of prisoner on parole will aid further criminal activities, it should be discouraged.  Explaining the manner of considering application of parole, it was stated that the authorities are supposed to address the question as to whether the convict is such a person who has the tendency to commit such a crime or he is showing tendency to reform himself to become a good citizen.

Clarifying the legal position, it was stated as follows: Mere nature of the offence committed by him should not be a factor to deny the parole outrightly. Wherever a person convicted has suffered incarceration for a long time, he can be granted temporary parole, irrespective of the nature of offence for which he was sentenced. We may hasten to put a rider here, viz. in those cases where a person has been convicted for committing a serious office, the competent authority, while examining such cases, can be well advised to have stricter standards in mind while judging their cases on the parameters of god conduct, habitual offender or while judging whether he could be considered highly dangerous or prejudicial to the public peace and tranquillity etc.

Referring to criminologist Frank Exner, the factors to differentiate the recidivists from non-recidivists and dangerous and hard-core criminals from occasional criminals were enumerated in the following manner: 1) Hereditary weakness in the family life. 2) Increasing tempo of criminality. 3) Bad conditions in the parental home. 4) Bad school progress (especially in deportment and industriousness). 5) Failure to complete studies once begun. 6) Irregular work (work shyness). 7) Onset of criminality before 18 years of age. 8) More than four previous sentences. 9) Quick relapse of crime. 10) Interlocal criminality (mobility). 11) Psychopathic personality (diagnosis of institutional doctor). 12) Alchoholism. 13) Release from institution before 36 years of age. 14) Bad conduct in the institution. 15) Bad social and family relations during period of release.

The court issued a direction to the Central Government to modify the 1995 Rules of Central Government for grant of parole to incorporate the principles discussed by the court. A copy of judgment was directed to be forwarded to the Union Ministry of Law and Justice.