(Over?) Correction Of Past Injustices 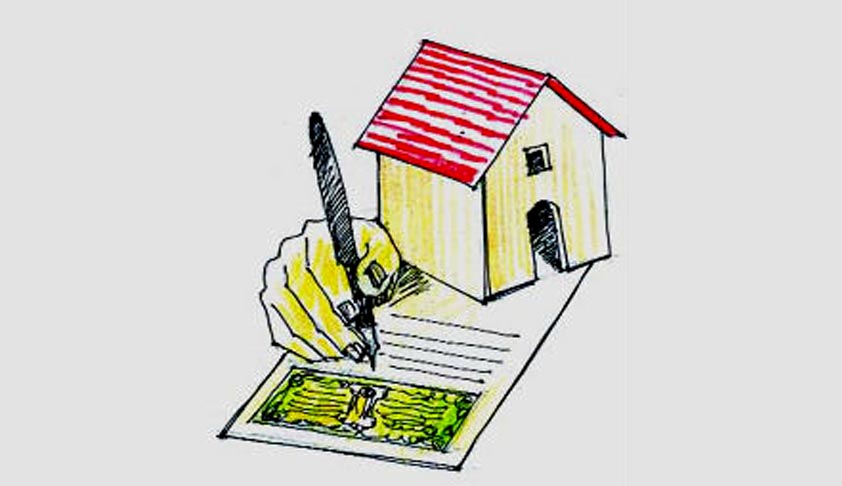 Recently a decade long controversy was laid to rest by the Apex Court. This controversy had led to unnecessary litigations and contributed to the major docket explosion. The question was regarding retrospective implementation of the Sec 6 of Hindu Succession Act, 1956 as it was amended by Hindu Succession (Amendment) Act, 2005, which elevated the status of the daughter from being mere...

Recently a decade long controversy was laid to rest by the Apex Court. This controversy had led to unnecessary litigations and contributed to the major docket explosion. The question was regarding retrospective implementation of the Sec 6 of Hindu Succession Act, 1956 as it was amended by Hindu Succession (Amendment) Act, 2005, which elevated the status of the daughter from being mere beneficiary of a joint family property to the level of coparcener. Without any doubt it is a progressive step and a much needed push for the economic independence of the Hindu women in India. But in 2015 Apex Court said, the amendment should be applied prospectively. This judgment attracted criticism from various quarters.

However, the judgement is reflection of basic tenet of judiciary i.e. the ‘inclination of judiciary’. It is well understood fact that the Judiciary and State functions at different sphere. State is expected function under its own policy, ideology and views. Naturally, the State is expected take steps in furtherance of such policy or ideology. In a democratic set up like India, when a political party impresses on the majority of the population with its policy, ideology and views, the population will give mandate to lead the Government.On the other hand, it is pertinent to note that judiciary does not function under the ideology of the State. It acts as a bulwark against the over-enthusiastic State. The only policy which has been companion of the Judiciary since time immemorial has been the policy of ‘Justice’. Therefore, it is the duty of the Judiciary to safeguard the citizens against injustice that may occur during the implementation of such new rights by the State.

Secondly, I whole heartedly submit myself to the argument of the need for such economic and property rights for Hindu women. However, my reservation is only against the retrospective effect to such rights.

The sufferings of the Hindu paternal family is completely unjustified as the pious obligation, if not in letter of law, at least in the spirit of Hindu Law and culture, always remained with son. This obligation might be one of the justifications to succeed to the ancestral property. Now we have a situation, where son has performed his entire obligation towards the elders in the family, but when he has to perform his duty towards his dependents, he would be left with pittance, as female coparceners would be claiming equal rights. It is the prospective effect to the amendment which would address this disparity as the future pious obligation would be distributed equally upon all successors.

The retrospective effect has created an unexpected and unintended development. The amendment is intended to create right to property for a Hindu daughter. However, a retrospective effect would substitute ‘family of a Hindu daughter’ in place of ‘daughter’. Therefore, it is not the aged and infirm daughter but her family which would be inheriting the property. From the amendment it is difficult to presume that legislatures had contemplated such beneficiaries. The object would be defeated, if the amendment is allowed to be used by husband or children of such an elderly daughter.

Social reform is a continuous process. Civilisation is a mirage, which human beings will forever be in pursuit of. Therefore, we have human rights which have evolved from first generation human rights to present day fourth generation.

First, we had reservation policy as a social reform. It is important to note that, this reform did not remove a Brahmin Collector and appoint a Dalit in his place. The reform was implemented gradually and prospectively. In reality, the reservation in employment became meaningful only after providing reservation in education. Therefore, it was a gradual and prospective process.

Second major reform was land reform, which affected the status quo. Whoever was tilling the land, became the owner. A person lost the land which was excessive and beyond his cultivability. It did change the ownership but never affected the possession and to some extent annual income.

In these above social reforms, there were sufferings, but they were limited and justifiable.  The reason was that they were implemented prospectively.

We need to consider the balance of convenience of misuse of right and hardship to the other party. It is commonly argued that misuse of law is part of the justice set up. Such sporadic misuses should be ignored in the light of the benefits drawn out of such legislations. This argument is detested by certain sections, which feel that so called ‘misuse’ becomes a major concern and is voiced again and again only when the law creates rights for women.

Keeping these arguments in mind, it is submitted that in this case if retrospective effect is given it will lead to mischief. As mentioned above, the family of old and infirm Hindu daughter would take undue advantage and it would result into unjust enrichment.

Another point, may not be a major one, but still important to note, is that, such retrospective implementation would create a chain reaction and lead to a chain of litigations. When a Hindu daughter claims her share in her coparcenary property, the Hindu son who has given a share would force his wife to file a similar case against her brothers. This chain would be unending. If prospective effect is given, then the litigation would be based on necessity rather than a ‘process of redressal’ or‘to prove a point’.

Historically many groups or communities were put to disadvantage in order to do justice. Most of the social reforms, like reservation policy, land reforms, land acquisition for developmental activity or public purposes, are implemented to correct the social evils of the history. To rectify such mistakes, independent India provided an unprecedented opportunity.

Therefore, it would be an unjustified suffering if one or two generations are made to bear the brunt of rectification of earlier exploitations. It would very much be justifiable if the next generation is made to share the property with a Hindu daughter.

Justice should be done to all by ensuring justifiable sufferings.