Correspondence between Executive about a former CJI is not privileged correspondence: CIC; directs disclosure of communication requesting probe against ex-CJI; [Read the Order] 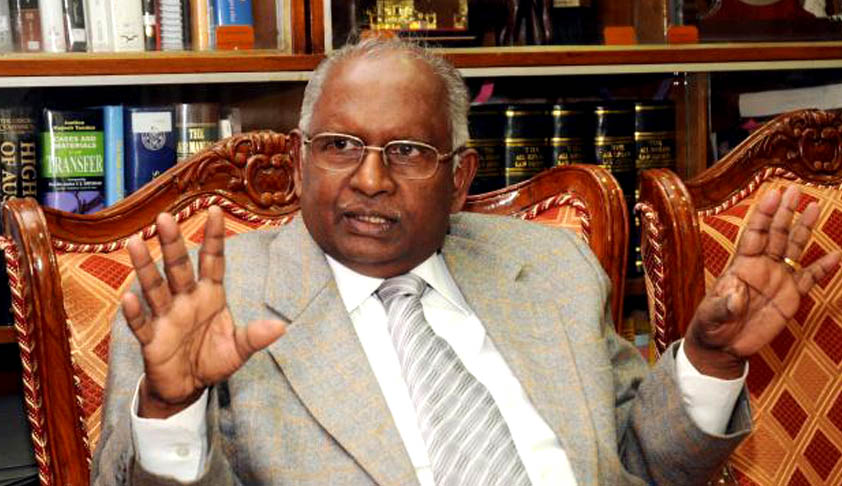 Directing the Department of Legal Affairs to provide all information regarding probe against NHRC Chairperson Mr. Justice K.G. Balakrishnan, Central Information Commissioner, Prof. M. Sridhar Acharyulu observed, "The information sought has nothing to do with the privilege of Parliament or State Legislature. The Correspondence between Executive about a former CJI is not privileged...

Directing the Department of Legal Affairs to provide all information regarding probe against NHRC Chairperson Mr. Justice K.G. Balakrishnan, Central Information Commissioner, Prof. M. Sridhar Acharyulu observed, "The information sought has nothing to do with the privilege of Parliament or State Legislature. The Correspondence between Executive about a former CJI is not privileged correspondence as per any provision of RTI Act or Constitution of India. It is not information given in fiduciary relationship. Assuming again for a moment that disclosure of such information about probe about former CJI would cause hard to 'protected interest', Section 8(2) comes to the aid of disclosure."

Section 8(2) says "…a public authority may allow access to information if public interest in disclosure outweighs the harm to the protected interests".

It hence ruled, "Nondisclosure of what appellant sought would not serve any public interest, would not harm any protected interest and in fact, public interest in its disclosure would outweigh the probable harm, if any, to protected (if at all protected) interests." It reiterated Justice Bhagwati's stand that the Government's privilege to withhold disclosure of documents is subject to the Right to Information of the individual.

The appellant, Mr. Subhash Chand Agrawal had contended that the communications between the Chief Justice of India and Union of India about the representations against former Chief Justice of India, Mr. K.G. Balakrishnan could not be said to be privileged, as it was about a former-CJI, not the CJI in office. He further contended that this will also not attract third party provisions as the representations are given by an NGO.

Such cases and others involving controversies about retired judges require Union government to treat them as normal citizens answerable under usual law of land. BJP-led Union government should stick to its earlier stand while in opposition that law may be amended so that there may be strict ban on post-retirement appointments of retiring judges for two years. Even NHRC Act need to be amended so that a retired Supreme Court judge may be appointed as its Chief after two years of retirement from Supreme Court."

Besides, the Court also looked into Article 74(2) of the Constitution of India and Section 123 and 124 of the Evidence Act and observed, "The Supreme Court considered examination of correspondence between Chief Justice of India and Government to determine whether requisite consultation for the appointments has taken place, in case of S.P. Gupta v. Union of India. Apex Court dismissed the argument that such correspondence formed part of advice given by the Council of Ministers and could not be disclosed by virtue of Article 74(2) of the Constitution of India. The Court held that while the exact advice given by the Council of Ministers to the President could not be examined by the Court, the material on which such advice was based was not excluded from the judicial purview."

Six judges of seven member Bench in that case had held that no privilege could be claimed with respect to the documents which constituted the material for forming opinion in the case of appointment and transfer of Judges.

Also, the Supreme Court in the case of S.R. Bommai held that Article 74(2) is not a bar against the scrutiny of the material on the basis of which the President has arrived at his satisfaction for issuing the Proclamation under Article 356(1).

The appellant had filed an RTI application in January 2013, seeking information regarding Supreme Court decision on the representation by the Committee of Judicial Accountability (CJA) seeking Presidential reference on allegations against NHRC Chairperson, Mr. Justice K.G. Balakrishnan.

Copies of CJA representations against Mr Justice KG Balakrishnan, Mr. Justice Y.K.Sabharwal aand any other former Chief Justice of India together with complete information on action taken on these representations by the Department of Justice or any other authority was also demanded.

The PIO had replied within a month, stating that "the Supreme Court while disposing writ petition W.P no. (C) No. 35 of 2012 in the matter of Common Cause vs. UOI suggested the   competent   authority   to   take   decision   on   CJA   communication.   Shri   Justice Balakrishnan has since retired as the Chief Justice of India and his department has no authority to investigate a requisite enquiry on retired Judges under the Judges (Inquiry) Act, 1968."

The appellant preferred a First Appeal, being unsatisfied with the information, and thereby, a Second Appeal as well.