No Country for Free Speech 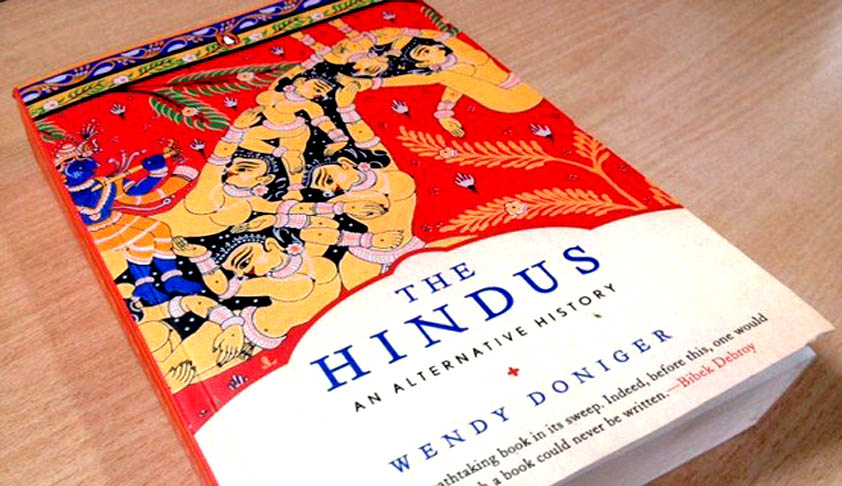 “If freedom of speech is taken away, then dumb and silent we may be led, like sheep to the slaughter.” ― George WashingtonUntil February 11, not many outside their respective circles, would have known about Dinanath Batra, an 84 year old retired School Principal, and currently, President of Shiksha Bachao Andolan Samiti, a rather obscure Delhi-based organisation or Wendy Doniger,...

“If freedom of speech is taken away, then dumb and silent we may be led, like sheep to the slaughter.” ― George Washington

Until February 11, not many outside their respective circles, would have known about Dinanath Batra, an 84 year old retired School Principal, and currently, President of Shiksha Bachao Andolan Samiti, a rather obscure Delhi-based organisation or Wendy Doniger, a scholar of Religion and Professor at the University of Chicago, for that matter.

But come February 11, the octogenarian Dinanath Batra was clearly the man of the moment following  Penguin India’s decision to withdraw the book ‘The Hindus: An Alternative History ‘by Wendy Doniger and pulp all existing copies of the book in stock at its own cost, following an out-of-court settlement reached by the publication company with the Delhi-based Shiksha Bachao Andolan Samiti, which had filed a criminal complaint in the year 2011, under Section 295A of the Indian Penal Code, which punishes deliberate and malicious acts intended to outrage the feelings of a religious community, over the publication of the book alleging “distortion” aimed at “denigrating Hindu traditions.”

The trouble for Penguin India started initially, with a legal notice issued by Shiksha Bachao Andolan to it in the year 2010, asking that the publisher and the author unconditionally apologise for the book and withdraw it. By 2013, Penguin India was fighting the battle on several fronts-it was fighting a civil suit as well as two criminal complaints.

The main contention of the group, which is believed to be close to the Right-Wing RSS, is that the book insults and offends Hindus. The book has been severely panned by the group for what it believes to be egregious mistakes ranging from factual errors to dates, to use of maps and to use of psycho-analytical tools, while viewing Vedic, Hindu and Indian gods. The group claimed that the book is ‘Clumsily written, each chapter is a shocking and appalling series of anecdotes which denigrate, distort and misprepresent Hinduism and the history of India and Hindus. Doniger uses selective quotations from obscure, peripheral and ignorant references with a bizarre emphasis on sexuality and eroticism.’

The decision by Penguin India sparked off an outrage in India, with leading academics, journalists, intellectuals and authors, ranging from Arundhati Roy on the Left to Swapan Dasgupta on the Right, unanimously condemning the move.

Siddharth Varadarajan, former Editor-in-Chief of ‘The Hindu’ and author of the book 'Gujarat: the Making of a Tragedy'  which was published by Penguin in 2002, went on to say, "If you are in the publishing business, it is assumed that you will write, edit and publish something that somebody might not like. And that's part of what living in a free democratic society is all about... Penguin should have fought it out rather than capitulate at the lowest court."

Prominent academics like Anil Sadgopal, Irfan Habib and many others also signed a statement drafted by the Safdar Hashmi Memorial Trust or SAHMAT calling Penguin's action "an early salvo in the renewed campaign to drown all questioning voices and prepare the ground for a full-fledged chauvinistic and communal presentation of our history and culture."

In a statement released for publication, the author of the book Wendy Doniger herself, expressed anger and disappointment on learnig about Penguin India’s decision. "I was, of course, angry and disappointed to see this happen, and I am deeply troubled by what it foretells for free speech in India in the present, and steadily worsening, political climate...the true villain of this piece — the Indian law that makes it a criminal rather than civil offense to publish a book that offends any Hindu, a law that jeopardizes the physical safety of any publisher, no matter how ludicrous the accusation brought against a book.”

Penguin however, in its defence had said that it had "an obligation to respect the laws of the land, however intolerant or restrictive."

Yet another book, arbitrarily decided to have offended the sensibilities of some stray elements, has thus been withdrawn from circulation. What is puzzling in all this is that no concrete or specific reason has been spelled out the publishing house, at least not in so many words, why it chose to reach an out-of-court settlement with the complainants instead of having fought the legal battle and defended the publication of the book. The abject surrender of Penguin Books has raised a few eye brows. Consider the facts: Here was a case where the publishing house, Penguin Books, was not visited with even a single act of violence by fringe elements since the publication of the book, as was the case with Salman Rushdie’s book Midnight’s Children, nor is there anything on record to suggest that the State had considered banning the book, or exerted any pressure on the group to consider recalling the book. As a statement issued by the Faculty of the Centre for Historical Studies, Jawaharlal Nehru University, put it, ‘what is most disturbing is the fact that Penguin Books — which had in the past a sturdy reputation of defending freedom of expression — has agreed to a settlement even without the Indian state or the Indian judiciary taking a position against the book.’

This decision by Penguin Books, will only serve to embolden the right-wing, and encourage further attacks on authors who challenge conservative readings of history and question the fundamentalist interpretation of the past, and subvert the right to freedom of speech and expression.

One can agree or disagree with Wendy Doniger’s interpretation of the Hindu scriptures and religious texts, but withdrawing her book, or for that matter, any book, does a disservice to the intellectual conversation that Indian society needs, and it empowers ignorance. One can disagree with the contents of a book, and make it explicit, but to exert pressure on the author and the publishers and the authors for having published it, and causing it to be banned, or withdrawn, as in the instant case, is nothing short of hooliganism and rabid intolerance that cannot have any space in our democracy, and makes a mockery of the Right of Free Speech and expression, enshrined in our Constitution. It’s easy to publish books that are safe. It’s for the ones that challenge us that the concept of free speech exists.

Penguin Books’ capitulation to a little-known fundamentalist outfit which succeeded in browbeating the publishing group into submission, thus has ominous consequences for our pluralist democracy. Section 295-A of the IPC, no doubt, needs to be revisited by our law makers, but a larger issue which we need to be worried about is that a growing culture of intolerance and fanaticism, that is so obviously incompatible with the very notion of a liberal, pluralist democracy, which we undoubtedly are, is taking root and spreading across the country at manic speed.

It is not just Wendy Dongier, but the liberal and right-thinking Citizen of this country, open and tolerant to different interpretations of the scriptures and historical texts, whom Penguin Books has let down in its surrender before the totalitarian Right. The incident really is an eye-opener: it shows how fragile and brittle, the Right to Free Speech is, in this liberal, pluralist democratic society of ours.

Post Script: As we go to press, the octogenarian crusader, Dinanath Batra, fresh from having secured a major victory against Penguin Books, is learnt to have decided to launch a fresh campaign against another book of Wendy Doniger - On Hindusim published by Aleph and Oxford University Press and NCERT text book, for presenting distorted versions of history.

Ajith.S is an Advocate practising in the High Court of Kerala. The author can be reached at [email protected]