As the country looses a Good Judge, Jurists unite for the Cause 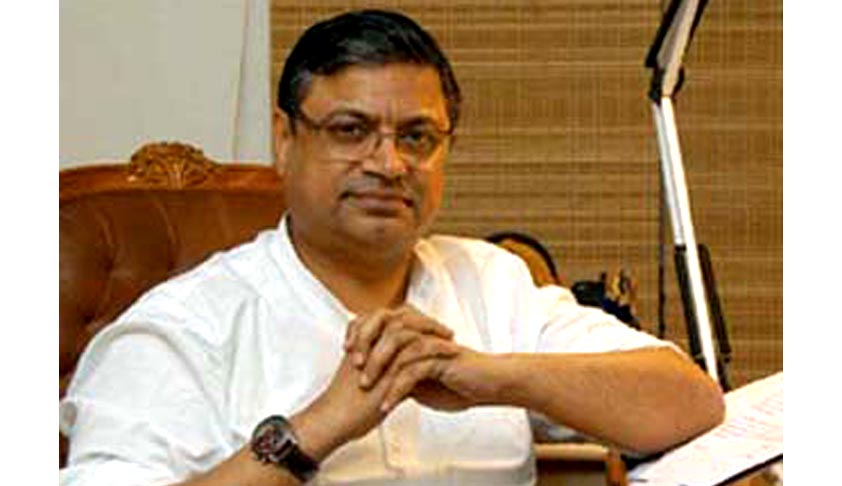 It isn’t common for the Government to segregate the Collegium’s suggestions. Had the Chief Justice chosen to reiterate its nomination of Subramanium, constitutionally, the government would have to comply. But Mr. Gopal Subramanium decided to withdraw, maintaining the integrity and independence which he is admired for, leaving the judicial system and the country to ponder upon the...

It isn’t common for the Government to segregate the Collegium’s suggestions. Had the Chief Justice chosen to reiterate its nomination of Subramanium, constitutionally, the government would have to comply. But Mr. Gopal Subramanium decided to withdraw, maintaining the integrity and independence which he is admired for, leaving the judicial system and the country to ponder upon the treatment that was meted out to him during the last month. As Justice(Retd) Rajinder Sachar rightly puts it, Government behaving in a small manner, the court has lost a good judge.

He seems to have awakened the legal fraternity for his cause. In his interview to CNN IBN, Subramanium beamed

with support extended by former Chief Justice of India M.N. Venkatachaliah and former Supreme Court Judge V.R. Krishna Iyer. Venkatachaliah on Wednesday criticized the government for unilaterally segregating the name of former Solicitor-General Gopal Subramanium and approving the names of other three persons recommended by the Supreme Court collegium for appointment as judges.

He criticized the Government for not having consulted the collegium before de-linking his name and told The Hindu, “Suppose, if Mr. Subramanium’s name was the first among the four names recommended by the [Supreme Court] collegium, the government is not entitled to clear names 2, 3 and 4 and withhold the first name. The entire file with objections regarding the particular candidate has to be sent back to the collegium for re-

consideration. This is what the Memorandum of Procedure between the judiciary and the executive says”.

Praising Subramanium’s caliber, Iyer stated, “He is a sound lawyer with great integrity and will be a tribute to the Supreme Court Bench if he is installed as the judge of the Supreme Court of India.  However to eliminate him from that post will be an indefensible disaster a disappointment which the country need not suffer from at all.”

Mr. Subramanium definitely deserved better for the service that he has bestowed the nation with. The Supreme Court has been his temple, with his father being one of the Court’s earliest regular practitioners. He has time and again given evidence of his credibility, of his commitment to the profession. He, along with R.F. Naiman, was among the youngest persons to be designated as senior advocates by the Supreme Court. Mr. Subramanium and his teams’ extraordinary efforts formed the basis of the Verma report which led to amendments to the rape law after the Delhi gang rape incident in Delhi in 2012. Subramanium was an Additional Solicitor General from 2005 to 2009 and later Solicitor General up to 2011. He was also chairman of Bar Council of India for 2010-11. He also represented the CBI in the 1993 Mumbai serial blasts case and was prosecution counsel in the Parliament terror attack case.He worked on Ajmal Kasab’s appeal for a nominal fee of one rupee. Recently, acting as amicus curiae in safeguarding the wealth of the Anantha Padmanabhaswamy temple, Mr. Subramanium went out of his way in cleaning its sacred tank and spending nearly a crore from his own pocket.

Senior Supreme Court lawyer, Harish Salve however, blamed the collegium system and said, "I don't blame the judiciary but I blame the system, which allowed to evolve and continue. I have been a critique of this collegium system. It is not serving the Indian judiciary or democracy. I think to say that the executive should not have the last say in the appointment of judges is what we all fought for. But equally to say that the executive should have no say in the selection of judges is something which may be unacceptable,"

Although the Constitution of India provides for appointment through three categories of persons, namely high court judges, lawyers and academics, the Supreme Court judges in India are seldom appointed from members of the bar. Usually, a former Chief Justice of a High Court is elevated to the position of a SC judge.

The appointment of judges to the Supreme Court and the High Court is provided under Article 124(2) and Article 217(1) of the Constitution of India, 1950. Under these provisions, the President of India is required to “consult” with the Chief Justice of India and in case of High Court appointments, to consult the Governor and the Chief Justice of the respective High Court. The Supreme Court in the case of Supreme Court Advocates-on-Record Association v. Union of India construed the word “consultation” to be equal to “concurrence”. The Advisory Opinion of the Supreme Court in 1998 laid down the process of appointment, whereby the judiciary through its “collegiums” consisting of the Chief Justice and two or four senior judges, would propose names to the President, who then is bound by the decision of the Collegium. This procedure of appointment in effect, confers upon the judiciary the power to appoint judges of the higher courts.

Hence, if the collegium would’ve resend Subramanium’s name for the post, the ministry would’ve been bound to approve it. However, as Subramanium reckoned in his interview, it would’ve made him feel like an unwelcomed guest to the bench.

SC lawyer Kamini Jaiswal echoed his cause, stating, "This is fixing par excellence. We have a fact and case in issue. You cannot ruin a man's character. If he was not competent, five judges of the SC would not have recommended him. The fact that all the people who appeared for the government in cases have been awarded is evidence of that." Questioning the motive of the government, Jaiswal said, "When you are independent and you are not ready to go with the tide, this is what happens."

Sanjay Hegde, a prominent lawyer of the Supreme Court was however pained with the character assassination tactics undertaken by the Government and stated that, "This government does not find Subramanium suitable. There have been earlier instances where the government said they will not appoint a person because they come from a particular organisation." Hegde instead took "exception to the way the government has gone about it. All this controversy could have avoided. Instead they chose to question his character." He rightly added that if the CBI could trust Subramanium with the prosecution of Ajmal Kasab and send him abroad for David Headley, then for the government to say no is wrong.

Subramanium was hurt by the media reports questioning his service and claimed that. “As far as 2G case goes, I was shocked to see that the extent of criminality wasn’t revealed to me by the government on its own. I have been hurt by the kind of media reports which have appeared about me. I just wish to put it on record for you that I never ever interacted with any lawyer in the case.”

Senior advocate Rajeev Dhawan told HT that “It’s the executive mischief that prevented his name from being forwarded. All files have to be sent to the President together. They cannot be segregated. There is no doubt that all the controversies are political. Despite the withdrawal the collegium should stand firm, reiterate his name and persuade him to accept it,”.

Former Delhi high court judge Justice RS Sodhi was of the opinion that “Files of all the recommendations move together. If there is any short-coming, only the collegium can accept or reject it. It’s not for the government to choose,”"This was a nefarious design of the executive, in which the executive succeeded,"He added.

The new Government had urged CBI to investigate the truth behind the alleged meeting. CBI had replied that when the meeting had taken place, CBI hadn’t engaged Subramanium in its 2G investigations at that stage, but referred to his alleged associations with corporate lobbyist Niira Radia, where it suggested that Subramanium received certain corporate favors. Subramanium had denied these favors from the Taj Group of hotels in the form of complimentary swimming facility organized by Niira Radia.

No comment has come from the Government’s side yet. "I don't think it is appropriate for me as the Law Minister to make a comment on the matter. As far as Mr Gopal Subramanium's public comment is concerned, we have no comment to offer," Law and Justice Minister Ravi Shankar Prasad told reporters. "The appointment of SC judges being a sensitive matter, it will not be appropriate or desirable for me to make a comment and I don't wish to," he added.

In his letter to the CJI, Subramanium had written about his own fears and doubts “as to the ability of the executive government to appreciate and respect the independence, integrity, and the glory of the judicial institution", adding, "I do not expect this attitude to improve with time" and that "It is sad day as the judiciary has been compromised.”

The controversy of 1973 had its roots in Indira Gandhi’s aspiration not to have Justice K.S. Hegde appointed as Chief Justice of India. She succeeded but the events ultimately lead to the Emergency and the ADM Jabalpur case, which destroyed her as a democrat. The system somehow succeeded in wavering the trust of the man, who has seen the system from within and worked his days and nights through it, the man who spent years to earn the respect with which the collegium recommended his name. With his trust wavering, what can the common man who relies on this very system for safeguarding its rights, expect? The country lost a good judge, it indeed is a sad day for the judiciary.