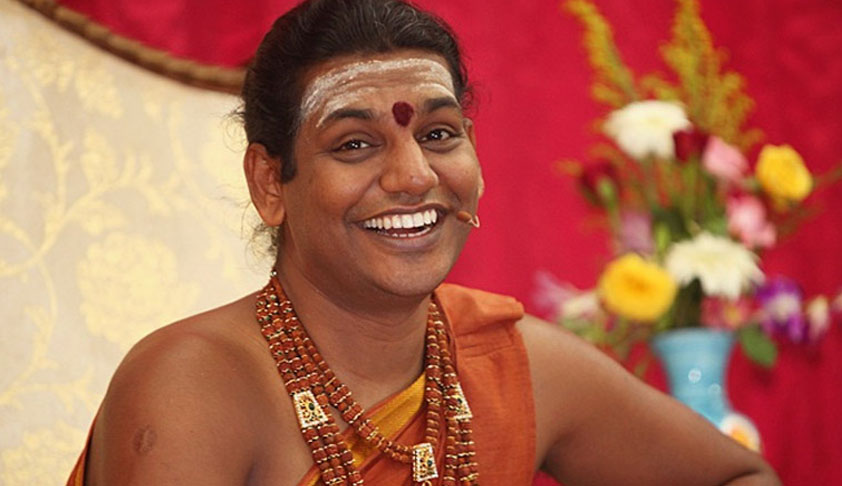 The Madras High Court has restrained controversial godman Nithyananda from entering Madurai Adheenam Mutt on a plea by one of the devotee of the Mutt.

M Jagathalapradapan, the follower and worshipper of 292nd Madathipathi of the mutt, had approached the high court seeking action against Nithyananda who is trying to trespass into the Adheenam Mutt, attempting to swindle the funds of the mutt and to capture the properties and temples attached thereto.

Justice R Mahadeven, who heard the plea, observed that Nithyananda’s appointment has been revoked and pending adjudication before the civil court, hence, he has no right to enter into the mutt or any temple under the mutt either as a Junior Pontiff or 293rd Pontiff.

The court further observed: “He is also evident that for a person to be appointed as a madathipathi, he has to be a sishya of the another and must denounce everything attached to him. In this case, the eighth respondent is a self-styled Madapathi of Nithyananda Dyanapeetam, Karnataka. While so, his claim of being a follower of the sixth respondent is fallacious. Also, a madathipathi of one mutt normally cannot be appointed as a pontiff of any other mutt, which follows a different philosophy. In the present case, in addition to the above, the eighth respondent has his own ashram at Bidadi. In such event, he could not have resided continuously at Madurai, which is also not his case.”

The court also made an observation that if a person, who is likely to bring disrepute to the mutt because of any of his traits or practices not in line with the procedures and philosophies of the mutt, is appointed, he can be removed or his appointment can be revoked by the pontiff himself.

Issuing a slew of direction to the state as well as the Commissioner, HR & CE, the court remarked: “The country is mounting with self-proclaimed godmen like the eighth respondent, who claim to be spiritual gurus initially and later proclaim themselves to be god and in the process end up amassing wealth and abusing innocent and vulnerable children and women.”