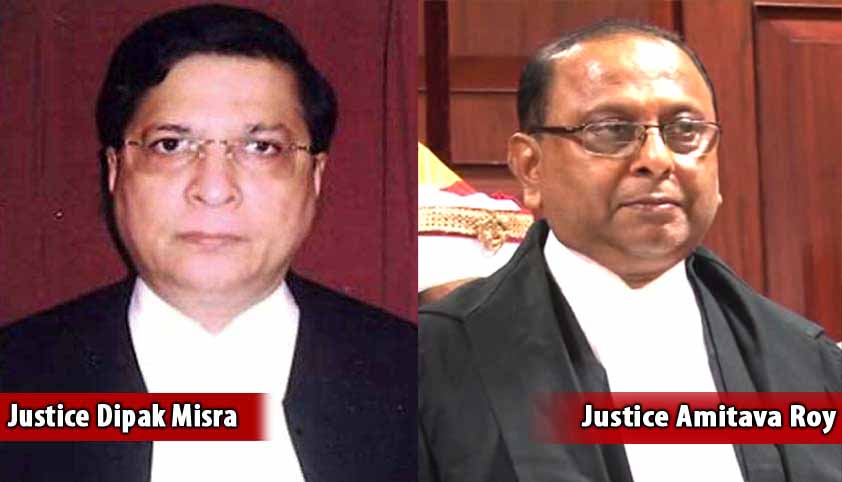 The Supreme Court in a PIL filed by Shyam Narayan Chouksey, awaiting response from the Government, laid down 7 interim measures to secure respect for National Anthem by the citizens. A friend at bar wrote on his blog that how the order is illegal and amounts to judicial censorship and another wrote on how it is judge centric and the same judge in a similar petition by the same petitioner...

The Supreme Court in a PIL filed by Shyam Narayan Chouksey, awaiting response from the Government, laid down 7 interim measures to secure respect for National Anthem by the citizens. A friend at bar wrote on his blog that how the order is illegal and amounts to judicial censorship and another wrote on how it is judge centric and the same judge in a similar petition by the same petitioner had passed a similar order in his term as a judge in the Madhya Pradesh High Court. Readers may also read the advisory issued by the Ministry of Home Affairs in this context and a three Sections long statute book called Prevention of insults to National Honour Act, 1971 to have an overall backdrop of what it is about. My endeavour however here is questioning borrowing of a wonderful doctrine of law in an absurd manner i.e. Constitutional Patriotism.

The order in direction no.(c) speaks –

“National Anthem or a part of it shall not be printed on any object and also never be displayed in such a manner at such places which may be disgraceful to its status and tantamount to disrespect. It is because when the National Anthem is sung, the concept of protocol associated with it has its inherent roots in National identity, National integrity and Constitutional Patriotism.”

“Be it stated, a time has come, the citizens of the country must realize that they live in a nation and are duty bound to show respect to National Anthem which is the symbol of the Constitutional Patriotism and inherent national quality. It does not allow any different notion or the perception of individual rights, that have individually thought of have no space. The idea is constitutionally impermissible.”

The Court therefore brings in, perhaps for the first time a brilliant phenomenon of law called Constitutional Patriotism but in relation with the National Anthem and calls it as a symbol of Constitutional Patriotism. The doctrine was born in postwar West Germany. Political philosopher Dolf Sternberger, a pupil of Hannah Arendt, coined it in the late 1970s and it was subsequently taken up by Jürgen Habermas who attempted to propose a plausible form of collective identification for Germany and for the European Union. In general, the concept of Constitutional Patriotism designates an idea that political attachment ought to center on the norms, the values, and, more indirectly, the procedures of a liberal democratic constitution. Thus, political allegiance is owed, primarily, neither to a national culture (liberal nationalism) nor to “the worldwide community of human beings,” as, for instance, Martha Nussbaum's conception of cosmopolitanism puts it. It is here, when Justice Dipak Misra makes the first mistake. Justice Misra uses national identity, national integrity and constitutional patriotism collectively to find the inherent roots of the protocol securing respect for the National Anthem which is precisely why Constitutional Patriotism is different from nationalism.

Constitutional Patriotism, as Patchen Markell puts out in his 2000 paper, is different from national identity and a particular political morality and works though in the same field is not exactly an attachment or an identity or a resistance to identification. The logical question which pops up here is whether Constitutional Patriotism is a kind of a civic loyalty or a particularist loyalty or as the critics say, is merely an aspirational oxymoron. In my view, the root understanding of the doctrine lies in the overall purpose it tends to serve, its consequences and specifities. Please note that Constitutional Patriotism is not simply a functional substitute of nationalism as Justice Dipak Misra wrote and is not a variety of Political Liberalism which Rawls has specifically defined.

The purpose of Constitutional Patriotism is not a statist nationalism or surrender of political will, but to cultivate a sense of devotion towards constitutional requirements. It serves as a doctrinal tool towards achieving and maintaining a democratic political rule, which is only possible under a rule of Constitution and not of political will. The doctrine suggests that a particular form of political democratic rule as laid down by the Constitution shall prevail which demands cooperation by the state subjects in form of patriotism not only towards the state but towards the Constitution. It is again here, when Justice Misra’s understanding fails us when he treats National Anthem as a symbol of Constitutional Patriotism. Justice Misra further used an interesting term ‘inherent national quality’, which subject to my limits of comprehension is beyond the Constitution completely. The idea of commitment towards Constitution or a sense of attachment to constitutional norms cannot be compelling in nature. And that is precisely why, respect towards Constitution and its ideals and institutions, is a Fundamental Duty. The state may seek attention of its subjects towards respect and earn it, but cannot compel respect. It is trite law that the founding fathers and mother did not deliberately insert Fundamental Duties in Chapter III to make them not enforceable per se. Had the intention been to make duties enforceable like rights, the framers of the Constitution and the Judiciary later on would have interpreted so. There are decorated rules and a dedicated statute book to avoid insult to National symbols but the Constitution has not commanded anywhere to force a citizen to surrender one’s individual political will in lieu of legitimate exercise of power.

Justice Misra has banned commercial exploitation to give financial advantage or any kind of benefit. He has also banned any dramatization and National Anthem cannot be included as a part of any variety show. Infact he makes it almost a thought crime by writing “To think of a dramatized exhibition of the National Anthem is absolutely inconceivable.” National Anthem or its part cannot now be printed on any object or displayed in any manner disgraceful to its status and tantamount to disrespect. All cinema halls nationwide shall now play the anthem before feature films starts with National Flag in the backdrop and all present must stand up while the entry and exit doors remain closed. (It will definitely better than the jewellery ads and the typical Don’t Smoke ads) Leaping ahead, an abridged version of National Anthem for whatever reason is also banned which is against the advisory policy drafted by the MHA, as referred earlier in this piece.

I ask myself, perhaps and I want you to think, is this Constitutional Patriotism or a national anthem a symbol of it? I leave it to one’s wisdom, and perhaps, Supreme Court’s judge centric will, as to whether one is a Patriot or a Nationalist or now, a Constitutional Patriot and if one is, is the State’s label a pre requisite for it? The judgment and final order will speak a lot. Hopefully it will incorporate what Bijoe Emmanuel and Naveen Jindal cases held. Till then, Fingers crossed!