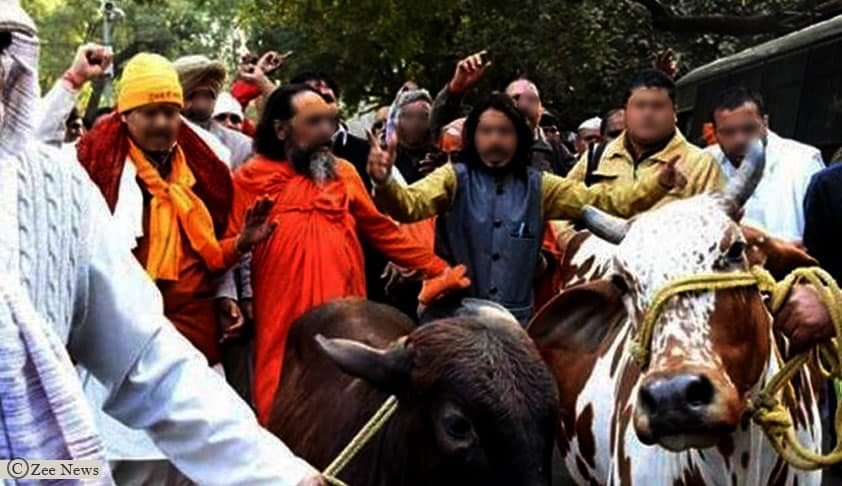 The Modi Government on Friday made a categorical statement before the Supreme Court that they  do not support any cow vigilantism and said it will be soon stated in an affidavit.

Solicitor General Ranjit Kumar appearing for the Centre also said these were issues of state subject being subject of law order and it was for the state's to control them.

The bench however asked the Centre and States to file affidavits within four weeks.

The AG also said the Government has made a statement in parliament that states are taking action in each case and accused have been jailed.

State of Gujarat told the bench stern action had been taken.

On April 7, the Supreme Court had formally issued notice to the Centre and some States on a petition which sought a ban on cow protection vigilantes for indulging in violence.

The bench headed by Justice Dipak Misra issued notice to Rajasthan, Uttar Pradesh, Maharashtra, Gujarat, Jharkhand,Karnataka  etc. where such vigilante groups are valid and given licenses.

“We want their responses” the bench had said seeking replies within four weeks.

The hearing had happened amidst nationwide outrage over killing of a man allegedly by a cow vigilante group in Rajasthan’s Alwar . Thereafter two at least four such incidents have been reported.

Agreeing to adjudicate on the raging controversy for the first time, a division bench of the Supreme Court headed by justice Dipak Misra on October 21 last year said it will examine the issue if the cow protection vigilate groups across the country should be banned for allegedly indulging in violence.

OK. Let us go though the petition in detail. Yes we will examine the issue”, the bench had told Sanjay Hegde, the senior lawyer who appeared for social activist Tehseen Poonawalla who has filed a PIL on the issue and directed the registry to serve a copy of the petition to the Union of India “so that they can appoint a lawyer” to put forth their stand.

Poonawalla filed the petition in August last year seeking direction to the Centre and some states to take action against so-called cow vigilantes, who are allegedly spreading violence and committing atrocities against Dalits and minorities.