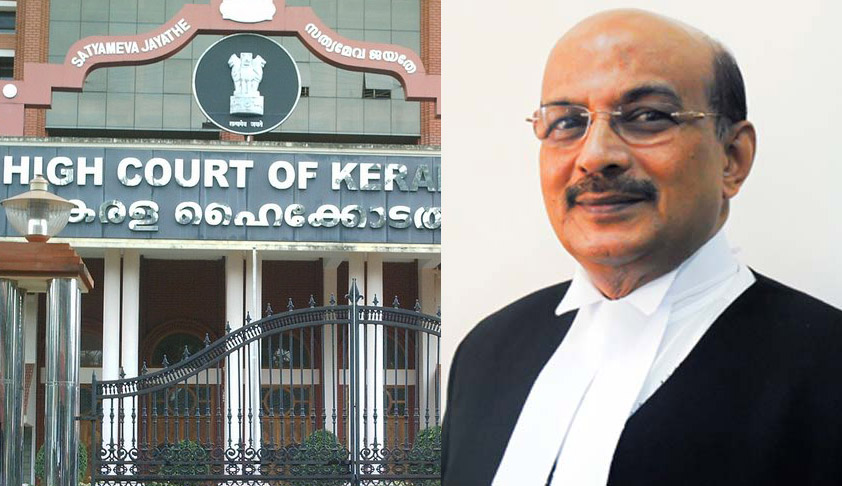 A member of Kerala Legislative Assembly V Sivankutty MLA has filed a complaint to the High Court of Kerala through its Registrar General seeking action against advocate general KP Dandapani  for violating constitutional provisions by continuing private practice while holding a constitutional postTOI reported the CPI(M) MLA as having stated in his complaint that once an advocate is appointed...

TOI reported the CPI(M) MLA as having stated in his complaint that once an advocate is appointed as the advocate general, he should not conduct private practice, as per the Constitution. In stark contrast to this, the present advocate general has put up the name of his private office, Dandapani Associates, in front of his house and is engaging in private practice, it is alleged.

Sivankutty MLA has reportedly stated that the AG’s wife and son have appeared for the opposite side in around 270 cases conducted by the advocate general for the state. When a criminal named Gireesh Kumar alias Ali Bhai, who is wanted by Interpol, was represented by the AG's son and wife, the government pleader colluded with them to obtain bail, it is alleged in the complaint.

The complaint filed by V Sivankutty MLA has also questioned appointment of AG's son Millu Dandapani as the legal advisor for 34 institutions after the AG came to power.

Pointing out the conflict of interest in the AG engaging in private practice, the complaint stated that the cases that were being run by Dandapani for United Distilleries since 2002 are now being run by his wife Sumathy Dandapani for Dandapani Associates. Similarly, Dandapani's cases since 2002 such as that of Banerji Memorial Club at Swaraj Round in Thrissur and case over encroachment of government land in Thrissur worth Rs. 100 crore are now conducted by Dandapani Associates, with the government on the opposing side, the complaint said, according to TOI.

Further, it is alleged by the complainant that Dandapani is not qualified to continue holding the constitutional post of advocate general.

The Advocate General of Kerala has been in the eye of a storm for some time now as he has been embroiled in one controversy over another.

Earlier this year, a complaint was filed by Advocate JS Ajith Kumar before the Bar Council of Kerala alleging “unfair practice” on the part of Advocate General KP Dandapani following which the Bar Council had issued notice against the Advocate General. The complaint filed on January 14th alleged that the Advocate General has worked in violation of professional ethics and constitutional morality. The complainant had alleged that Mr. KP Dandapani’s family, i.e. his son and wife have appeared in several cases as Standing Counsels for various PSUs, leading to a loss to the State Government. The complainant had asked for a probe into the matter and has also prayed that the enrolment of the Advocate General alongwith his wife and son as a lawyer should be cancelled. Though the issuance of the notice was challenged by Mr. Dandapani before the High Court of Kerala and a stay obtained on admission, the same was vacated later by the High Court.

It may be recalled that only last week,  the Kerala High Court had ordered an enquiry to be conducted by the Chief Secretary against the Advocate General’s (AG’s) office for failing to secure instructions in 4 cases registered by the Vigilance and Anti-Corruption Bureau (VACB) under the provisions of the Prevention of Corruption Act which relates to alleged illegal assignment of around five acres of government land to two persons.  Justice Alexander Thomas had expressed his anguish at the lack of interest shown by the Government in conducting certain cases and how the orders issued by the Court were not being implemented. Asking the Chief Secretary to conduct a proper and effective enquiry, the court directed that officers superior to the chief secretary should not guide or advise him during the enquiry. “The Chief Secretary should inquire into the mishap and how repeated attempts of the court to secure instructions from the authorities have been frustrated. A proper and effective inquiry should be made by none other than the Chief Secretary and the report should be directly furnished by him to the Registrar General. In the process, the Chief Secretary should not be guided or take advice from superior officers,” Justice Alexander Thomas had directed.

Prior to the said incident last week, Justice Alexander Thomas had criticised the functioning of the office of the Advocate General in the state and asked the AG’s office to take lessons on working from neighbouring Tamil Nadu. The judge observed that the Advocate General should follow the example of the office of the Advocate General in Tamil Nadu, which is  handling cases like Mullaperiyar perfectly. If time permits AG should visit the office of his Tamil Nadu counterpart in person, Justice Thomas had said. Justice Thomas had further commented that majority of the government pleaders are nominees of Abkari (liquor) contractors and business tycoons. The court also flayed Chief Minister Oommen Chandy for criticising Attorney General for appearing in the bar case. Justice Alexander Thomas stated that the Chief Minister has no right to question the Attorney General when the AG’s office was in “shambles”. When another case related to money laundering came up for hearing, Justice Thomas said an undeclared emergency was prevailing in the state with the police creating terror. “Anti-Kubera drive of the police has become anti-Kuchela. The police should be ashamed of its conduct. Somebody is making money. Entire political class is behind this,” the judge had observed then.