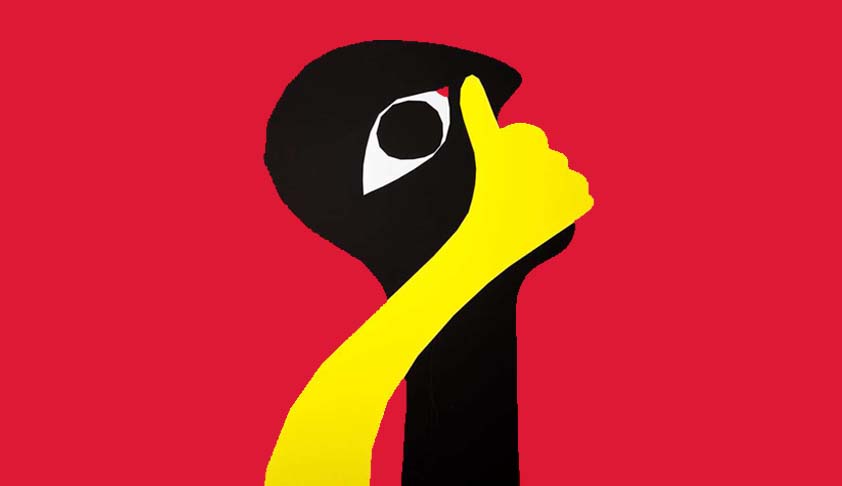 In the criminal defamation case against Kejriwal, media reports manage to convey the palpable pleasure of Mr. Jethmalani in cross examining Mr. Jaitley. In the midst of the bickering over the payment of his fee, we may well find Jethmalani with his maverick ways, offering to pay Kejriwal for the pleasure and the opportunity for the cross examination!It is relevant to recollect that the...

In the criminal defamation case against Kejriwal, media reports manage to convey the palpable pleasure of Mr. Jethmalani in cross examining Mr. Jaitley. In the midst of the bickering over the payment of his fee, we may well find Jethmalani with his maverick ways, offering to pay Kejriwal for the pleasure and the opportunity for the cross examination!

It is relevant to recollect that the Editors Guild had met the then Minister of Information and Broadcasting Ambika Soni in 2011 asking for amendment of the Indian Penal Code to decriminalize defamation pleading that it was outdated and a source of harassment to journalists. The Executive Committee of the Guild had submitted that it led to disproportionate penalties on journalists and pointed out that many countries including Sri Lanka, the United Kingdom and the United States have decriminalised defamation laws. The Law Minister at the time Veerappa Moily had given an assurance that a solution would be found to decriminalizing defamation. The efforts of the Guild despite the assurances came to naught and criminal defamation as an offence remains very much on the statute books.

The provision was challenged by the inveterate litigant Mr. Subramaniam Swami and has been upheld as valid and constitutional by the Honourable  Supreme Court of India in the case reported as Subramaniam Swamy versus Union of India. Incidentally, Mr. Swami is so frequent a visitor to the Apex Court that he has got an identity card made as the clerk of his advocate wife to facilitate entry into the hallowed premises.

The first sentence of the 268 page Swamy judgment is illustrative as to the reasons for the quality and length of the verdicts delivered by Indian courts and is worth quoting:

The second sentence of the judgment trumps the first one by spades! The lynchpin of the judgment is the value to be placed on reputation and character as well as the right to privacy of a person. Lest we miss the point the verdict quotes Shakespeare from Othello and Richard III, Socrates and Aristotle.

There is no specific fundamental right to privacy in India, except as in so far as judicial interpretation has included it as a facet of the valuable right to life and liberty under Article 21 of the Constitution. It is interesting to note that U.K. does not have  constitutional rights and the common law does not recognize right to privacy, therefore newspaper are free to obtain and publish details of private lives without any public interest  justification. Akin to the right to the privacy, there is no specific fundamental right of the press in India, and it is through judicial interpretation that it has been has been read into the fundamental right of freedom of speech and expression guaranteed to citizens under Article 19(1)(a) of the Constitution.

Like the major body of laws in India, the law with regard to defamation comes through the route of the English Common Law which places a high value on reputation as a ‘man’s’ property more valuable than material assets and a jus in rem, a right good against all the people in the world. Under the Common Law statements exposing a person to public hatred, contempt and hatred were considered defamatory and fell in the category of libel and slander. Libel involved publishing defamatory statements tending to injure the reputation of another person and slander constituted statements through spoken words or gestures. Criminal liability under English Law was attracted when libellous matter had a direct tendency to provoke breach of the peace. This involved tendency to arouse angry passions, provoking revenge or challenges to fight, thus endangering public peace and therefore fell in the category of criminal offence.  Defamatory statements without the element of breach of peace were civil wrongs. The remedy for civil wrongs is damages and apology while a criminal offence is punishable with imprisonment and fine.

In the Indian law, the liability for the civil wrong of defamation continues to be governed by the Law of Torts, evolved as Common Law by courts in England. The Law of Torts, coming from tortuous or twisted conduct, is not codified in a statute and continues to primarily depend on judgments of common law courts of England. However, the law with regard to criminal liability for defamation was codified under section 499 and made punishable under Section 500 of the Indian Penal Code, 1860.

Criminal Defamation has been defined as imputation by publishing, spoken words or signs intending or knowing or having reason to believe that it will harm the reputation of the person. Harming a person’s reputation has been defined by broad strokes of the brush as an imputation which lowers the moral or intellectual character, or lowers the character of a person in respect to his caste or calling or lowers his credit or causes to be believed that the body of the person is in a loathsome or disgraceful state. Ironical expressions are also included in defamation and imputations could be against a person or a company or an association or collection of persons. Defamation has been made punishable with imprisonment up to two years or with fine or both. Imprisonment directly affects the valuable right to life and liberty guaranteed under Article 21 of the Constitution.

Imputations which are true and for the public good, public conduct of public servants and conduct of a person touching any public question have been taken out of the category of criminal defamation. Similarly, reports of court proceedings, merits of decided cases or conduct or witnesses, merits of public performances, censure by lawful authority, accusation in good faith to authorized person and imputation or caution made in good faith to protect interests or for the public good have been carved out as exceptions under Section 499 IPC. Truth is not a complete defense to a charge of criminal defamation, and it must also be proved that the imputation was made for the public good.

There are no absolute fundamental rights under the Indian Constitution. The right to freedom of speech and expression under Article under 19(1)(a) is subject to reasonable restrictions under Article 19(2) of the Constitution in the interests of sovereignty and integrity of India, security of state, friendly relations with foreign states, public order, decency or morality, contempt of court, defamation or incitement to an offence. The freedom of the press is not on a higher footing than the freedom of an ordinary citizen and subject to the same limitations. The right is fettered by a whole range of restrictions including vague and imprecise concepts like decency, morality and security of state.

The Apex Court in the Subramaniam Swamy judgment has upheld the criminal defamation provision holding it to be a reasonable restriction under Article 19(2) on the right to free speech and expression guaranteed under Article 19(1)(a) of the Constitution.  It is pertinent to note that despite the exceptions carved out the definition of criminal defamation remains broad and vague and creates vulnerability with the threat of curtailment of liberty through imprisonment and leaves space for harassment, especially by the rich, high and mighty. In the context of the civil defamation case by Mr. Jaitley seeking Rs. 10 crores, it is relevant to keep in mind that even the civil defamation law is by and large, recourse for wealthy public figures hiring expensive lawyers to seek damages at perceived unfair treatment and a feeling of being pilloried by the popular press.

The criminal defamation law enacted in 1860 remains unchanged after the passage of a century and a half and merits revisiting by the legislature. Perhaps narrowing the definition and restricting it to defamatory statements inciting to an offence or violence as punishable offences could be an avenue of exploration in the arena of criminal defamation law.

Rakesh Shukla is an Advocate practising in the Supreme Court of India and  Consultant, International Psychoanalytical Association Committee of Psychoanalysis and Law.