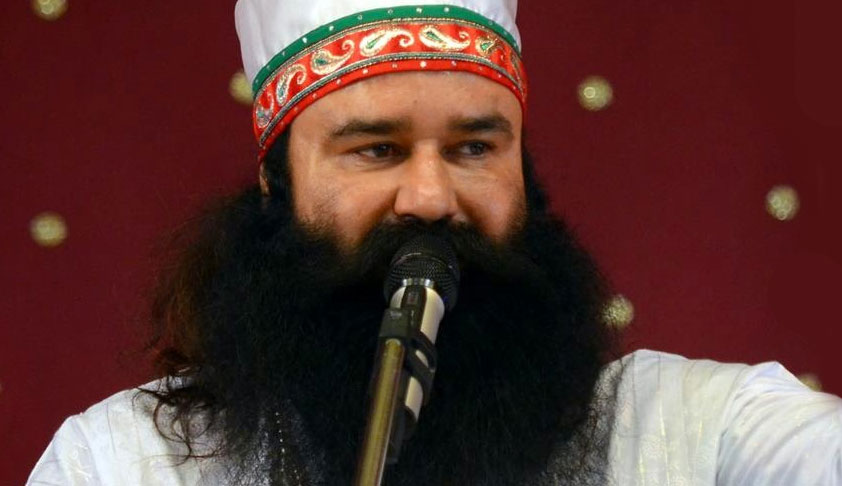 A frustrated judge in an English (adversarial) court finally asked a barrister after witnesses had produced conflicting accounts, 'Am I never to hear the truth?' 'No, my lord, merely the evidence', replied counsel.     Peter Murphy’s illustration about adversarial justice delivery system is cent-percent true when we discuss about Indian justice delivery system. The ongoing uproar...

A frustrated judge in an English (adversarial) court finally asked a barrister after witnesses had produced conflicting accounts, 'Am I never to hear the truth?' 'No, my lord, merely the evidence', replied counsel.

Peter Murphy’s illustration about adversarial justice delivery system is cent-percent true when we discuss about Indian justice delivery system. The ongoing uproar on conviction of Baba Ram Rahim is the result of 15 years long trial by a specialized court that are meant to be speedier than ordinary courts. When first time idea of special court was introduced, it was resisted on the ground that it is against rule of law. The Apex Court in Anwar Ali Case and Kathi Ranning Rawat Case upheld it on the ground that it is based on doctrine of reasonable classification i.e. there may be certain offences whose trial requires priority over the rest and when it is intended to provide that they should be tried more speedily than other offences. It would require in certain respects a departure from the procedure prescribed for the general class of offences. However, speedy administration of justice, especially in the field of the law of crimes is a necessary characteristic of every civilized Government and there is not much point in stating that there is a class of offences that require such speedy trial.

The Trial of Baba

The trial of Ram Rahim once again validates the insistent crisis in Indian criminal justice system. The accusations against Gurmeet Ram Rahim were made by a Dera Sadhvi (2002) by writing an anonymous letter to then Prime Minister Atal Bihari Vajpayee. The letter also alleged that accused Gurmeet is involved in sexual exploitation of many females’ followers inside the Dera. The Punjab and Haryana High Court took suo motu cognizance of the Sadhvi's letter and directed the Central Bureau Investigation (CBI) to register case against the Dera chief (2002). The CBI filed the charge sheet (2007) and the trial commenced in 2008. It took 9 years to come to the conclusion that Ram Rahim is guilty. Adversarial system which functions on principles--“presumption of innocence” and “let the thousands of culprits may go free but no innocent should be punished” let Ram Rahim free for sexually assaulting his gullible and blind followers for fifteen long years. Gurmeet Ram Rahim is also facing trial in two separate murder cases: One of Dera follower Ranjit Singh in July 2002 and second of journalist Ram Chander Chattrapati in October 2002. He has under our constitutional system ‘right to appeal’ and many forums are still to be exhausted before final conviction. If this is the state of affairs in a specialized criminal court then we need to seriously think over our adversarial justice delivery system.

The adversarial system of justice administration was espoused in common law countries. It relies mainly on the skills of the advocates representing their party's positions rather than on some neutral party, usually the judge, trying to ascertain the truth of the case. Such judges decide often when called upon by counsel rather than of their own motion, what evidence is to be admitted when there is a dispute. In the adversarial model, the parties are responsible for initiating and conducting the litigation. In addition, the parties bear primary responsibility for determining the sequence and manner in which evidence is to be presented and legal issues are to be argued. Underline principle of adversarial system is “innocent-until-proved-guilty.” Adversarial system may also be branded by high cost, delay, contributing to a regime of plea bargaining, uncertainty of law, lawyer dominated approach and total lack of parity of powers between the two parties to the litigation. The natural consequence of this mode is that justice is like any other commodity to be purchased only by those who could afford its cost. Formal not effective access to justice and formal not effective equality is all that is sought.

To deliver speedy criminal justice, it is indispensable to have a time-bound mechanism for hearing, arguing, deciding including appeals of the cases. A law can be enacted prescribing an upper limit of time by which a criminal case has to be finally decided. This could be a maximum of six months or one year depending upon the complexity of the crime. All the stakeholders namely the accused, police, lawyers, witnesses, judges at various levels have all got to become accountable for finalizing the case before the prescribed time-limit. For any deviation from the limit, they must assign reasons for non-compliance in writing. Another issue which crops up frequently is the witnesses turning hostile. They declare the truth at the commencement of the case and later give opposite evidence in the court or they refuse to attend the court. This arises either due to the fear of the accused and the police or due to inducements of different types. A strict mechanism has to be evolved for preventing the witness turning hostile.

The Malimath Committee gave its apprehensive consideration to the question as to whether this system is satisfactory or whether we should consider recommending any other system. The Committee as an alternative studied in particular the inquisitorial system followed in France, Germany and other Continental countries. The inquisitorial system is undeniably effective in the sense that the investigation is supervised by the judicial magistrate which results in a high rate of conviction. However, the Committee on an equilibrium realized that, a fair trial and in particular, fairness to the accused, are better protected in the adversarial system. However, the Committee felt that some of the good features of the Inquisitorial System can be adopted to strengthen the Adversarial System and to make it more operative and efficient. This includes the duty of the Court to search for truth, to assign a proactive role to the judges, to give directions to the investigating officers and prosecution agencies in the matter of investigation and leading evidence with the object of seeking the truth and focusing on justice to victims. But these suggestions were ignored by the government. What is at stake here is not judges, the judiciary or governance, but the very process of human and economic capital building and accumulation – to meet India’s international commitment at the UN and to achieving the millennial goals through sustainable development. The incessant denial of parity of power and helplessness to pause politico-criminal nexus erodes the very constitutional idea of India – an India whose courts deliver justice within a reasonable time, estimated by the normal human life cycle.

(Article was first published in the Statesman).

[The opinions expressed in this article are the personal opinions of the author. The facts and opinions appearing in the article do not reflect the views of LiveLaw and LiveLaw does not assume any responsibility or liability for the same]
TagsAnwar Ali Case Common Law criminal justice system Gurmeet Ram Rahim justice delivery system Malimath Committee
Next Story
Similar Posts
+ View more
Law Firms
+ More