Crisis of Credibility in the Judiciary 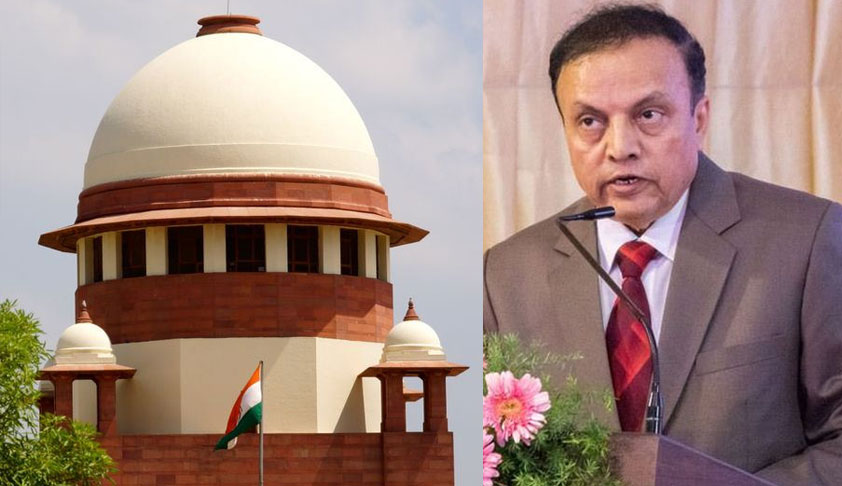 “In endowing the Supreme Court of India with very wide powers, the Constituent Assembly, the Assembly representing the voice of the people through its elected representatives, has shown complete confidence in the Court as the final body for dispensing justice between individuals and also between States and States and the States and the Centre. We hope to deserve that confidence. We trust...

From the expansion of fundamental rights, to the invention of the basic structure of the constitution, there has been one constant about the judiciary – its credibility. Even the severely criticized Collegium System of appointment, when the Apex Court gave unto itself the power of appointment of the Judges to the High Courts and the Supreme Court, the credibility of the judiciary was unchallenged notwithstanding the fact that nowhere else in the World, Judges appointed Judges – a unique method of appointment not sanctioned in the text of the Constitution, in the name of the independence of the judiciary, which is zealously guarded. Perhaps the only aberration in the public perception in the credibility of the judiciary hit its nadir in the 1970s with supersessions and a call for a ‘committed judiciary’ by the then Executive, a time when ‘inconvenient’ Judges were punitively transferred or otherwise punished by refusal of elevation. But this aberration was salvaged by the Bench and the Bar at the time and immediately after. Perhaps the inherent distrust in the political class by the citizenry was the catalyst for this perception of credibility; the supremacy of the unelected Judges was accepted by all and sundry except a handful academicians. Right or wrong, a judgment of the Court has been accepted. For the Supreme Court is not final because it is infallible; but its infallible because it is final. Distressfully, this perception is rapidly deteriorating.

In the recent past, we have seen several instances by which the credibility of the judiciary – that limb of our constitution, which is the ultimate protector of basic civil rights – has been tarnished. From issuing a notice for contempt to a former Judge of the Apex Court, to the holding in contempt of a sitting Judge of a High Court, we have seen it all. The number of allegations of impropriety amongst judges is at its peak. The friction within the Collegium in respect of appointment of judges has been no secret. Justice Ruma Pal even called it the best kept secret in India. Notably two sitting Judges have raised a revolt on the utter lack of transparency in functioning of the Collegium despite the fact that the Apex Court struck down the NJAC and upheld the Collegium System. The recent proposed transfer of Justice Jayant Patel from the Karnataka High Court to Allahabad High Court is another, in that long unfortunate list. And the non-transfer of a senior Judge of Gujarat High Court and a Judge of the Delhi High Court may also be read in this list. One former Judge of a High Court was recently arrested by the CBI. Several others are under investigation. A former Chief Justice of India once expressed displeasure at the phrase “honest Judge” – for, he said, all Judges are expected to be an honest. We unfortunately live in an era where being an “honest Judge” is seen by the Bar as an added qualification apart from knowledge of the law and intellect. The appointments are at an all-time low – in some High Courts, like my parent High Court of Karnataka, they are virtually paralyzed, leaving the litigants, who were already severely affected by the delay in the system, in a lurch. The disagreement qua the Memorandum of Procedure for appointment of Judges is only well known.

Some senior members of the Bar have come down heavily on former and incumbent Chief Justices for various reasons – some other members of the Bar have come down heavily on these senior members of the Bar. Even the Bar Council of India, on some self-proclaimed authority and sense of righteousness, has sent a notice to show cause to a senior lawyer for having been critical of the judiciary. In short, the judiciary – the Bench and the Bar – is facing its worst credibility crisis even since Chief Justice Kania hoped that the confidence reposed by the makers was deserved. For most us who join the Bar, we read about Judges and lawyers in their own right, and have been endlessly defending the Constitution and upholding its values. The Constitution is a political document no doubt – but the politics behind the judiciary is unprecedented. Even the attempt at “court packing” by Indira Gandhi’s government had not done as much harm to public perception of the judiciary as now. Personal agenda seem to have outplayed the constitutional scheme. Constructive criticism has taken a back seat to criticism with an agenda. The judiciary, which is armed with the power of judicial review of the actions of the Legislature and Executive, is under tremendous stress. And this stress is drastically affecting the independence of the judiciary.

As a member of the Bar, the helplessness of the situation makes it worse than it actually is. I am sure that there are many who feel as I do. I would be naïve to expect that the Bar be united on all issues. But the issue of independence of the judiciary, integrity and merit of the Judges, there can be no two views. We need strong and independent Judges. We need fearless Judges. We need Judges whose only agenda is to uphold the Constitution and Law – that Constitution which, We, the people, have given to ourselves almost seven decades ago. It does not behove well for the Bar to abdicate its responsibilities in this time of crisis of credibility and play the blame game. The Bar is a major stake holder in the judicial process, and a strong and unified bar is in the interest of an independent judiciary. A political Bar may have a jaundiced view. I write this not as a rant. I write this as ringing the warning bells. For slowly but surely, those people that Chief Justice Kania hoped would maintain the dignity of the Supreme Court, are losing faith in the institution. And none other than the Bar and the Bench will collectively be culpable. For an independent judiciary is paramount for the functioning of our constitutional scheme. And to salvage the credibility once enjoyed in the eyes of the public. A little was done by the judgments in the cases of Triple Talaq and Right to Privacy. But a lot undone with this latest crisis of Justice Jayant Patel’s proposed transfer. I may sound preachy. I have known no other way than there being no crisis of credibility in the judiciary. There should be no other way.

Amit A Pai is a lawyer practicing in Supreme Court of India.

[The opinions expressed in this article are the personal opinions of the author. The facts and opinions appearing in the article do not reflect the views of LiveLaw and LiveLaw does not assume any responsibility or liability for the same].
Tagsbasic structure of the Constitution Chief Justice Harilal Kania collegium Constituent Assembly Credibility Justice Jayant Patel Supreme Court
Next Story
Similar Posts
+ View more
Law Firms
+ More