CRPF Denies That The Sukma Attack Amounts To Violation Of Human Rights Of Its Personnel: RTI Reply [Read RTI Reply] 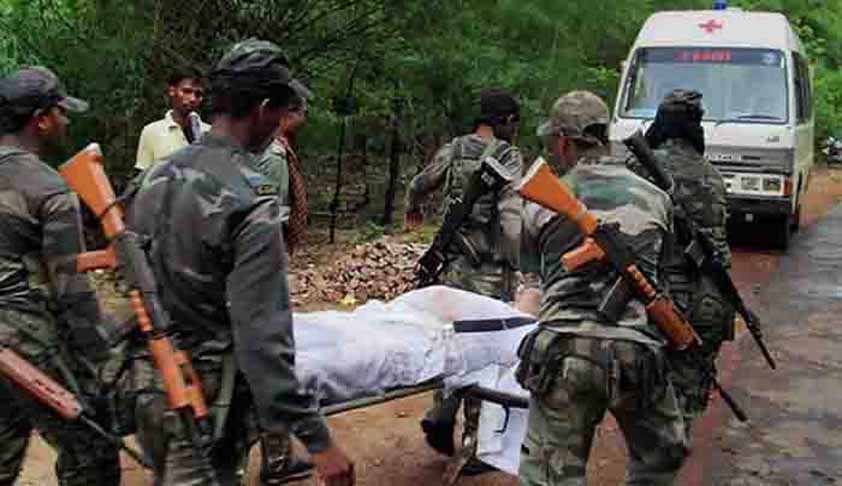 The dastardly attack by Maoists on the Central Reserve Police Force personnel at Sukma in Chhattisgarh on April 24 led to concerns over violation of their human rights. Left-Wing Extremist groups carried out an attack on a team of 90 CRPF personnel,  who were on duty, sanitizing a stretch of public road being constructed in the Burkapal-Chintagufa area of Sukma district in Chhattisgarh. Twenty-five CRPF personnel died in the ambush, while scores of others were injured.

RTI activist, Venkatesh Nayak sought information relating to the attack from the CRPF under the RTI Act.  He asked the CRPF to provide a clear photocopy of the report of the inquiry conducted by it into the circumstances surrounding the attack, along with annexures, if any.

Nayak claimed in his application that the reports of the deaths of serving CRPF personnel prima facie constitute allegations of violation of their human rights.   Therefore, he persuaded the  CRPF to disclose information under the second proviso of Section 24 of the RTI Act, as it is a fit case.  He requested the CRPF to obtain the approval of the Central Information Commission prior to disclosing the information requested, as it is the statutory requirement  under the said proviso of the RTI Act.

To his surprise, Nayak received a reply from the Central Public Information Officer (CPIO), CRPF, denying that the murderous attack amounted to human rights violation.

Section 24 of the RTI Act exempts 26 intelligence and security organizations from ordinary obligations of transparency like other public authorities.  However, they are duty-bound to give information pertaining to allegations of corruption and human rights violations.

Nayak observed that exempt agencies like the CRPF simply do not provide any information at all, even if it is related to allegations of corruption or human rights violation.  “Often, they simply deny the existence of such allegations”, he said.

The CPIO OF CRPF’s reply to Nayak’s RTI application is reproduced below:

“In the instant matter, there appears to be no violations of Human Rights as well as facts of the case do not attract the allegations of corruption.  Moreover, your application does not make any reference to such allegations.  Hence, this department is not able to provide any information in this regard to you under the RTI Act, 2005.”

The CPIO of CRPF also said that the inquiry report into the incident contains various security and tactics related issues and cannot be shared under RTI Act because it might adversely affect CRPF’s strategic response.

Nayak has observed that the murderous attack on the CRPF personnel amounts to violation of their human rights by non-State actors.  By denying this reality, the CRPF may be doing injustice to its own personnel, he has said.