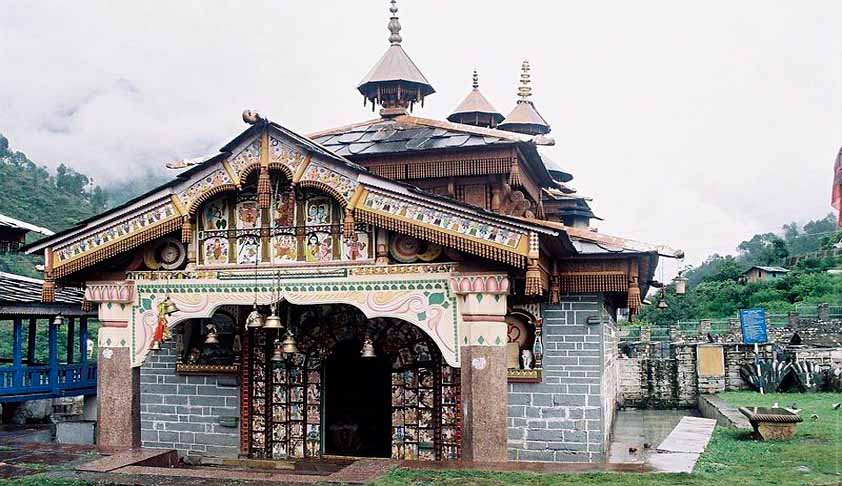 The High Court of Uttarakhand on Saturday observed that if any member of general public or any other section is allowed entry into the Temples in the Jaunsar-Bawar Region in Chakrata Tehsil, Dehradun District, then no members of the Dalit Community can be discriminated against.

The Bench comprising Chief Justice K.M. Joseph and Justice Alok Singh observed, “Therefore, the principle which is discernible that it seeks to introduce the concept of equality and to allow the members of the Dalit Community to enjoy the same rights, as are available to the members of the Hindu Religion or the sections thereof in regard to accessing various rights in regard to places of public worship. Therefore, if any member of the Dalit Community if prevented from enjoying the rights, which are available to the members of the Hindu Religion or section thereof, it would certainly be an activity, which attracts the penal provisions contained in Section 3 of the said Act. It is the bounden duty of the State and of all authorities under the State to see that the members of the Dalit Community enjoy the rights, which have been created for them under the Constitution of India, namely, the Protection of Civil Rights Act, 1955 and also the Scheduled Caste and Scheduled Tribes (Prevention of Atrocities) Act, 1989.”

The Court was hearing a Petition filed by Dalit activist Mr. Daulat Kunwar, contending that entry of people from lower castes or Dalits in the Temples in Jaunsar-Bawar region is restricted in around 340 Temples across the region, and that this was a clear violation of the Right to Equality as enshrined under the Constitution of India.

Mr. Kunwar alleged in the petition that he, along with BJP MP Mr. Tarun Vijay were attacked by a mob last year, being agitated by the fact that they had entered the inner sanctorum of the Temple, where there was limited or no entry for people from the lower Castes.

Denying such allegations, the District Magistrate had submitted that provisions of the Scheduled Caste and Scheduled Tribes (Prevention of Atrocities) Act, 1989 as well as the Protection of Civil Rights Act, 1955 were being complied with, in the entire State.

Directing enforcement of the provisions of the Protection of Civil Rights Act, 1955, the Court observed, “Coming to the specific issue of entry into Temple, the places of public worship, the mandate of Section 3 of the said Act is that it creates an offence when a person is prevented on the ground of untouchability from entering into any place of public worship, which is open to other persons, which persons profess the same religion or any section thereof, as the person who is prevented. It equally purports to prescribe the preventing of the worshipping or offering of prayers or performing any religious service in any place of public worship or bathing in, or using the waters of, any sacred tank, well, spring or water-course, river or lake in the same manner and to the same extent as is permissible to the other persons.”