Data Protection Bill: Govt’s Yet Another Attempt To Weaken RTI Act In The Name Of Privacy 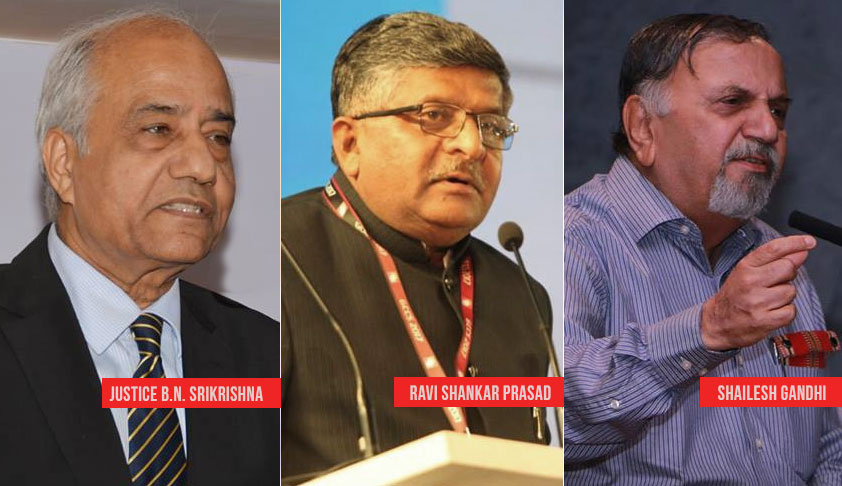 If any proof was required that the Right to Information Act is seriously threatening the arbitrary and corrupt actions of those who are powerful, the proposed Data Protection Bill provides it. The Supreme Court of India in various decisions before the advent of the RTI Act has acknowledged that the Right to Information and Right to Publish are fundamental rights of citizens under Article 19 (1) (a) of the Constitution which guarantees freedom of speech and expression. Any constriction of this right can be based only on what the Constitution permits. Article 19 (2) permits reasonable restrictions on the exercise of this right only “in the interests of the sovereignty and integrity of India, the security of the State, friendly relations with foreign States, public order, decency or morality or in relation to contempt of court, defamation or incitement to an offence”.

Section 8(1) of the RTI Act lists the types of information which may be denied to a citizen. Section 8 (1) (j) covers denial of personal information as thus: “information which relates to personal information the disclosure of which has no relationship to any public activity or interest, or which would cause unwarranted invasion of the privacy of the individual unless the Central Public Information Officer or the State Public Information Officer or the appellate authority, as the case may be, is satisfied that the larger public interest justifies the disclosure of such information:
Provided that the information, which cannot be denied to the Parliament or a State Legislature shall not be denied to any person.”
The law intends to deny information which is not related to any public activity or which would be an unwarranted invasion of an individual’s privacy. Since it does not define privacy, it must be read with Article 19 (2). The two words which could cover privacy are ‘decency’ and ‘morality’. To make it easier to implement this clause, it made a special proviso that when denying information, the person denying it should make his subjective assessment whether he would deny it to Parliament. Information which would invade the privacy of an individual, violating ‘decency or morality’, should not be given to Parliament also. Details of ghost beneficiaries of government schemes, Adarsh scam, false certificates and affidavits, foreign visits, lack of action against tainted officers and many other illegalities have been unearthed by citizens using the Right to Information Act.

Since this law is highly unpopular with most people in power, the governments so far have made four attempts to amend the RTI Act to weaken its impact. These had to be withdrawn because of strong opposition from citizens to defend their RTI. Citizens have realized that this law gives them an opportunity to monitor accountability, keep corruption in check and convert India into a true participatory democracy. Most statutory bodies commissioned to do this are not able to deliver in any significant manner. The citizens working individually have been fairly effective in this endeavour with the help of the RTI Act. It is also a fact that no great harm has been reported due to the disclosure of information.

Now comes a fresh and dangerous attack in the proposed which suggests amending the RTI Act. This is being done by asking for an amendment to the citizen’s Right to Information! In the garb of protecting personal data and privacy, it asks for an amendment to Section 8 (1) (j) of the RTI Act. It is worth mentioning that a Group of Experts on Privacy under Justice AP Shah which was asked for inputs for a Privacy Bill had recognized the importance of ceding to the RTI Act and said: “The Privacy Act should clarify that publication of personal data for artistic and journalistic purposes in public interest, use of personal information for household purposes, and disclosure of information as required by the Right to Information Act should not constitute an infringement of Privacy.” Unfortunately, this wisdom has not been displayed by the proposed data protection Bill.

The Bill suggests changing the exemption for Section 8 (1) (j) to:

“ information which relates to personal data which is likely to cause harm to a data principal, where such harm outweighs the public interest in accessing such information having due regard to the common good of promoting transparency and accountability in the functioning of the public authority;”

Thus any information with the name of a person can be denied! It is unlikely that various officers will be able to determine whether any claimed harm to a person is greater or there is a larger public interest. The Bill is confused about Article 19 (1) (a). It seeks to exempt ‘journalistic purposes’ from most of the restraints on data sharing but curbs the citizen’s RTI. This is not in consonance with the Constitution and many earlier judgments of the Supreme Court given before the advent of the RTI Act.

Citizens need to defend the RTI Act from such continuous attacks on their fundamental right by those with power. How often will we battle for this? The Expert Committee under Justice AP Shah had shown due respect to the citizen’s right. Citizens must now reach out to political parties and elected representatives and demand that they give a commitment not to make any amendments to the RTI Act. If they want our vote, let them promise our fundamental right.