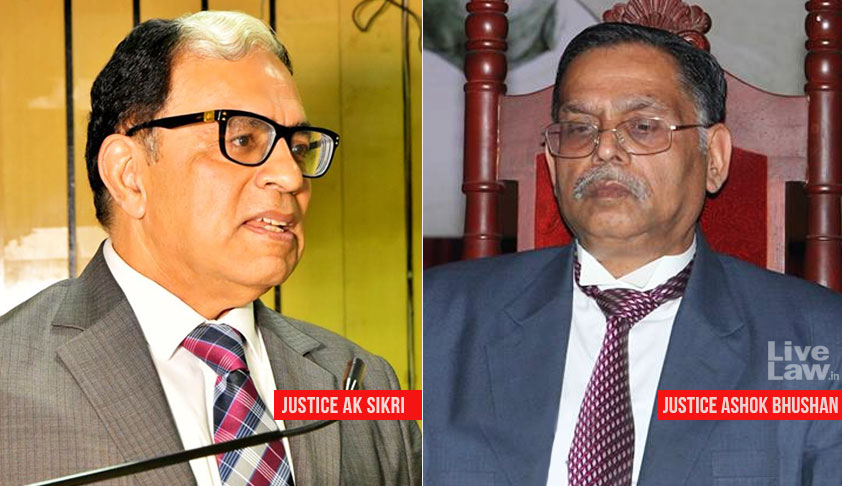 It was held that the date of joining would not be a relevant factor for determining seniority of direct recruits. It would suffice if action has been initiated for direct recruit vacancies, within the recruitment year in which the vacancies had become availableThe Supreme Court has recast the seniority list of Punjab Superior Judicial Officers by acting on an appeal filed by...

It was held that the date of joining would not be a relevant factor for determining seniority of direct recruits. It would suffice if action has been initiated for direct recruit vacancies, within the recruitment year in which the vacancies had become available

The Supreme Court has recast the seniority list of Punjab Superior Judicial Officers by acting on an appeal filed by the Punjab & Haryana High Court.

The appeal was filed against the decision of the Punjab & Haryana High Court which interfered with the seniority list drawn by the High Court on its administrative side.

The High Court held that promotees were in excess, hence, promotions made shall be treated in excess of quota and they shall take seniority on the date post is available in their quota. The High Court further held that the date of recommendation of direct recruits cannot be treated the date for the purpose of seniority. Accordingly, the list was directed to be recast.

Challenging this the Punjab and Haryana High Court, through its administrative side, approached the SC, along with certain aggrieved officers who lost their seniority.

Quota is in relation to cadre and not vacancies.

The Supreme Court bench of Justice A K Sikri and Justice Ashok Bhushan applied the principle that quota should be worked out in relation to the cadre and not the vacancies. The High Court held that there were 58  promotees in the cadre of 107, which was 5 in excess of the 50% quota. Reference was placed on decisions in  Srikant Roy and Others Vs. State of Jharkhand and Others, (2017) 1 SCC 45 and All India Judges Association and others versus Union of India and others.

The Supreme Court however noted that until 2004, the promotion quota was 75%, and it was only after the declaration of SC in All India Judges Case that the three stream recruitment system was introduced. As far as Punjab Superior Judicial Service is concerned, the three stream system was introduced only after 2004 amendment. The Supreme Court held that the High Court took into account the recruitments made prior to 2004 while arriving at its conclusion that there were promotees in excess of quota.

"A promotee before the amendment of Rules, 2004, who was well within their quota, suddenly cannot go out of their quota and become an excess merely on the strength of amendment of Rules, which are prospective in nature. For determining the quota, the cadre strength, which existed prior to amended rules and subsequent to the amended rules have to be treated differently", observed the SC.

The SC held that the vacancies existing for recruitment in particular year has not to be mechanically divided at the ratio of 50, 25 and 25 per cent.

Date of joining not relevant for determining seniority of direct recruits

The Court held that inter se seniority between the promotees and direct recruits was based on   the   “quota”   and   “rota”   principle, also called the "rotation of quotas" principle.

It was held that the date of joining would not be a relevant factor for determining seniority of direct recruits. It would suffice if action has been initiated for direct recruit vacancies, within the recruitment year in which the vacancies had become available. This is so because delay in administrative action, could not deprive an individual of his due seniority. Initiation of action for recruitment within the recruitment year would be sufficient to assign seniority to the appointees concerned in terms of the "rotation of quotas" principle, so as to arrange them with other appointees from the alternative source for vacancies for the same recruitment year.  Reference was placed on decision in Union of India and Others Vs. N.R.Parmar and Others, (2012) 13 SCC 340 in this regard.

The following dictum in N R Parmar case was referred to :

On that basis, the judgment authored by Justice Ashok Bhushan held as follows :

"Officers belonging to different streams have to be confidant that they shall be recruited under their quota and get seniority as per their quota and roster. In event, the seniority is to be fixed with date of joining of particular stream, it will lead to uncertainty and making seniority depending on administrative authorities, which is neither in the interest of service nor serve the cause of justice. We, thus, conclude that roster is fully applicable for determination of seniority. Officers of different streams selected in a particular year even though they were allowed to join the post on different dates shall not affect their inter se seniority, which is to be decided on the basis of roster".

Applying the above principles the seniority list was recast by the Supreme Court.