Deadline For Mandatory Aadhaar Enrolment To Avail Of ‘Subsidies, Benefits and Services’ Extended To June 30 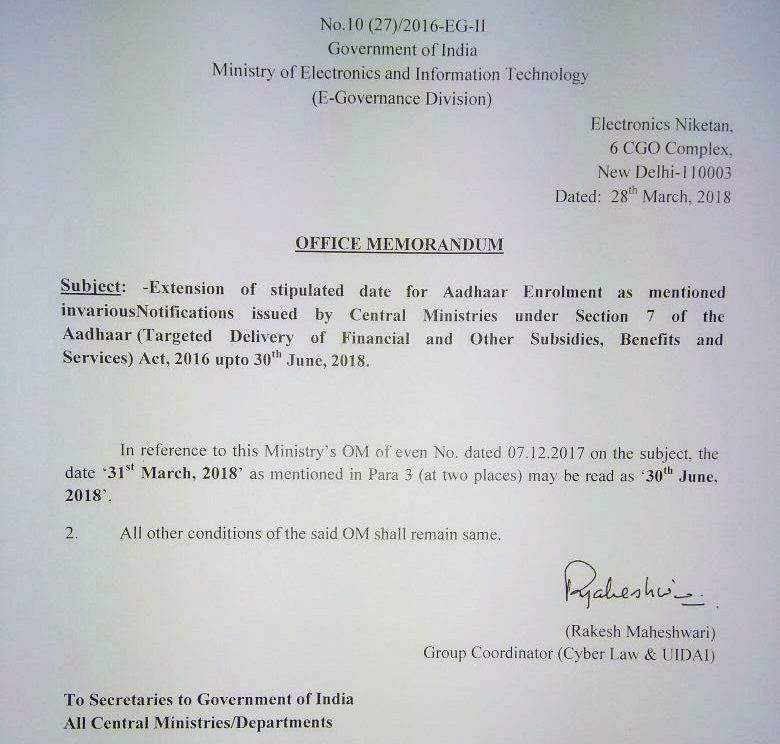 It may be noted that a five-judge constitution bench of the Supreme Court on March 13 had extended the deadline for mandatory linkage of Aadhaar number with bank accounts, mobile numbers and other services till the disposal of petitions challenging the constitutional validity of the Aadhaar (Targeted Delivery of Financial and Other Subsidies, Benefits and Services) Act, 2016, clarifying that the extension shall not be applicable to the ‘Subsidies, Benefits and Services’, the expenditure or receipt whereof is incurred on or credited to the Consolidated Fund of India, under Section 7 of the Act.

The bench had even at the previous hearing on Tuesdays refused to make applicable the March 13 interim order, extending indefinitely the deadline for mandatory Aadhaar linkage with mobile numbers, bank accounts and other facilities, to the social security and welfare schemes under Section 7 of the Act.

In response to the petitioners’ claim of a large number of authentication failures in respect of these social security and welfare schemes, Attorney General KK Venugopal had asserted that there was no refusal of a rightful entitlement by reason of such failures.