"I can't speak on behalf of the entire SC, But left to myself, I would not do it"; Justice Lokur on 'in limine' dismissals of SLPs against HC Confirmation of Death Sentence 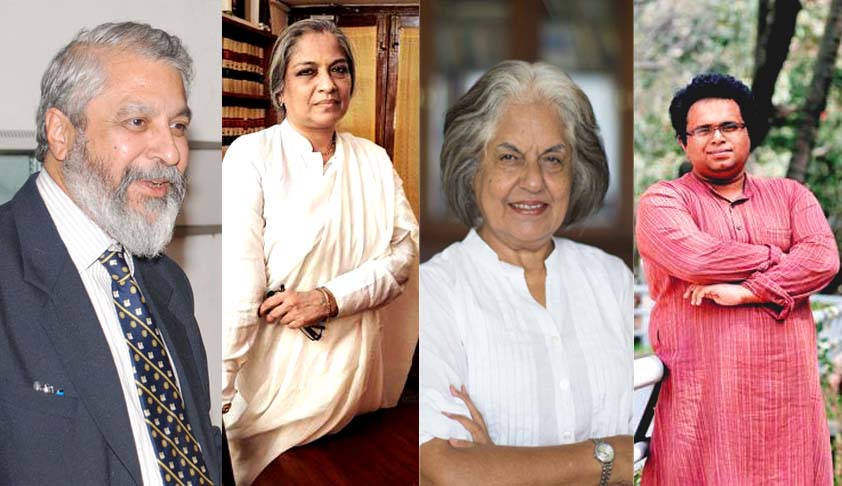 Yesterday's event at Teenmurti Bhavan, New Delhi, where the National Law University, New Delhi, released the Death Penalty India Report was a memorable one. The panel discussion, moderated by Omair Ahmad, Books Editor at The Wire, included Justice Madan B Lokur, well-known advocate, Nitya Ramakrishnan, and the Director of the Centre on the Death Penalty, NLU, Anup Surendranath. Here are...

Yesterday's event at Teenmurti Bhavan, New Delhi, where the National Law University, New Delhi, released the Death Penalty India Report was a memorable one. The panel discussion, moderated by Omair Ahmad, Books Editor at The Wire, included Justice Madan B Lokur, well-known advocate, Nitya Ramakrishnan, and the Director of the Centre on the Death Penalty, NLU, Anup Surendranath. Here are some quotable quotes from Justice Lokur, Nitya Ramakrishnan and Anup Surendranath, during the discussion:

Criminal justice system needs procedural and substantive reform. He recalled that during his days at Gauhati High Court as a Judge, a case of life imprisonment came up before me. I asked the legal aid lawyer, representing the accused, whether she discussed the case with the accused. She said she didn't because the convict was in Jorhat. I then asked the prisoner to be brought to Gauhati, so that the lawyer could discuss the case with him for an hour. Subsequently, the lawyer presented the case far more effectively, and the case resulted in acquittal.

The evidence is very often recorded in English, and the prisoner does not know English.

The time taken and for the trial to conclude is very very long, sometimes, 15, 20 or even 31 years. Many prisoners are not even given chargesheet. There are huge gaps in the criminal justice system.

The reasons include lack of interest on the part of the legal aid lawyer.

If the lawyer is not good enough, his capacity for representing his client suffers.

I don't think lawyers are biased because the prisoners are poor.

The mercy petitions of death row prisoners follow a template, with just names being changed, and nothing else. Drafting of mercy petitions requires assistance of lawyers, but this is not recognised, and the specific grounds which could result in mercy to the prisoner concerned are not invoked.

If a prisoner has a lawyer, who is effective, he or she could assist the justice delivery system better. We found from our interviews with the prisoners, and the lawyers, that taking instructions from the prisoners is completely absent. The lawyers were the most resistant to talk to us.

If we have dozen reports like this, I am sure, it will have an impact, and there will be a major change. I recall an experiment, while I was a Judge in Delhi high court, when for seven weeks, there was video conferencing with prisoners at Tihar jail. The prisoners had no idea what was going on. About 20 prisoners came. It is still on (as he finds out from Justice Muralidhar, a Judge of the Delhi high court, who was present in the audience).

Very often, accused is brought to the court without a lawyer. The legal aid lawyer is just a name lender. It can't get worse. There is a need to focus more on trial courts. We are focussing more on pendency in the Supreme Court. The problems at the trial court are far more greater. Law interns must spend the time at grassroot level.

Why are judgments very often unintelligible?

I think you refer to the district court judgments. (Laughter). 50 per cent of the judgments in Maharashtra have to be in Marathi, while in Madhya Pradesh, 50 to 60 per cent judgments have to be in Hindi. A Judge who has to deliver in both Hindi and English have a problem. Most law interns don't spend time in district courts. They choose some well-known NGOs in urban areas or NHRC. If Anup has to write this report in Hindi, apart from English, he may face a similar problem.

Why is it that we don't have Human Rights Committees in Supreme Court to review what is going on with the legal system as a whole, to ensure course correction in real time. All countries do it. PILs are not an adequate solution. High courts and lawyers can get guidance from such committees.

Justice Lokur: A similar idea was floated in 2007-08 at the National Judicial Academy, Bhopal, to analyse judgments delivered by a particular Court, what went wrong, why witnesses are turning hostile, etc. I am not sure why it did not fructify. There was a committee on sexual offences, another on motor accident cases. Why the idea did not take off, I can't say. Obviously, there has to be a will.

On in limine dismissal of SLPs against High court confirmation of death sentences:

Justice Lokur: I can't speak on behalf of the entire Supreme Court, on why such SLPs are dismissed in limine. But left to myself, I would not do it.

Justice Lokur: Police reforms envisaged in the Prakash Singh case have not been implemented yet. Unless you improve the conditions of Police, nothing will move forward. How do you expect a person to investigate 300 cases involving heinous offences? Obviously, there will be flaws resulting in wrongful convictions, or wrongful acquittals.

On forensics, there is a huge problem because of the expiry date of any sample. In the United States, there was a case of an accused getting acquitted after 37 years, because the DNA sample which was preserved showed that no offence was committed. Here, we don't have the sample, [after lapse of time]. There is a lynch mob mentality. Obviously, investigation is an important aspect.

Nitya Ramakrishnan: Lack of scientific tools makes police brutal. No wonder, the TV anchor persons ask how could we let off an accused because there is no evidence.

[In limine means at the threshold]

Read the full text of the report here.