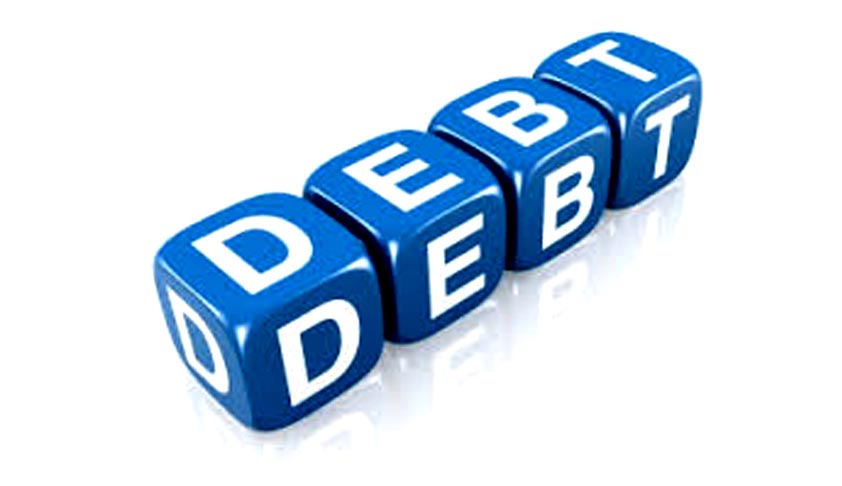 Apart from the above big lacunae, there were a number of short comings too. The dues of work men against a company, the State dues, and the dues of other non secured creditors all got enmeshed before the Debt Recovery Tribunals. As if these were not sufficient, there was clash of jurisdiction between the Official Liquidators appointed by the High Courts and the Recovery Officers of the Debts Recovery Tribunals. The Official Liquidator, an appointee of a superior authority, took into his possession all the properties, which actually belonged to secured creditors who before the Debts Recovery Tribunal. The High Courts also took umbrage on the activities of the Recovery Officers who away the entire amounts and paid off to the banks leaving nothing for the other claimants, including the work men. All these and other issues lead to drastic amendments to the Recovery of Debts Due to Banks and Financial Institutions Act by means of an amending notification in the year 2000.

While the amending notification of 2000 did bring in some amount rationalization in the jurisdiction of the Debts Recovery Tribunal, yet it was not sufficient to coax the big borrowers to acquiesce to the jurisdiction of the Debts Recovery Tribunal easily. The lenders continued to groan under the weight of the Non Performing Assets. This led to the enactment of one more drastic act titled as the Securitisation and Reconstruction of Financial Assets and Enforcement of Security Interests Act, also called as SARFAESI Act or SARFAESIA for short.

The Debts Recovery Tribunal now deal with two different Acts, namely the Recovery of Debts Due to Banks and Financial Institutions Act as well as the Securitisation and Reconstruction of Financial Assets and Enforcement of Security Interests Act. While the aim of the both the Acts is one and the same, but their route is different.

When a borrower fails to repay the money to the Bank, what the Bank can do for recovering the loan is to file a civil suit earlier. We all know the issue of delay in rendering justice in traditional civil courts and with the inevitable delay, the Banks could not recover its dues effectively and it resulted in liquidity problems. Bank pays interest to the deposit holders; however, the Banks could not make money by using the deposits as the recovery gets delayed frequently. This led the government to appoint various committees for financial sector reforms. The concentration was on effective recovery by the Banks and Financial Institutions apart from other things.

Despite constituting special Tribunals like Debt Recovery Tribunals under RDDBI Act, 1993, the Banks could not recover its dues to the extent expected. This led to further reforms in the process and curtailing the delay in adjudication.

In furtherance of financial reforms and extending the object of RDDBI Act, 1993, the Government has enacted “The Securitization and Reconstruction of Financial Assets and Enforcement of Security Interest Act, 2002”.  The SARFAESI Act, 2002 is to curtail the delay in the process of adjudication between the Banks and its borrowers.  The question of recovery by the Banks and Financial Institutions will arise when the borrowers commit default in repaying the debt. When there is default, then, the Banks will categorize the account as “Non-performing Asset” in accordance with the norms prescribed by the Reserve Bank of India.

As per the provisions, the application shall be filed by the Applicant with the Registrar within whose jurisdiction the Applicant is functioning as a bank or financial institution as the case may be, for the time being. Every Application filed under Rule 4 of the DRT (Procedure) Rules, 1993, shall set forth concisely under distinct heads, the grounds for such application and such grounds shall be numbered consecutively and shall be typed in double space on one side of the paper.

Every Application filed under Rule 4 of the DRT (Procedure) Rules, 1993, shall set forth concisely under distinct heads; the grounds for such application and such grounds shall be numbered consecutively and shall be typed in double space on one side of the paper.

It appears that the Act is being misused. But, it can’t be a justification to say that the Act oppresses the borrowers. It’s a special and balancing Act with very good objective and it is to be implemented well. In view of many transactions and issues, the Banks and Financial Institutions may commit some mistakes in the course and it gives rise to the Borrower to approach the Tribunal seeking stay of proceedings etc. What happens normally is that, the borrower gives a request to the Bank seeking to allow him to settle the account under “One Time Settlement Scheme”. Depending upon the norms prescribed by the RBI, the Banks may accept for “One Time Settlement Scheme” or may not.

Thus, the borrowers are to be careful when the Bank exercises its powers under SARFAESI Act, 2002 and with the expert guidance and assistance; they can protect their rights effectively.

w  A failure due to lack of suitable appointments & infrastructure

w  Many gray areas in the law

w  No improvement in recovery

Section 17 of the Recovery of Debts Due to Banks and Financial Institutions Act, 1993 [“RDB Act”] provides that the DRT shall have jurisdiction to “entertain and decide applications from banks and financial institutions for recovery of debts due to such banks and financial institutions”. ‘Debt’ is defined in s. 2(g) as any liability which is claimed as due by a bank during the course of business activity. Thus, the jurisdiction of the DRT extends not just to debts as traditionally understood, but to any claim of money that a bank makes during the course of business. S. 18 provides that no court except the Supreme Court and the High Court under Art. 226 shall have any jurisdiction in relation to these matters. In 1995, the constitutionality of the DRT was challenged successfully before the Delhi High Court, which held that the Tribunal could not function validly since it did not have any provision for filing counterclaims. Subsequently, the RDB Act was amended and the constitutionality of the amended act was upheld by the Supreme Court. As things stand, borrowers are entitled to file “counterclaims” under s. 19 of the RDB Act.

The question is whether borrowers must choose this remedy or whether they are also entitled to file an independent suit in the appropriate civil court. There are two conflicting Supreme Court decisions on this point, and two others which are ambiguous.

In Indian Bank v. ABS Marine Products, (2006) 5 SCC 72, Indian Bank asked for a suit filed by ABS Marine in the Calcutta High Court to be transferred to the DRT. The Supreme Court held that such an independent suit filed by a borrower could not be transferred to the DRT without his consent, since his right to approach a civil court cannot be taken away. This decision raised fears that the jurisdiction of the DRT could be easily evaded by a borrower filing an independent suit in civil court asking for the exact opposite of what the Bank was asking for in the DRT.

In SBI v. Ranjan Chemicals Ltd., (2007) 1 SCC 97, the Supreme Court held that its power to transfer a suit did not depend on the consent of the parties. It is difficult to reconcile this decision with ABS Marine, especially since the Court ordered the transfer of an independent suit on the ground that it would avoid duplication of evidence, counsel, expenses etc. The concern that this decision raised is that the DRT may be unable to handle suits which involve complex questions of law or fact, and that the Bank could prevent a borrower from approaching a civil court to resolve these questions by merely filing a claim in the DRT. The DRT has summary proceedings and has traditionally been considered ill-equipped to consider claims like misrepresentation or fraud, which require cross-examination of witnesses. Other decisions of the Supreme Court do not clarify this matter either, for one seems to support Ranjan Chemicals (Industrial Investment Bank of India v. Marshal’s Power and Telecom, (2007) 1 SCC 106) while another seems to favour ABS Marine (Raghunath Rai Bareja v. Punjab National Bank, (2007) 2 SCC 230). Thus, the law on the point is unclear.

This dispute has important implications for the role of the DRT in Indian law and commerce, and the ability of the borrowers to have legitimate disputes adjudicated by the civil court. Equally important, however, is ensuring that the objective of setting up the DRT – expeditious disposal of banking cases – is not hampered by allowing borrowers to frustrate its jurisdiction.

NPA means booking of money in terms of bad asset, which occurred due to wrong choice of client. Because of the money getting blocked the prodigality of bank decreases not only by the amount of NPA but NPA lead to opportunity cost also as that much of profit invested in some return earning project/asset. So NPA does not affect current profit but also future stream of profit, which may lead to loss of some long-term beneficial opportunity. Another impact of reduction in profitability is low ROI (return on investment), which adversely affect current earning of bank.

Money is getting blocked, decreased profit lead to lack of enough cash at hand which lead to borrowing money for shortest period of time which lead to additional cost to the company. Difficulty in operating the functions of bank is another cause of NPA due to lack of money.

If a bank is facing problem of NPA, then it adversely affects the value of bank in terms of market for credit. It will lose its goodwill and brand image and credit which have negative impact to the people who are putting in their money in the banks.