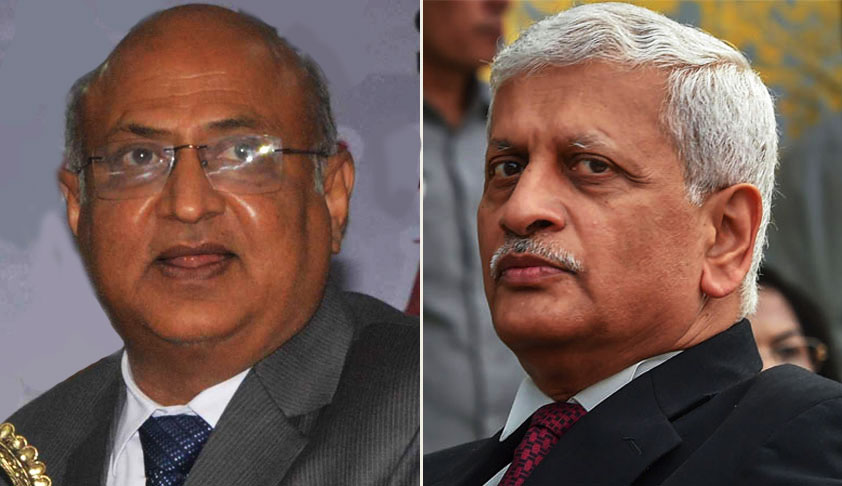 The Supreme Court on Thursday ruled that default sentences, inter se, cannot be directed to run concurrently.The Bench comprising Justice AM Sapre and Justice UU Lalit explained, “Theoretically, if the default sentences awarded in respect of imposition of fine in connection with two or more offences are to be clubbed or directed to run concurrently, there would not be any occasion for...

The Bench comprising Justice AM Sapre and Justice UU Lalit explained, “Theoretically, if the default sentences awarded in respect of imposition of fine in connection with two or more offences are to be clubbed or directed to run concurrently, there would not be any occasion for the persons so sentenced to deposit the fine in respect of the second or further offences. It would effectively mean imposition of one single or combined sentence of fine. Such an exercise would render the very idea of imposition of fine with a deterrent stipulation while awarding sentence in default of payment of fine to be meaningless.”

The court was hearing a petition filed by one Sharad Hiru Kolambe, challenging an order passed by the Bombay High court in December, 2013, affirming his conviction and sentence pronounced for offences under Sections 364A (kidnapping for ransom), 395 (dacoity), 397 (robbery, or dacoity, with attempt to cause death or grievous hurt) and 387  (putting person in fear of death or of grievous hurt, in order to commit extortion) of the Indian Penal Code and various provisions of the Maharashtra Control of Organised Crime  (MCOC) Act, 1999.

Mr. Kolambe was arrested on 26 August, and was never released during the trial as well as during the pendency of the appeal. He thus completed 14 years of actual sentence in August, 2015. However, he was not released despite an order to the contrary, as he had not paid the amount of fine as directed.

Senior Counsel Colin Gonsalves, appearing for Mr. Kolambe, now submitted that the cumulative fine imposed on him under various counts of punishment was more than Rs. 15 lakhs, and the default sentence in case of non-payment was cumulatively 10 years.

“For a person whose family was reduced to a state of starvation, it was impossible to deposit payment of fine as directed. Resultantly, the appellant would have to suffer default sentence of 10 years. Though the substantive sentence stood remitted and the appellant was directed to be released on completion of 14 years of the actual sentence, the appellant would still be inside till he completes 24 years,” he contended.

The Court, at the outset, noted that default sentence is not to be merged with or allowed to run concurrently with a substantive sentence. It observed, “…the sentence of imprisonment for non-payment of fine would be in excess of or in addition to the substantive sentence to which an offender may have been sentenced or to which he may be liable under commutation of a sentence.”

It went on to note that Sections 31 and 427 of the Code speak of the consecutive and concurrent running of sentences, and then emphasised on the significance of imposition of fine, especially when certain minimum quantum is prescribed and/or mandatory imposition of fine is contemplated.

The Court thereafter opined that if imposition of fine and prescription of mandatory minimum is designed to achieve a specific purpose, the very objective will get defeated if the default sentences were directed to run concurrently. It explained,

It further highlighted the fact that while Sections 31 and 427 of the Code specifically empower the concerned court to direct concurrent running of substantive sentences, Section 64 (sentence of imprisonment for non-payment of fine) of the IPC does not stipulate such discretion.

The Court, therefore, rejected the submission regarding concurrent running of default sentences, but opined that Mr. Kolambe deserved a sympathetic consideration about the quantum of default sentence, considering his financial condition.

Therefore, while maintaining the quantum of fine, the court reduced the default sentence to a total of three years and four months, out of which three years had already been undergone by Mr. Kolambe.