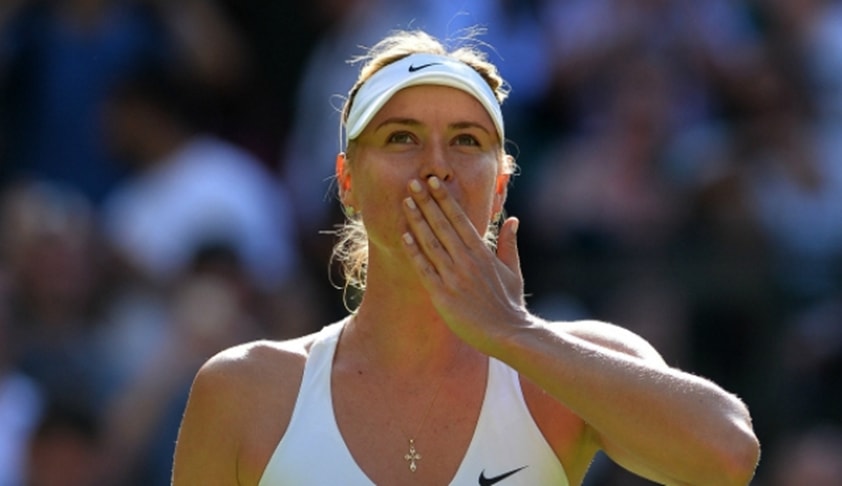 A Delhi court has directed registration of FIR on a homebuyer's complaint against a builder company, its officebearers and international tennis player Maria Sharapova for offence of cheating and collecting Rs 53 lakh on the pretext of a project named 'Ace by Sharapova' proposed to have a tennis academy run by Sharapova herself.

Chief Metropolitan Magistrate Rajesh Malik directed the Delhi Police to register an FIR and probe the complaint of Bhawna Agarwal, a resident of Gurgaon, against Homestead Infrastructure Development Private Limited.

She has made Maria Sharapova also an accused in the case.

She sought registration of FIR for offence of cheating, forgery and criminal breach of trust.

Bhawna's counsel Piyush Singh told the court that the company had publicised a residential project namely 'Ace by Sharapova' at Sector 73, Gurgaon, and advertised the project in various newspapers and electronic media.

As per the advertisement and the company's website, the project amongst other things was supposed to have a tennis academy where Maria Sharapova would give private training sessions whenever she tours India.

It was promised that the project would be delivered in time of three years, after which she paid Rs 53.03 lakh to the company in lieu of booking in the project.

Advocate Singh said the company never had any necessary licence, approval or sanctions to initiate the said project and therefore, cheated her in investing her hard-earned money in the project, which was supposed to be completed within 3 years from the first payment in year 2013.

"At the stage of proceedings, this court has the version of complainant only. The complainant says that she was lured by showing that Maria Sharapova had endorsed the residential flats... The brochure of respondent company shows the proposed Tennis Academy in the project and commercial space for clothing and sportswear. At this stage, if the averments of the complainant are to be believed, it shows that nothing has happened on the said project and alleged persons have no licence or sanction for construction of development at the project for which the complainant has paid Rs 53.03 lakh.

"It is observed that collection of evidence on the given facts is certainly beyond the control of the complainant. Hence, police investigation is required in the present case to unearth the real facts as to whether the company has taken any steps to handover the possession of the flat to the complainant," the court said.

"If the alleged persons have no licence or sanction to raise the residential flat in the name of ‘Ace by Sharapova’ and accepted Rs 53 lakh to book flat of unit area of 5200 square feet, then they have undoubtedly committed criminal offence, hence, these facts require police investigation. Concerned SHO is directed to register the FIR under relevant sections and to investigate the case from all angles," the CMM ordered.