Delhi Gangrape Case: Death Penalty for all the Four Convicts 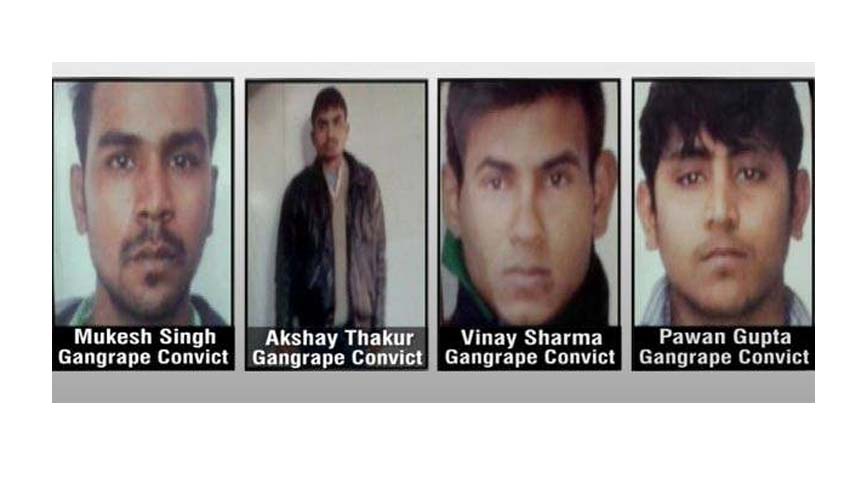 A fast track Court today awarded death sentence to the four convicts in the Delhi gangrape case. Legal fraternity as well as the general public has welcomed the verdict.

Additional Sessions Judge, Yogesh Khanna, in his order said, "These are the times when gruesome crimes against women have become rampant and courts cannot turn a blind eye to the need to send a strong deterrent message to the perpetrators of such crimes. The increasing trend of crimes against women can be arrested only once the society realize that there will be no tolerance from any form of deviance against women and more so in extreme cases of brutality such as the present one and hence the criminal justice system must instill confidence in the minds of people especially the women. The crime of such nature against a helpless women, per se, require exemplary punishment."

The Judge applied the Crime Test, Criminal Test and the Rarest of Rare(RR) Test as mandated by the Supreme Court in Gurvail Singh @ Gala& Anr. vs. State of Punjab (AIR 2013 SC 1177) in the facts and circumstances of the case. The Court found the following aggravating circumstances:

(a)Offence in the present case has been committed in extremely brutal, grotesque, diabolical, revolting and thus dastardly manner so as to arouse intense and extreme indignation of society

(c)Extreme misery inflicted upon the prosecutrix before her death :

(d)Grave impact of the crime on social order

On the other hand, though the defence raised mitigating circumstances, like the young age of the convict , their socioeconomic status as also the plea of the reformatory approach and their clean antecedents, the Court rejected them relying on the Supreme Court Judgments in Ajmal Mohammad Amir Kasab @ AbuMujahid v. State of Maharashtra (2012) 9 SCC 1 , Shimbhu v. State of Haryana 2013 (10) SCALE595  and State of Karnataka v. Krishnappa (2000) 4 SCC 75.

It was on December 16th, 2012 that a physiotherapy student was brutally gangraped in the National Capital. The victim along with a male friend was travelling in a bus and it was in the moving bus, she was gang raped by six other men in the same bus. The victim later succumbed to her injuries in a hospital at Singapore where she was undergoing emergency treatment.

Live Law spoke to various people about their reaction to the verdict and below is the excerpts of the conversation with them:

Justice K T Thomas said, "Considering this particular case, if the facts mentioned are true, then the maximum punishment which the law prescribes should be given. Lesser punishment means a kind of demoralisation. I support the verdict in that aspect."

Advocate Naveen Gopal said, "I feel that the convicts don't deserve anything lesser than a death sentence. I welcome the judgment totally. Also the fair trial given to the convicts has cemented India's stand as a democracy. Rule of law has been preserved."

Law student, Indu K said, "I welcome the verdict. I don't think criminals of these kinds are ever capable of reformation even if they are of young age. I believe that death sentence should be made the norm and life imprisonment an exception, in offences against women."

The order of the fast track Court is available for download below. Order Courtesy: Bar & Bench.