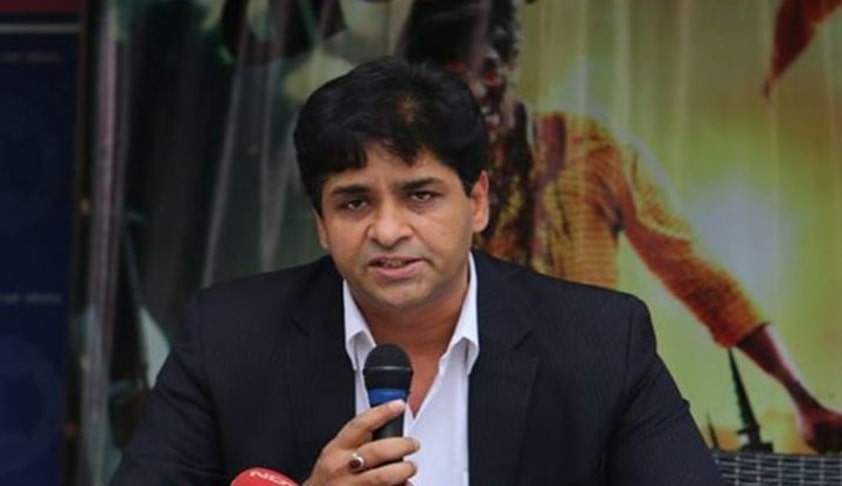 Did Suhaib Ilyasi murder his wife or was it a case of suicide?The Delhi High Court on Friday concluded that it was a case of suicide thereby acquitting Ilyasi, who had been held guilty of murdering his wife by a trial court in December, 2017 and sentenced to life imprisonment.“The learned Additional Sessions Judge, Shahdara District, Karkardooma Courts, Delhi in a judgment dated 16th...

Did Suhaib Ilyasi murder his wife or was it a case of suicide?

The Delhi High Court on Friday concluded that it was a case of suicide thereby acquitting Ilyasi, who had been held guilty of murdering his wife by a trial court in December, 2017 and sentenced to life imprisonment.

“The learned Additional Sessions Judge, Shahdara District, Karkardooma Courts, Delhi in a judgment dated 16th December 2017, which is under appeal here, held that the Appellant had indeed murdered the deceased. We, however, think not,” said a bench of Justice S Muralidhar and Justice Vinod Goel.

Ilyasi’s wife Anju was found in a wounded condition at their house in Mayur Vihar in east Delhi. She was raced to Virmani Nursing Home and then to AIIMS where she breathed her last on the intervening night of January 10-11, 2000.

Ilyasi was booked under Sections 498A and 304B of IPC in 2003 for subjected Anju to harassment, mental and physical cruelty for dowry, leading to her unnatural death within seven years of marriage.

He was, however, acquitted in this case.

Pursuant to the order of the high court, the trial court framed additional charge of murder against Ilyasi on September 6, 2014.

The bench meticulously examined the evidence before it and concluded that it was not a case of murder and even the report of five-member medical board do not have any specific reason to conclude it was a case of murder.

The first blow to the prosecution version was that it never challenged Ilyasi’s acquittal in case of dowry harassment and then went on to prosecute him for murder on the strength of evidence already collected and without recalling any of its witnesses.

The court noted that there was no evidence to support such a finding of the five-member medical board who did not even have chance to look at the recording of the post-mortem.

The bench also noted that the additional charge of murder was framed against Ilyasi on the statement of Rashmi Singh, sister of Ilyasi’s wife Anju, who could not be ruled out to be an interested witness and the appellant had alleged that she had been interested in taking away their daughter.

The high court summarised its conclusion as under:


While carefully examining the material before it, the bench noted that the medical and forensic evidence does not show it to be a case of murder.

Findings of initial 3-member medical board about hesitational cuts, suicide

The bench noted that the three-member medical board had in year 2000 submitted its final unanimous opinion to the effect that injury Nos.1 and 2 were “self-inflicted and suicidal in nature”. The third injury was said to be over 48 hours old.

It noted that on the basis of findings of this board, the prosecution had not pressed charges of murder.

The bench went on to note that, “Almost 14 months later, a letter dated 8th March, 2001 was written by PW-30 (the investigating officer) to the same three-member board, who first conducted the post-mortem of the deceased, raising seven queries pertinent to the death of the deceased.

“Two of the members of the board, i.e., Dr. R K Sharma (PW-22) of AIIMS and Dr Alexander Khakha from Safdarjung  Hospital, submitted a joint opinion dated 12th April 2001 (Ex.PW-22/A) reiterating that the “theory of homicide is ruled out as the pattern of injury is self inflicted and suicidal in nature”.

“In response to Question No.3 as to which of injury Nos.1 and 2 was prior in time, they stated that injury No.2 was the initial “hesitational cut” and was prior to injury No.1 which was opined to be fatal. It is pertinent to note that this was the first time any sort of medical opinion was offered by the board as to which injury was the “hesitational cut” and which was fatal”.

The high court next took note of the dissenting opinion of third member of the Board, Dr. LC Gupta from Aruna Asif Ali Government Hospital “which was by no means categorical. In fact it was vague”.

“Even in his dissent, however, PW-10 (Dr Gupta) concurred with the other two doctors in responding to Question No.3. He stated that “probable scientific speculation may reveal that the injury No.2 as mentioned in PM report was inflicted first then the injury No.1 which was fatal in this case”.

“As for his opinion on the nature of death, his refrain was that “homicide cannot be ruled out”. Thus, he expressed no categorical opinion that it was in fact a case of homicide and not suicide. 160. Due to the uncertain opinion of PW-10, at the time of filing the charge sheet, the prosecution did not proceed on the basis of the death being homicidal despite noting his opinion that homicide cannot be ruled out. Therefore, the overwhelming medical opinion at that stage was that the death was suicidal and not homicidal,” noted the court.

The bench also noted that the investigating officer (PW-30) even while deposing before the trial court wrote to the Delhi government in year 2011 seeking constitution of a fresh five-member medical board which stood constituted in May, 2012.

“It is beyond contention that this five-member board gave its report on 9th October 2014 – more than fourteen years after the date of the incident – without examining the body or the crime scene,” the bench remarked.

Why would deceased choose knife over revolver, former being more painful

Of the seven questions put to the panel by the IO, one of the questions was: “In the face of availability of a loaded revolver, is it likely that a knife would be preferred for committing suicide, which is but obviously a far more painful option?”

The panel also listed other incidents where women have committed suicide by similar method.

Here, the bench said, “It appears to this Court that the IO was anticipating these responses when he asked seemingly leading questions such as whether a knife would be the preferred method for committing suicide when there was a loaded revolver available and with the knife being more painful. The two doctors answered that suicide was mostly a matter of impulse and the choice of weapon was dependent on the mental framework of the person committing suicide. They also pointed out that there are many cases on record “where women victims have used this method of committing suicide”. They also clearly stated that the deceased was not in the phase of menstrual period thus reiterating what was observed during the post-mortem examination”.

The high court then relied on findings in 5th Edition of the text book on Forensic Medicine and Toxicology by Dr. Krishan Vij wherein, under the section titled “Accident, Suicide, or Homicide”, he observes as under: "Suicidal injuries are commonly situated over front of body on easily accessible sites, especially over throat, pericardium abdomen or wrists and rarely found on unusual locations as cannot easily be reached by the victim.

“A couple of characteristic features of suicidal stabbing include the following: Firstly, presence of 'tentative wounds’ that are superficial and unlikely to penetrate beyond muscular layer. The finding of tentative wounds (hesitation cuts) is a useful observation in helping differentiate suicide from homicide. Indeed, 'hesitation marks' can be considered the 'trade marks' of suicide. The name is derived from the fact that cutting/stabbing oneself is painful”.

The court also held that Rashmi Singh, PW-20, being a sister of the deceased, was not only a related witness but also an interested witness.

“Although such witness need not on that score be disbelieved, the settled legal position is that the testimony of such witness has to be carefully scrutinised by the trial Court. In Ram Bharosey v. State of U.P., the Supreme Court explained that a close relative of the deceased does not automatically become an interested witness. It was stated that “an interested witness is one who is interested in securing the conviction of a person out of vengeance or enmity or due to disputes and deposes before the court only with that intention and not to further the cause of justice.” The evidence of an interested witness cannot be thrown overboard, but has to be examined carefully before acceptance,” it said.

“In the present case, PW-20 was obviously an interested witness. She was plainly interested in securing the conviction of the Appellant. It is on her statement that the case came to be registered and investigated. Her testimony as an interested witness does not satisfy the test of truthfulness and reliability on the parameters set by the law as explained by the Supreme Court. The trial Court, therefore, erred in relying on her testimony to return a finding of guilt of the Appellant,” it said.