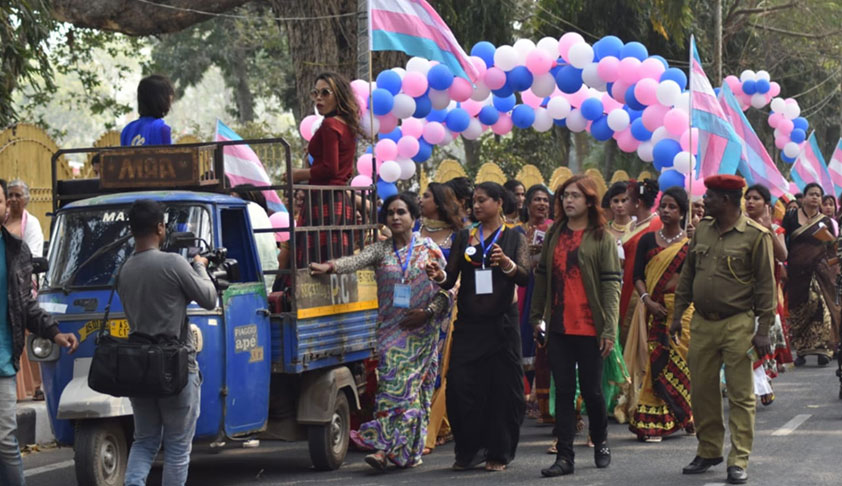 In a welcome development, the Delhi High Court has affirmed the application of Section 354A of the Indian Penal Code, 1860 to transgender victims of sexual harassment.The determination came by a bench comprising Justice Siddharth Mridul and Justice Sangita Dhingra Sehgal, on a petition filed by a transgender person who identifies as a woman, though she was assigned “male” sex at...

In a welcome development, the Delhi High Court has affirmed the application of Section 354A of the Indian Penal Code, 1860 to transgender victims of sexual harassment.

The determination came by a bench comprising Justice Siddharth Mridul and Justice Sangita Dhingra Sehgal, on a petition filed by a transgender person who identifies as a woman, though she was assigned “male” sex at birth.

During the hearings, her application for suppression of her identity was allowed by the court, after which she litigated under the court-assigned name of “Anamika”.

The petitioner had alleged that she was sexually harassed by male students on campus. However, the police officials had closed the case noting that “no criminal penal section attracts on above said complaint” and that “the complaint is civil in nature.”

She had then approached the high court, submitting that the authorities had chosen not to apply criminal provisions relating to sexual harassment in the case because of her sexuality.

Her petition had also challenged Section 354A, which criminalises sexual harassment, to the extent that it had been interpreted to deny protection to a complainant who does not conform to the stereotypical and binary notion of “woman”, based on sex assigned at birth.

This, she had contended, violated her fundamental rights under Articles 14, 15 and 21 of the Constitution of India. The discrimination, she also asserted, was contrary to the Supreme Court ruling in National Legal Services Authority vs. Union of India, (2014) 5 SCC 438.

As the case proceeded, despite several orders, the Central government failed to convey its stand on the issue. However, the Delhi Police stepped up and registered an FIR  earlier this month, proceedings to investigate the case under Section 354A, IPC.

The petition was, therefore disposed of, with the court noting, “Mr. Rahul Mehra, learned Standing Counsel (Crl.) further states, on instructions from the Commissioner of Police, Delhi that, if a cognizable offence, under the provision of Section 354-A IPC, in particular, sub clause (i), (ii) and (iv), is made out on the complaint of a transgender, the same shall be registered, in accordance with law, in terms of the decision of the Hon’ble Supreme Court in the case of “National Legal Services Authority vs UOI” 2014 5 SC 438.

The affirmation comes amidst the uproar over the Transgender Persons (Protection of Rights) Bill, 2018 passed by the Lok Sabha. The Bill has been condemned by several activists as well as members of the transgender community around the country, especially due to the denial of the right to self-identification to the transgenders by forcing them to go through a District Screening Committee.

The Bill also stipulates that a transgender person has to present a medical certificate to a District Magistrate, proving that they have undergone SRS (Sex Reassignment Surgery) in order to declare their gender, if their identified gender is male or female

As per “Queer Collective”, a students' body from TISS, the Bill further criminalises begging and “enticement to any form of forced labour” without recognising the “families of choice” and the traditional livelihood of the “Mangti” and “Badhai toli” of the Hijra/Kinnar communities.