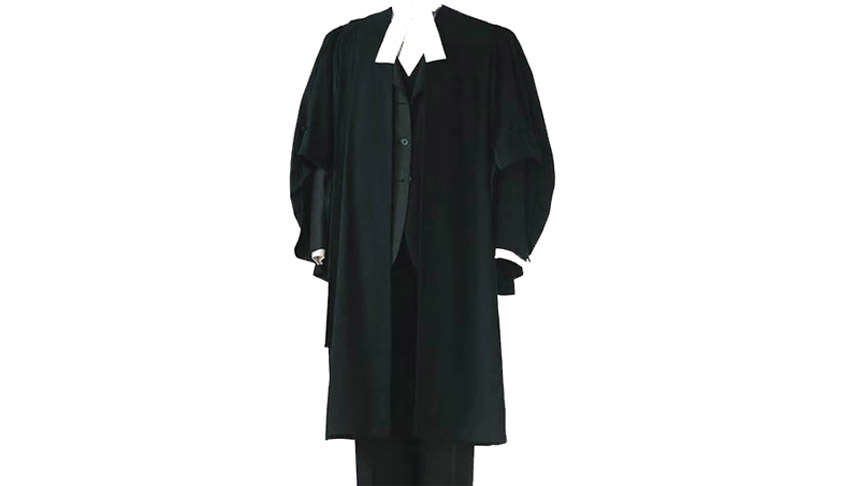 Delhi High Court has agreed to hear a Petition filed by National Lawyers’ Campaign for Judicial Transparency and Reforms challenging the constitutional validity of the provision of the Advocates Act, which creates a division between junior advocates and senior advocates. It also challenged section 23(5) of the said Act, which allowed senior advocates pre-audience in courts.The Division...

Delhi High Court has agreed to hear a Petition filed by National Lawyers’ Campaign for Judicial Transparency and Reforms challenging the constitutional validity of the provision of the Advocates Act, which creates a division between junior advocates and senior advocates. It also challenged section 23(5) of the said Act, which allowed senior advocates pre-audience in courts.

The Division Bench comprising Justices S. Ravindra Bhat and Deepa Sharma asked the petitioner to make the Supreme Court and the Delhi High Court parties, through their respective registrars. The petitioner also argued that the present appointments are the interference in the autonomy of the Bar, where the designations of senior advocates are decided by the judges.

Advocate Mathews J.Nedumparas, while arguing the matter contended that provisions of the Advocates Act created a class of lawyers who received preferential treatment, which was discriminatory under the Constitution.

According the Petitioner, “Article 15 of the constitution demands that the state shall not discriminate against any citizen on grounds only of religion, race, caste, sex, place of birth or any of them. Whereas the section 23(5) of the Advocates Act provides that there shall be pre audience to the Senior advocates, which is establishing such a discrimination to it's subjects against the very concept of Article 15 of the Constitution. Only the wealthy are able to procure the services of the senior advocates and the not so fortunate litigant citizens are not in a position to procure such a premium service. Hence the priority which is extended to the senior advocates are against the rights of the less fortunate, and causing discrimination in the name of richness and poverty. Whereas the state is prevented from making any discrimination in the name of financial conditions of it's citizens. Hence the preference as provided in priority of hearing as per section 23(5)of Advocates Act,1961 is in violation of Article 15 of the Constitution of India. Hence section 23(5) of Advocates Act,1961 together with Section 16 of the Act is liable to be declared as unconstitutional under Article 13 of the constitution read with Article 226”.

The Petitioner has sought the following reliefs

a) To declare under Article 13 of the Constitution of India that section 16 of the Advocates Act,1964 is unconstitutional and ultra vires, being inconsistent and in violation of the Fundamental rights assured in Articles 14, 15, 16, 18, 19 & 21 of the Constitution to the extend it creates different classes of lawyers, and thus interalia classifies the citizens and other litigants into different hierarchical classes based upon their financial capacities and political powers involved causing deprivation of equality before law and denial of equal protection of the laws, discrimination on the ground of financial capacities, creating separate titles, which involves separate rights, manifestations, salutations and transgresses to the freedom of speech and thus affecting the right to life which is not mere vegetating existence, but involves human dignity, assurance of righteousness, access and establishment of justice as well.

b) declare that Rule 2 of Chapter-IV of the Supreme Court Rules-2013 framed by the Supreme Court of India in exercise of the powers conferred upon it under Article 145 of the Constitution of India, by which an Advocate is designated as a Senior Advocate is void ab initio being inconsistent and in violation of the Fundamental rights assured in Articles 14, 15, 16, 18, 19 & 21 of the Constitution;

c) To issue a consequential writ of mandamus or any other appropriate writ, order or direction to the Respondents herein to abolish the different classes of advocates created under section 16 of the Advocates Act, 1961, which had evolved as a custom and usage, being stuck by Article 13(1), 13(2) and 13(3) of the Constitution of India;

d) Without prejudice to the above prayers to declare that the designation process of senior advocates in pursuant to section 16 of the Advocates’ Act,1961, by the judges are the interference with the autonomy of the Bar, which is a statutory autonomous professional body of the legal practitioners, and the affairs of the Bar shall be left to itself to regulate and any interference with the affairs of the management or process of designations of the professionals are against the spirit of law and the right to trade and profession guaranteed under Article 19(g) of the Constitution, and the infringement of the same through the current appointment process by the Judges’ or the panel of judges is thus violating the basic structure of the constitution, namely the judicial review, independence of judiciary and democracy as well, which are primordial, transcendental and inalienable to the constitution mechanism, and thus the said process of appointments by the panel of judges is void ab-initio and non-est in the eyes of law.

e) Without prejudice to the prayers (a), (b) and (c) above, to declare that the separate dress code of the professionals while practicing profession is a professional misconduct, as it is causing serious prejudice to the rights of equality before law to the citizens who are not financially rich to engage the services of such higher class advocates and the rights of lower class advocates as well and such distinguishable dress code is violative of the Fundamental Rights.

f) To declare that the custom, use and usage of ‘Senior Advocate’ as title by the special classified advocates under section 16 of the Advocates Act,1961 is void and is eclipsed under Article 13(1), 13(2) and 13(3) read with Article 18 of the Constitution of India;

g) declare that sub-Section (5) of Section 23, which confers upon the Senior Advocates, who often represent the cause of the elite, the rich and the powerful and at times are pitted against the poor and the miserable, a right of pre- audience over other Advocates, are unconstitutional and void inasmuch as such division/classification of lawyers into two classes and discriminatory treatment of affording pre-audience to one class of lawyers are violative of the equality clause, nay, the very basic structure of the Constitution, so too Articles 19 and 21, which are to be read together with Article 14 thereof and consequently to grant a writ of injunction or prohibition against granting such right of pre-audience or any other privilege to Advocates designated as Senior Advocates; h) Without prejudice to the above prayers, to declare that, even if this Hon’ble Court finds that the separate classes of advocates are essential for the profession, it may be declared to be uniformly applied by length of standing or examination conducted, independently managed by the Bar by it's autonomous conduct of it's own affairs and not by arbitrary selection of external interference by the bench, as conducted at present.

h) Without prejudice to the above prayers, to declare that, the classification of senior advocates as done today shall be made an irrevocable affair at the sweet will of the Bench, and it shall be a permanent classification, once done with an individual, so that the individual so classified can conduct the practice without fear or favour to anybody, but upholding the higher values of the noble profession.