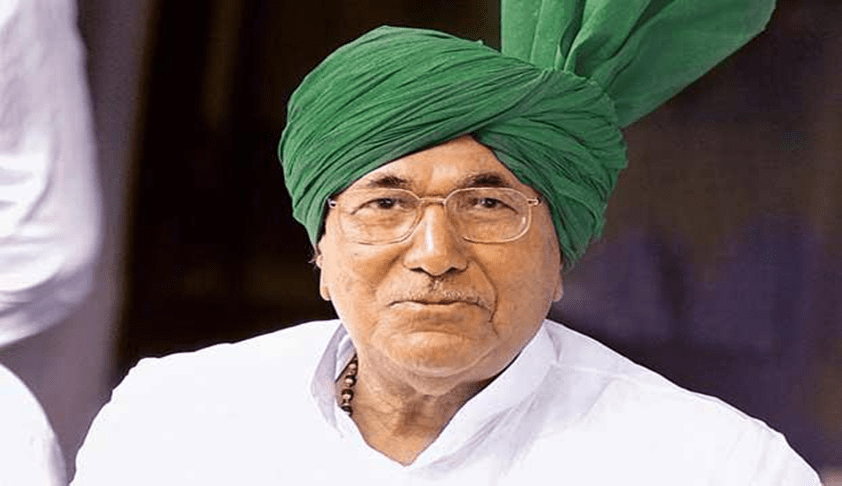 Eight years after being charge-sheeted by the CBI in a disproportionate assets case, former Haryana Chief Minister OP Chautala has been allowed by the Delhi High Court to summon the record and witnesses pertaining to an FIR which was registered against him way back in year 1997 for allegedly amassing assets disproportionate to his known income only to end in a closure report.

Justice Sanjeev Sachdeva allowed Chautala to summon the entire record pertaining to the FIR which was registered way back in the year 1997, the Investigating Officer in that case, revenue records of village Chautala, his agricultural land covered therein and documents to prove his partnership.

It is to be noted that the FIR and related records Chautala has sought to rely on pertain to an FIR registered at police station Sadar Dabwalia way back on January 17, 1997 on the complaint of his brother Pratap Singh, under Sections 13(d) and 13(1) (e) of the Prevention of Corruption Act alleging that Chautala had amassed assets disproportionate to his known income.

The case, however, ended with police filing a closure report which was upheld by the Supreme Court.

In the instant case under trial, Chautala had moved trial court in April seeking permission to summon additional records and witnesses but his plea was rejected with the judge holding that he has not offered any explanation as to why the application was not moved at the earliest opportunity and that the same was only a tactic to further delay the trial.

The trial court also held that Chautala can always produce certified copies of the additional documents sought to be summoned.

His counsel argued that the prosecution has taken seven years to complete its evidence and it was only on January 16 that Chautala recorded his statement under Section 313 CrPC.

He argued that during the course of preparation of defence evidence, it transpired that these additional documents and witnesses were necessary for his defence and since he is in custody, no benefit would accrue to him by delaying the trial.

Justice Sachdeva said, “The petitioner is admittedly in custody, so no benefit would accrue to him in case he is permitted to summon the record as well as the witnesses sought for.

“…it is noticed that the prosecution evidence took approximately seven years and the petitioner has stepped into the witness box only in January 2018 and moved the application in April 2018.

It is to be noted that Chautala is facing trial in the DA case registered by the CBI in 2006. A charge sheet in the case was filed in 2010 wherein Chautala was accused of possessing assets worth Rs 6.09 crore, 189 percent over his legal income of Rs 3.22 crore between years 1993 and 2006.

The CBI relied on 106 witnesses in the case and it took the probe agency seven years to conclude recording its evidence.