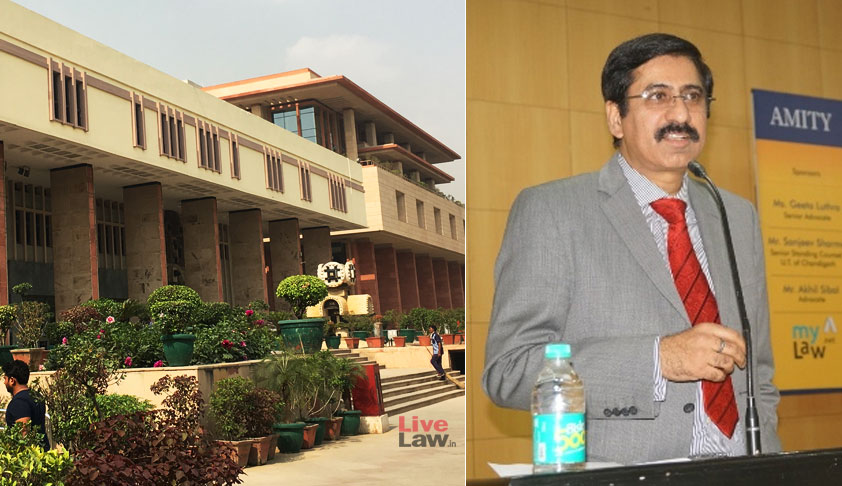 Appreciating how big the heart of a woman is to forgive her estranged husband who created fake online accounts in the name of his estranged wife seeking companionship, the Delhi High Court has quashed an FIR registered against the man subject to him depositing cost of Rs 1 lakh with the Chief Minister’s Distress Relief Fund.

Justice Sanjeev Sachdeva so ordered while deciding the petition moved by the man seeking quashing of FIR registered against him under Section 66C Information Technology Act, 2000 at Police Station Sarai Rohilla.

The man was accused of creating fake online accounts in the name of his estranged wife, the complainant, on websites concerning sale and purchase of commodities and while giving a description of the complainant, expressed desire for a companion.

The complainant is alleged to have received humiliating messages thereafter.

The counsel for the petitioner-husband submitted that the FIR was an offshoot of a matrimonial dispute and that they have settled their disputes vide a Settlement Agreement dated 16.07.2018 executed between them.

The complainant submitted before Justice Sachdeva that she had arrived at a “holistic settlement” with the petitioner and did not wish to prosecute the complaint.

“The allegations in the FIR about the conduct of the petitioner are shocking. I am inclined to quash the complaint solely for the reason that continuation of the proceedings would be further humiliating and traumatic for respondent No. 2 (complainant). She has settled her disputes with the petitioner and has expressed her desire not to prosecute the complaint any further.

“Facts of the case show how big the heart of a woman is. She, even after being humiliated at the hands of her husband, is willing to forgive him and forget his conduct,” Justice Sachdeva observed.

The court imposed cost on the man saying it “would act as a deterrent to the petitioner so that he does not repeat his conduct in future”.

He then directed that the FIR and the consequent proceedings emanating therefrom be quashed subject to him depositing the cost with the relief fund in three weeks.