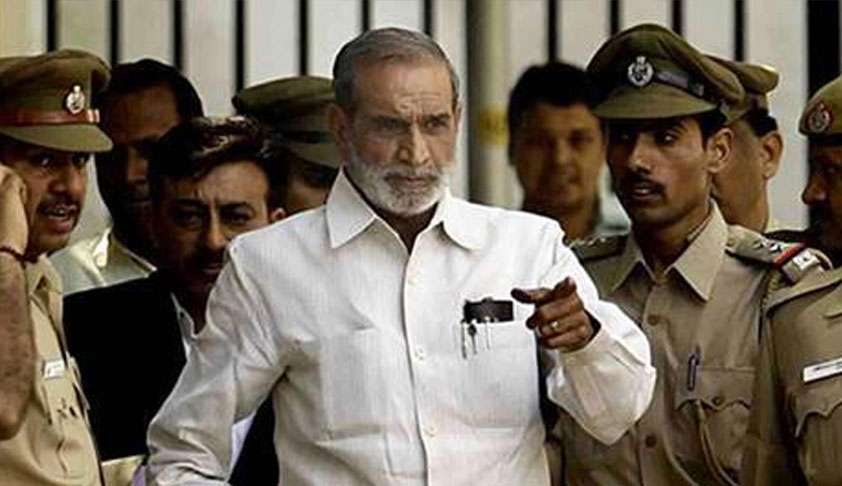 Subscription starts from
₹ 599+GST
(For 6 Months)
View Plans
Premium account gives you:
Subscribe Now
Already a subscriber?
Login
The Delhi High Court today dismissed the petition filed by Sajjan Kumar seeking extension of time to surrender. He was directed by the Court last Monday to surrender on or before December 31 to serve the sentence of life imprisonment imposed on him for his involvement in 1984 anti-sikh riots.

He had moved the Delhi High Court yesterday seeking extension of time till January 30, 2019, for surrendering to be able to settle family affairs, matters of inheritance and meet senior advocates to prepare appeal against his sentence.

In his application under Section 482 CrPC filed through advocate Anil Kumar Sharma, Sajjan Kumar sought an extension of time by 30 days, saying he is in a "state of shock" due to his conviction and needed time to settle his family affairs and meet his family, friends and near and dear ones.

On December 17, while reversing his acquittal and sentencing him to life term in the riots case relating to killing of five Sikh men in Delhi cantonment area, the Delhi High Court had directed him to surrender not later than December 31 or face arrest.

In his application, Kumar said the incident relates to year 1984 and he has been on bail in the matter in which he was acquitted by the trial court in year 2013 after a protracted trial and has never flouted the conditions of his bail.

“The applicant is at present under shock and surprise in view of the order of acquittal having been set-aside and the applicant convicted, although the applicant believes that he is innocent,” he said.

“In view of the present position, the applicant would not be in a position to settle his family affairs including affair with regard to the properties within short span granted by the high court,” he added.

Sajjan also said he is also seeking extension to time to file an appeal for which he intends to engage a senior counsel but all senior advocates are at present on holidays, with the Supreme Court closed for vacation.

He also said he needed time to meet his family, friends, near and dear ones who have been associated with him for over a period of 73 years of his life.

“As the applicant has to settle his family affairs including affairs relating to inheritance and other issues in the family,” said the Congress leader in his plea.