Delhi HC Disapproves Practice Of Recording POCSO Victim Statements Through NGO/Counsellors; Statements To Be Recorded By Police/Magistrate Only [Read Judgment] 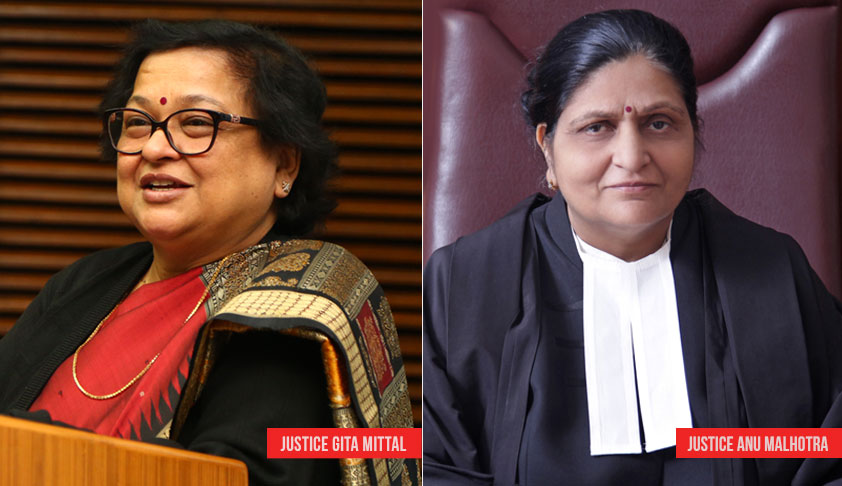 The Delhi High Court, disapproving the prevalent practice by the Delhi Police of getting the statement or version of a victim of sexual offence recorded through an NGO or a private counsellor, has held that a statement under the POCSO Act can be made only to a police officer or a magistrate and not by any third party such as a counsellor.

A division bench of Acting Chief Justice Gita Mittal and Justice Anu Malhotra also held that there is no illegality in recording multiple statements of the victims by the police.

Reference by JJ Board

The bench was answering reference made to it by Juvenile Justice Board. The reference sought was with regard to following issues:

Statement to be Recorded by Police Officer/Magistrate

Referring to provisions of the POCSO Act, the bench said the law contemplates recording of the statement of a child victim only by a police officer under Section 24 of the Act, and/or the Magistrate under Section 25 of the Act and not that by any third party such as a counsellor and it has clearly delineated specifically even the gender, attire, manner and the place at which such statement would be recorded.

“Even though it could be held that the expression includes a counsellor or an NGO, the only role permitted to them is their presence at the time the statement was being recorded and nothing more,” the bench added.

Counselling Reports Not To Be made Part of Chargesheet

The bench also, referring to various provisions of law, observed that the POCSO Act and Rules do not contemplate any report to be made by a counsellor or any observations of the counsellor which were made part of the police file or could be placed on the record of the trial court.

No Prohibition On Recording Multiple Statements By The Police

The bench, in this regard, said: “The dynamics of child sexual abuse are the same internationally. First and foremost, it is essential to understand the manner in which the children recount. Children do not disclose in one go but do so in piece meal. To accord the same treatment to a child as one would to an adult would result in grave injustice… The fear for themselves or their family; an apprehension that they would be disbelieved; inability to identify themselves as victims; pressure or threats from the perpetrator; relationship to the perpetrator; fear of embarrassment, shame or self-blame; fear of stigmatization; lack of trust with the investigating agency amongst other would be some of the reasons which would act as barriers to a child making a disclosure of a complete incident in a single meeting…”

“A seemingly contradictory initial account is not a reason in itself to disbelieve the subsequent accounts by the victims. The multiple statements placed by the investigating agency should be carefully scrutinized by the Trial Courts in order to ensure that complete justice is done,” the court added.