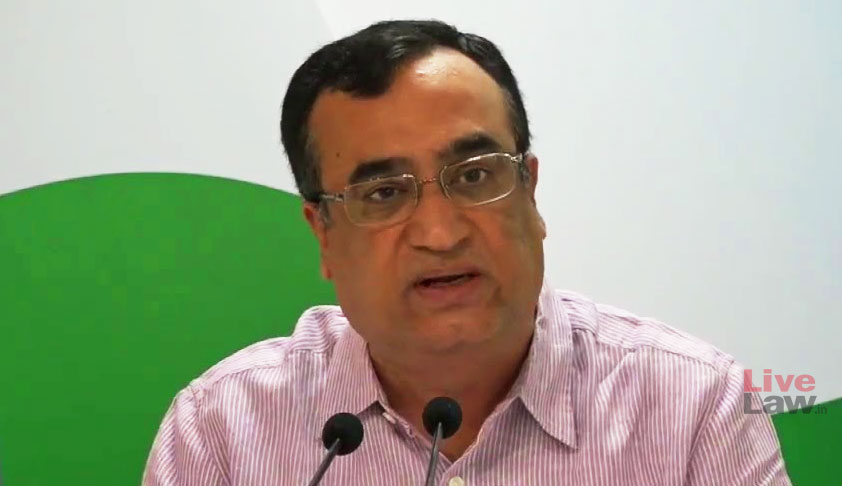 The Delhi High Court, on Wednesday, dismissed the petition challenging election of Mr. Ajay Maken as a Member of Parliament from the New Delhi Parliamentary Constituency for the Lok Sabha elections of 2009.

Justice S. Ravindra Bhat was hearing a Petition filed by Mr. Adesh Kumar Gupta, who had alleged that Mr. Maken, along with his election agent, indulged in "corrupt practices" and therefore, demanded that his election be declared void.

More specifically, Mr. Gupta had alleged that Mr. Maken had induced voters to vote for him by offering them food and water, and that he had sought assistance of government officers on poll duty to canvass for him during the polling. He had further alleged that Mr. Maken had exceeded the statutory limit of ₹25 lakhs fixed for election related expenditure and that he had failed to maintain accounts of the expenditure incurred by him.

Mr. Maken, on the other hand, had sought rejection of the Petition contending that many portions of the documents filed with the petition were missing, copies of several pages of the annexures were dim or illegible, the petition was not properly verified and the verification clause in the copy furnished to him did not contain signatures of the Petitioner. To this end, he had relied on Section 81(3) of the Representation of the People Act, 1951.

At the outset, the Court emphasized upon the necessity to adhere to the statutory requirements, observing, "...since election remedies were not an action at law or equity, but only created by way of a statutory right, strict compliance with the statute, i.e. the provisions of the Representation of the People Act, must be insisted upon by the Court. This would also be necessary in order to prevent any fishing or roving enquiry into the election of a candidate which would constitute interference in the democratic will of the people."

It further observed that Section 81(3) requires every copy of the petition served on the respondents to be “substantially” the same as the original.

The Court then agreed with the assertions made by Mr. Maken, noting, "In the present case, the original petition was filed on 30.06.2009, and was returned on 02.07.2009. Thereafter the petition was re-filed. What was served on the Second Respondent was not what was originally filed on 30.06.2009, or the one re-filed on 02.07.2009. It is clearly borne out from the copy furnished to Maken, (the Second Respondent). The Petitioner did not duly sign all pages of the petition so served. The affidavit accompanying the petition in the required Form 25 (at page 38-39), was not verified. The verification clause in the copy served upon the Second Respondent also did not contain signatures of the Petitioner. Some pages of the annexures were not served. Many others were dim, illegible. In fact, the petitioner had filed an application for exemption from filing legible copies."

It, therefore, ruled that the copy of the Petition received by Mr. Maken was "at significant variance from the original copy", and was not duly verified or signed by Mr. Gupta. Such defaults, it opined, "can hardly be said to constitute “substantial compliance” with Section 81(3)", and thereby, dismissed the Petition.