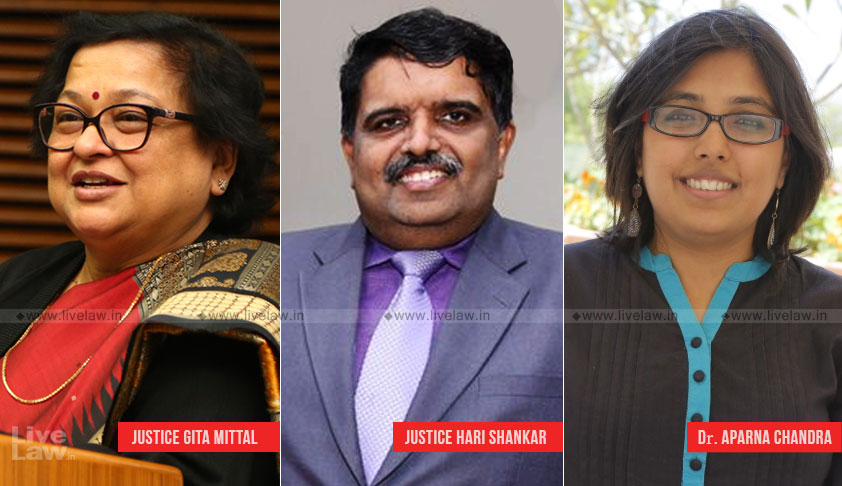 The Delhi High Court has given its nod for constitution of a committee of seven expert members for suggesting preventive measures to control incidents of rape (especially of minor girls) based on scientific principles and data and to come out with reformative steps in the field of sentencing, especially for young persons convicted for the offence of rape.

A bench headed by Acting Chief Justice Gita Mittal and Justice C Hari Shankar ordered the constitution of the committee which comprises the following members:


The committee’s constitution was suggested by Dr Aparna Chandra to the bench during the hearing on two PILs assailing Section 6 of the Criminal Law (Amendment) Ordinance, 2018 prescribing the death penalty as punishment for the gang rape of girls under 12 years of age.

The PILs also prayed for the constitution of such committee to study issues relating to sexual violence, especially of minors and suggest preventive and reformative measures.

Dr. Chandra, who is an amicus in these matters, suggested the constitution of the said committee to which the bench said, “There cannot possible be any objection to the constitution of a committee to consider all issues relating to sexual violence, suggesting preventive measures with regards to controlling incidents of sexual violence as well as appropriate steps to be taken in the field of sentencing in such cases. The aspect of steps for reformation of convicts in cases involving sexual violence is the real need of society today.”

The bench noted that all the seven members “are well known for their role in every area of child sexual violence, who, apart from engaging in research, are actively engaged in ground level work in the field on the several related issues”.

The matter will now come up on August 16 when the government counsel is required to report instructions regarding bearing of the expenses.