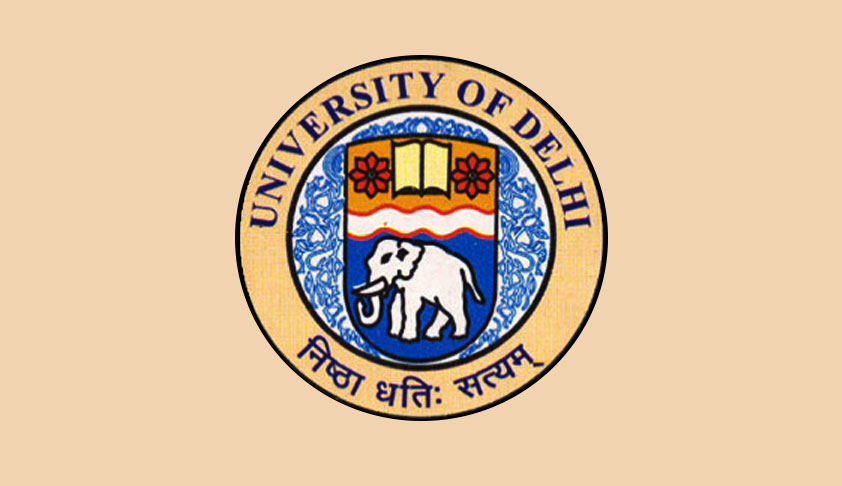 Students say they suffered loss of attendance due to strikeProviding an interim relief to students of Faculty of Law, Delhi University, who have been barred from appearing in examinations of their respective semesters for not meeting the 70 percent attendance criterion set by the Bar Council of India, the Delhi High Court on Tuesday ordered that the students be allowed to appear in the...

Students say they suffered loss of attendance due to strike

Providing an interim relief to students of Faculty of Law, Delhi University, who have been barred from appearing in examinations of their respective semesters for not meeting the 70 percent attendance criterion set by the Bar Council of India, the Delhi High Court on Tuesday ordered that the students be allowed to appear in the exams subject to the final outcome of their petitions.

Justice Rekha Palli granted the relief to five students of Faculty of Law who had to appear in different semesters but for the short attendance.

The students, in separate petitions filed today and yesterday, challenged the memorandum issued by the Faculty of Law on May 7 and May 8 and also May 10, detaining several students of fourth and sixth semester from appearing in the exams for not having an aggregate attendance of 70 percent in the said semesters, as required by the Bar Council of India Rules.

Justice Palli granted the interim relief to five students – four of who are studying in Law Centre II and one in Law Centre I – to appear in the examinations which have already commenced.

In one such petition, Harsh Kadyan, a final year student of Law Centre II, had approached the high court after his name figured in the list of students detained from appearing in the sixth-semester exam.

The students who have been granted the interim relief are Harsh Kadyan, Abhishek Kadyan, Sewalpreet Singh, Vishal Thakur and Harmandeep Singh.

Appearing for these students, advocates Ashish Virmani, Himanshu Dhuper and Akshay Abrol prayed the court that they be allowed to appear in the exam.

The counsel referred to Justice Palli’s May 10 order by which another student named Adarsh Raj was granted similar interim relief.

It is to be noted that on May 10, the court had upon urgent mentioning taken up the petition filed by Adarsh Raj Singh, a sixth-semester student of Law Centre-I, seeking quashing of the May 7 memorandum whereby was detained in the VI semester on the ground that he does not have an aggregate attendance of 70 percent in the said semester.

Adrash Raj had challenged the manner in which his attendance had been calculated and submitted that even though it is in public knowledge that there was a strike for about 15 days in Law Centre-I in February 2018 and, thereafter again for about 5 days in March, 2018, the respondents have not granted any credit to the petitioner for the said days, when he could not attend classes despite his willingness to do so.

While hearing Adarsh Raj’s petition, Justice Palli had observed, “I find that while there can be no dispute about the fact that Rule 12 of the Bar Council of India Rules should be strictly followed and any student who does not have the requisite attendance, should not be allowed to appear in the semester examination. However, in my opinion, the issue in the present case is a little different. I find that specific averments have been made not only in the writ petition but also at the Bar… that no classes were held during the aforementioned period, which fact can be finally determined only on the production of the records.... Therefore, the question which needs to be considered by this Court is as to the effect of circumstances where the students, who were not in a position to attend classes only because of the default on the part of the teachers. It will need to be determined whether any prejudice was caused to the students on account of the fact that no classes were held during the said period as it is the case of learned senior counsel for the petitioner that the petitioner was willing to attend classes during that period”.

After hearing the petitioners in the instant petition, Justice Palli said, “I have heard the counsel for the petitioner and I see no reason not to extend the benefit of the order dated May 10, 2018 (in Adarsh Raj case) to the petitioners. Accordingly, the petitioners are permitted to appear in their respective semester examinations of LLB. The same would, however, be subject to the outcome of the present petition.”

The court made it clear that no special equities would be created in favour of the petitioners only because they have been allowed to appear in the examination.