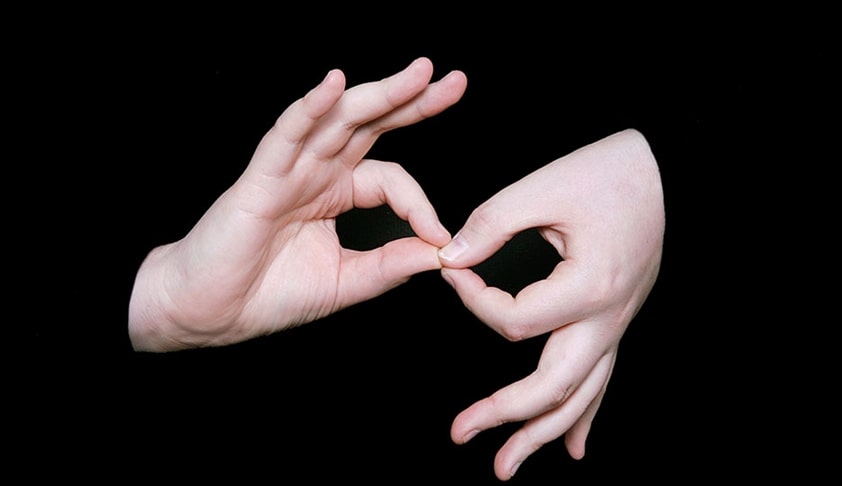 The Delhi High Court last week issued notice on a PIL demanding that sign language be recognized as an official language of India and be incorporated into the Eighth Schedule of the Indian Constitution.The notice was issued by a bench comprising Chief Justice Rajendra Menon and Justice V. Kameswar Rao, directing the respondents to file their counter-affidavits within four weeks, and listing...

The Delhi High Court last week issued notice on a PIL demanding that sign language be recognized as an official language of India and be incorporated into the Eighth Schedule of the Indian Constitution.

The notice was issued by a bench comprising Chief Justice Rajendra Menon and Justice V. Kameswar Rao, directing the respondents to file their counter-affidavits within four weeks, and listing the matter on 5 December.

The Court has been approached by disability rights activist and founder of the Nipman Foundation, Mr. Nipun Malhotra, who was represented by Advocate Jai Dehadrai. His petition essentially “seeks to provide recognition, protection, rights of representation and rights of preservation and propagation to a collection of visual cues, hand gestures, communicative gestures and all other devices which are broadly classified under the scope and ambit of ‘Indian Sign Language’”.

Mr. Malhotra informs the court that while there are nearly eighteen million Indian people who have speech or hearing impairments of one form or the other, ‘Indian Sign Language’ hasn’t had any official recognition. Such recognition, he points out, would permit it to be introduced as another form of language for taking various examinations, such as the judicial exams and UPSC, thereby increasing the chances of employment for persons with disabilities.

He asserts that the right of communication is a fundamental right guaranteed under the twin rights of speech and expression under Article 19(1)(a) of the India Constitution. He then advocates for its inclusion in Eighth Schedule of the Constitution, averring that such inclusion would automatically protect the implicit rights of all hearing/ speech impaired people.

“…one of the fundamental ways in which the above recognition can be accorded is by formulating a policy framework for introducing sign languages into the public discourse through creation of policy guidelines whereby Indian sign language would be deemed to be part of Schedule VIII languages notified in the Constitution of India,” he contends.

The recognition, he further claims, would permit such hearing/speech impaired people to feel a “sense of inclusion within the larger national milieu in the Indian sub-continent”. Besides, he submits that the bar of discrimination contained in Article 14 of the Constitution can effectively be read to mean that Article 14 requires equal protection to languages which are used by disabled persons and non-disabled persons.

“…the positive mandate contained within Article 14 of the Constitution, i.e. equal protection of laws can be extended to the use of languages to mean that the State must provide equal grounds of protection to Indian Sign Languages as have been naturally advanced to other languages contained in the Eighth Schedule of the Indian Constitution. This further means that users of the Indian Sign Language can enjoy the same rights and benefits arising out of using languages, as are available to non- disabled people, who make use of other languages found in the Eighth Schedule,” Mr. Malhotra submits.

As such, by creating a distinction between persons who have a normal delivery, and those who are born differently, the State fundamentally alters the equation between disabled and non-disabled persons and ensures that the exclusion that hearing/speech impaired persons feel in the larger mainstream society.”

Mr. Malhotra relies on several provisions of the Rights of Persons with Disabilities Act, 2016 as well, which require the State to create an inclusive and accessible environment for recognising and protecting the rights of the disabled population.

Besides, he points out that several countries such as Australia, Austria, Belgium, Brazil, Canada, Chile Czech Republic, Denmark, etc. make provision for, and declare sign languages as an official language.

He therefore inter alia prays, “Pass a writ, order or direction in the nature of Mandamus requiring respondents to recognise sign language as a deemed official language and thereafter to accord the same rights of protection, preservation and representation as are conferred on other official languages found in schedule VIII of the Indian constitution.”