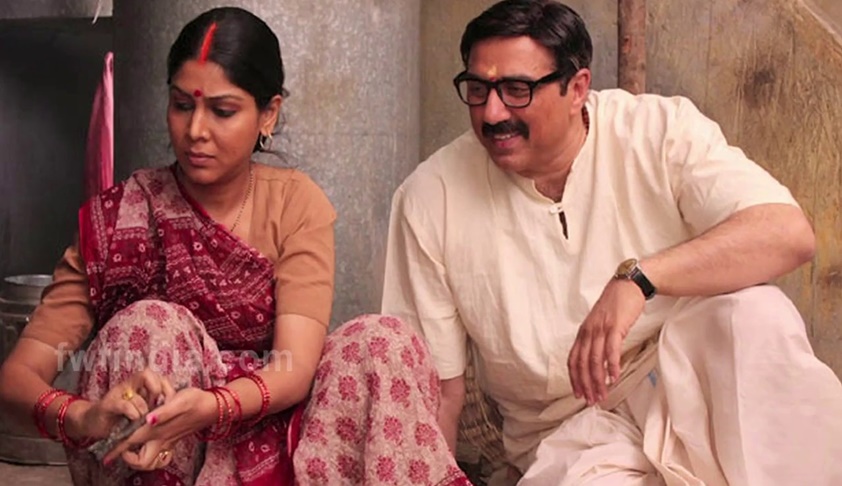 The Delhi High Court has decided not to review its decision directing the release of Bollywood film ‘ Mohalla Assi ’.

Justice Sanjeev Sachdeva dismissed the review petition moved by the Central Board of Film Certification (CBFC) urging the court to relook into its December 11, 2012, decision by which he had directed the release of the film with appropriate viewer certificate while doing away with nine out of 10 cuts suggested by CBFC.

The CBFC had filed a review petition saying that the Film Certificate Appellate Tribunal (FCAT) had by order of November 24, 2016, the FCAT directed the production house Crossword Entertainment Private Limited to carry out 10 cuts and then re-submit the film after cuts/modification/excisions for reconsideration.

It contended that the issue was not final and still open. It is to be noted here that the film-makers had come to the court in 2016 when despite carrying out the cuts, the issue was kept pending by CBFC.

The CBFC had found the Sunny Deol-starrer based on Kashinath Singh’s novel 'Kashi Ka Assi' as one containing abusive language and possibly hurtful to a religious community since it showed the commercialisation of religious city of Varanasi.

The court had last year viewed the film and did away with nine out of 10 cuts suggested by the FCAT and directed the film to be released with appropriate certificate.

The court had held that the language used is part of the culture of the city.

The CBFC, however, did not comply with the court order and instead filed a review petition. While junking its petition, Justice Sachdeva said, “I am unable to accept the contention of the review petitioner for the reasons that the Board had refused to grant certification to the film. The FCAT by the said order had directed 10 cuts/modification/excisions and to re-submit the film for reconsideration.

“This Court after viewing the film had upheld the disclaimer directed by the FCAT, however rejected 9 out of 10 cuts/modification/excisions. The contention of the Board that no certification could be granted to the film was found to be meritless … I find no ground to review the order dated 11.12.2017. The application is accordingly dismissed,” concluded Justice Sachdeva.