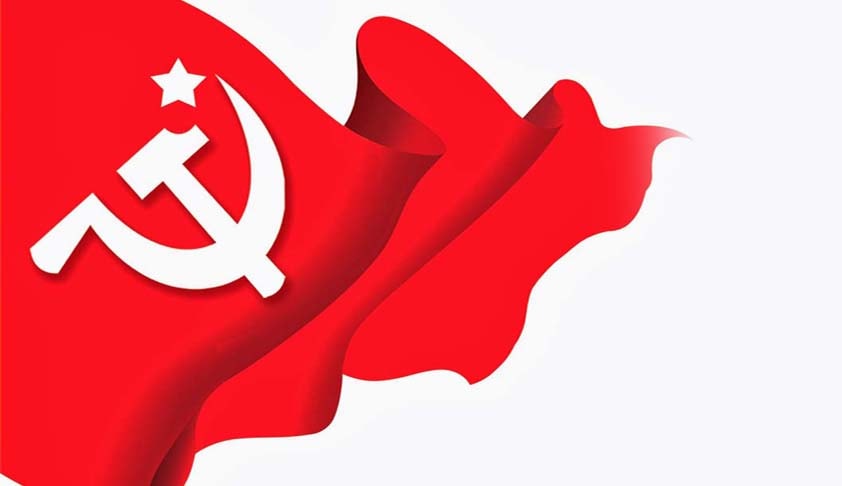 The Delhi High Court has dismissed a petition which had sought cancellation of registration of Communist Party of India (Marxist) (CPI(M)). The bench comprising the then Acting Chief Justice Gita Mittal and Justice Harishankar observed that the writ-petitioner had failed to disclose his engagement and political interest in the matter, and was guilty of suppression of material facts.The  PIL...

The Delhi High Court has dismissed a petition which had sought cancellation of registration of Communist Party of India (Marxist) (CPI(M)). The bench comprising the then Acting Chief Justice Gita Mittal and Justice Harishankar observed that the writ-petitioner had failed to disclose his engagement and political interest in the matter, and was guilty of suppression of material facts.

The  PIL was moved by Jojo Jose, who claimed to be a social worker. He had stated that his petition was not guided by self-gain or for gain of any other person/institution/body.  However, the counsel for the CPI(M) had drawn the attention of the Court to the affidavit filed by the petitioner before the Election Commission of India where he had stated that "he was an advocate by profession and a member of Bharatiya Janata Party(BJP)". From this, the Court held that the petitioner had suppressed his political interest in the PIL, disentitling him from maintaining the petition.

Nonetheless, the Court examined the merits of the issue and found the petition to be devoid of substance. The objection raised by Jose was that CPI(M) had not complied with the requirements of  Section 29A of the Representation of People Act, 1951. The Section mandates that for registration, a political party should specifically incorporate a condition in their party constitution stating their allegiance to the Constitution of India, and to the principles of socialism, secularism, democracy and to uphold the unity and integrity of the country. Jose conceded that the Party had amended its constitution in compliance of Section 29A. However, he contended that the said amendment was made by the Central Committee, which had no power to make amendments as per the Party Constitution.  So, he attacked the validity of the amendment made by CPI(M), contending that it was the Party Congress which had the power to make the amendment.

The counsel for CPI(M) pointed out that the very same objections were turned down by Election Commission of India(ECI) when they were raised before it. While rejecting such objections as per detailed order dated May 4, 2016, the ECI had held that the amendment made by Central Committee, way back in 1989,  to be valid. The ECI held that several Party Congresses took place after 1989, and hence the amendment by Central Committee was deemed to have been ratified. The ECI had accepted the contention of CPI(M) that the Central Committee had power to make amendments when Party Congress was not in session.

Before the ECI, it was also contended that the ideology of CPI(M) and its belief in communism and dictatorship of the proletariat was opposed to principles of democracy. This, however, was found to be not tenable by the ECI.

"All aspects including the aims and objects, political ideology etc. of the CPI(M) was considered by the Commission at the time the Party was granted registration under Section 29A in 1989. There is no scope for any further enquiry into these aspects at this stage for reviewing the registration of the Party", the ECI had found in its order issued on May 4, 2016.

The Court was also presented with minutes of 22nd Congress of CPI(M) held from April 18-22, 2018 at Hyderabad wherein the Party Congress had unanimously ratified amendment to the Party Constitution made in 1989.

Taking note of these supervening developments, the Court held that grievance of the petitioner did not survive for consideration.