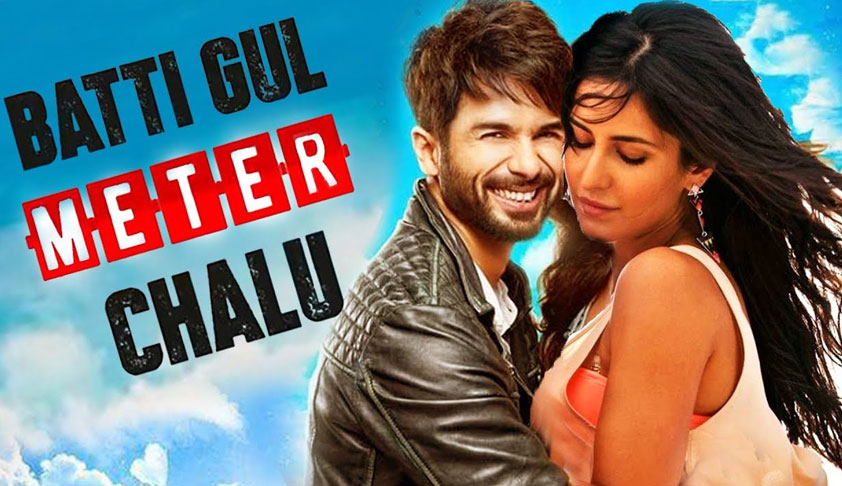 The Delhi High Court has paved the way for the production of Shahid Kapoor-starrer Bollywood social drama ‘Batti Gul Meter Chalu’, which was caught in a tussle between the producers over allegations of fraud and default in payments/investments.Justice Yogesh Khanna directed that Super Cassettes Industries Pvt Ltd (T-Series) be allowed to complete the production of the film without...

The Delhi High Court has paved the way for the production of Shahid Kapoor-starrer Bollywood social drama ‘Batti Gul Meter Chalu’, which was caught in a tussle between the producers over allegations of fraud and default in payments/investments.

Justice Yogesh Khanna directed that Super Cassettes Industries Pvt Ltd (T-Series) be allowed to complete the production of the film without any obstruction from the defendants, which include KriArj Entertainment Pvt Ltd (one of the producers) and its investors.

The court, however, in order to secure the distribution rights of the parties concerned, has directed Super Cassettes to deposit the money it receives on the creation of distribution rights in an escrow account which shall be subject to further direction of the court.

The court order comes in a suit initiated by Super Cassettes seeking permanent injunction against KriArj and other defendants including Easy Trip Planners Private Limited, which had an agreement with KriArj over investment.

Easy Trip had also filed a cross-suit against Super Cassettes accusing it of having forged some documents to ensure its ouster from the film and then going on to announce itself as the sole-producer of the Shahid Kapoor and Shraddha Kapoor-starrer.

The court was informed that on July 28, 2017, a Memorandum of Understanding was entered into between Super Cassettes and KriArj Entertainment for co-producing the film ‘Roshini’ which name was later changed to ‘Batti Gul Meter Chalu’.

Super Cassettes informed that as per the agreement, both sides had to invest Rs 12.5 crore each and neither of the parties could alienate its share without the written consent of the other.

On August 10, 2017, a contract was entered into between them for co-producing the film on equal sharing, equal funding and equal ownership basis.

It is Super Cassettes’ case that on April 19, 2018, KriArj allegedly wrote to Super Cassettes withdrawing itself from the film citing financial constraints due to which it was not in a position to contribute its part for the shooting of the film.

The court was informed that since KriArj had taken money from Easy Trip Planners Ltd (defendant 2) and other defendants in relation to various films, including the one in the instant case, defendants were interfering in the completion of the film.

It submitted that Super Cassettes was aware of the correspondences/agreements entered into by KriArj with Easy Trip and others wherein KriArj was primarily seeking money to be invested in various movies, including the one in dispute.

Various emails/chats were produced before the court showing that KriArj had agreed to sell the production rights and further rights to Easy Trip and other defendant and they were now seeking their rights as promised by KriArj.

After hearing the parties, Justice Khanna noted, “Since various disputes qua the genuineness of the agreement dated August 10, 2017, and termination letter dated April 19, 2018, and also of chats and subsequent agreements amongst defendants themselves but a perusal of such documents would reveal these subsequent agreements entered into between defendants 1, 2 and 3 were primarily the investors agreements and it appears that Defendant no. 1 has siphoned off the money of defendant Nos.  2 and 3 and hence it would be appropriate if the defendants file a written statement and reply to injunction application along with documents they wish to rely upon…”

While listing the matter for July 5, Justice Khanna directed that “the defendants shall not interfere in the completion of the film ‘Batti Gul Meter Chalu’ as also further exploitation of its rights by the plaintiff  qua distribution etc., however, the money so received by creating such rights be deposited by the plaintiff in an Escrow account to be maintained by the plaintiff and shall be subject to further directions of this court”.