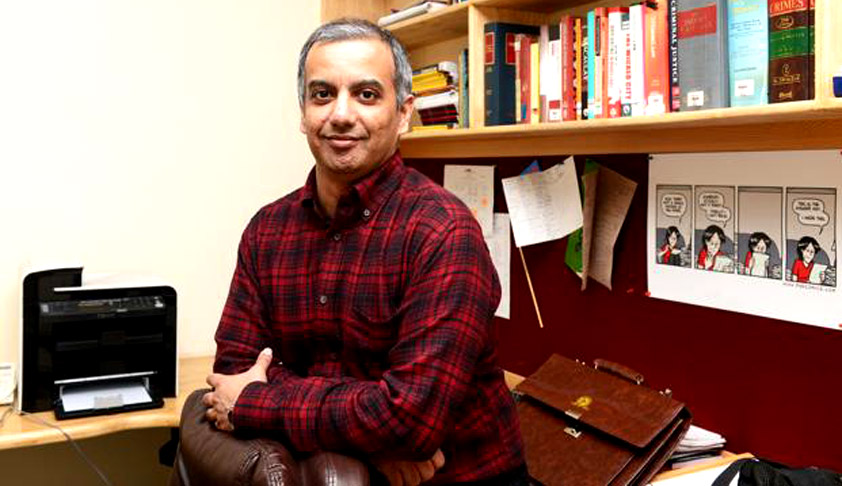 A Division Bench of the High Court of Delhi had appointed Dr. Mrinal Satish, Executive Director of the Centre for Constitutional Law, Policy, and Governance, NLU Delhi as Amicus Curiae in a Death Sentence Reference to assist the Court on the issue of sentencing. Dr. Mrinal Satish submitted two briefs to the Court, one in 2013 and one in 2015. The Court delivered its judgment last week, where...

A Division Bench of the High Court of Delhi had appointed Dr. Mrinal Satish, Executive Director of the Centre for Constitutional Law, Policy, and Governance, NLU Delhi as Amicus Curiae in a Death Sentence Reference to assist the Court on the issue of sentencing. Dr. Mrinal Satish submitted two briefs to the Court, one in 2013 and one in 2015. The Court delivered its judgment last week, where it extensively quotes from Dr. Mrinal's written submissions.

"Concerned with the importance of the matter, by our order dated 4th December, 2012, we had appointed Dr. Mrinal Satish, Professor, National Law University, Delhi as an amicus curiae in the matter to assist us on this aspect. Dr. Mrinal Satish prepared elaborate written submissions on the question of the death sentence as well as on the aspect of appointment of a probation officer to submit a pre-sentencing report before the court. He made oral submissions as well, rendering valuable assistance to this court. We have been very ably assisted in the analysis of the death sentence jurisprudence by Dr. Mrinal Satish who has incisively analysed the entire law on this subject.". The Bench said

The Court especially took note of the brief submitted by Dr.  Mrinal's comparing the essential educational qualifications of a Probation Officer in different jurisdictions. After referring to such qualifications in UK, USA and Canada, the Court inferred that there is an urgent need to introspect the educational requirements as well as remuneration of a Probation Officer in our country. "Unless the same are rationalized, objective assessments of the convict's temperament may not be possible," it observed.

The Court further considered the guidelines that it had laid down in the case of Vikas Yadav v. State of Govt. of UP, CRL.A.910/2008, with regard to submission of reports by the Probation Officers to sentencing courts. Dr. Mrinal had placed additional aspects in the light of which, the Court collated the procedure and all the guidelines to be mandatorily adopted by the Courts before sentencing hearing, upon conviction for commission of offence which is punishable with death penalty.

The Court thanked Dr. Mrinal for his assistance and observed, "[W]e wish to place on record our deep appreciation of the valuable assistance rendered by Professor Mrinal Satish, Associate Professor, National Law University who was appointed as amicus curiae. He not only placed extensive research on several issues considered by us but also very kindly made written submissions which enabled us to appreciate the importance thereof."

Dr. Mrinal Satish's area of interest and specialization is criminal law. At NLUD, he teaches advanced courses on criminal law to students of the undergraduate and postgraduate programmes. His research interests include sentencing, gender and the law, medical jurisprudence, empirical analysis of law, excessive under-trial and pre-trial detention, and studying the impact of the criminal justice system in its interface with vulnerable and disempowered groups.

Dr. Mrinal obtained a B.A., LL.B (Hons.) degree (along with a gold medal) from NLSIU. He was awarded the Mahatma Gandhi National Law Teaching Fellowship at NLSIU, which entailed an appointment as NLSIU faculty, and admission and scholarship for pursuing the LL.M degree at NLSIU. He holds masters and doctoral degrees in law from Yale Law School. His doctoral dissertation examined sentencing policy and practice with a special focus on rape sentencing in India. Mrinal was awarded the prestigious Inlaks scholarship for pursuing his LL.M degree at Yale Law School.