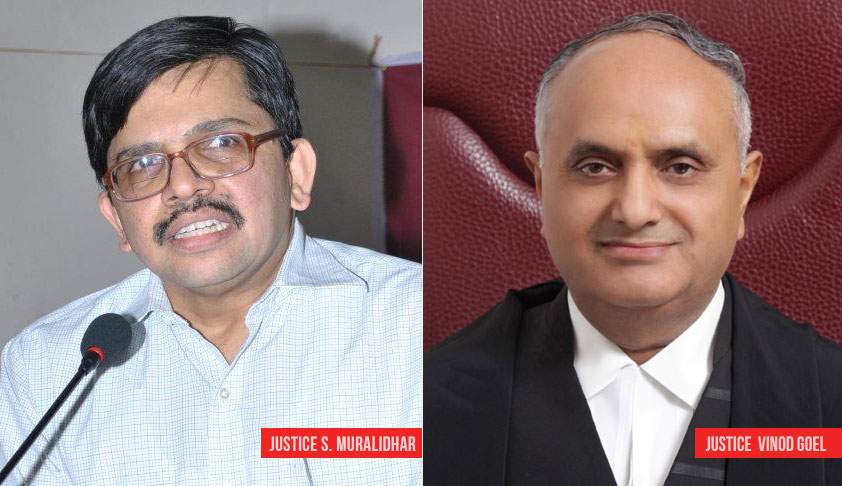 The Delhi High Court last week came to the rescue of an inter-faith couple, directing that they be re-united immediately while rapping the Police authorities for their conduct in the case.The order was issued by a Bench comprising Justice S. Muralidhar and Justice Vinod Goel on a habeas corpus petition filed by one Sandeep Kumar.Kumar had submitted that he and Nisha tied the knot in...

The Delhi High Court last week came to the rescue of an inter-faith couple, directing that they be re-united immediately while rapping the Police authorities for their conduct in the case.

The order was issued by a Bench comprising Justice S. Muralidhar and Justice Vinod Goel on a habeas corpus petition filed by one Sandeep Kumar.

Kumar had submitted that he and Nisha tied the knot in Ghaziabad on 28 June this year, as per Hindu customs and rituals after Nisha, a Muslim, embraced the Hindu faith. Their marriage was registered with the Marriage Registration Officer-V, Ghaziabad.

Nisha’s father however approached the Police, who visited Kumar’s residence at the campus of Jawaharlal Nehru University and threatened the couple with dire consequences. Kumar was also allegedly taken into custody from 3 July to 5 July, and was threatened of false rape charges if he tried to re-unite with Nisha.

He then approached the High Court with a petition. Having received advance notice of the same, Inspector Gagan Bhaskar, SHO of PS Vasant Kunj (North) had filed a status report on 24 July, stating that an FIR was registered against Kumar under Section 366 (kidnapping, abducting or inducing woman to compel her marriage, etc.) of the Indian Penal Code, on a complaint filed by Nisha’s brother.

The status report had further claimed that Nisha was produced before the concerned Court after being picked up from her JNU residence, and there she allegedly stated that she wanted to return to her family members of her own free will. The report stated that she was accordingly "handed over to her parents by the investigating officer”.

However, during the hearing on 24 July, the judges met Nisha in the chambers, where she expressed her desire to return to Kumar. The Court further noted that there exists no dispute on the fact that Nisha is an adult, and hence, is entitled to take her own decisions.

The Court then spoke to Nisha’s mother as well, explaining her of her daughter’s right to marry a boy of her choice. The order notes, “We then spoke to Nisha‟s mother and explained to her that although she may have reservations about Nisha‟s marriage to someone of a different religion, Nisha is entitled to make her choices as she was an adult and cannot be put under any pressure in that regard. Nisha‟s mother stated before us that it would be up to Nisha to decide what she wanted to do with her life.”

Thereafter, the Bench directed Nisha to return from the Court with Kumar, and also directed the SHO of PS Vasant Kunj (North) to visit Kumar’s house to ascertain any requirements of necessary security that may be provided to them.

The Court went on to rap the police authorities for their handling on the case, despite knowing fully well that Nisha was well over the age of majority to be handed over to her parents. It observed, “In the status report filed today nothing is stated about how the police of PS Loni could so easily come to JNU and take away the Petitioner and Nisha and how Nisha, despite being over 21 years of age, was simply “handed over to her parents by the investigating officer” knowing fully well that she had married Sandeep of her own free will.

Inspector Rajesh Kumar, Additional SHO of PS Vasant Kunj (North), stated that he had no prior intimation of the visit by police officials from PS Loni in Ghaziabad. If that is the case, it begs the question as to why they did not insist on following the letter of the law and instead simply allowed the police officials from PS Loni to take away two adults from the JNU campus.”

The Bench further directed SI Sharad Kant Sharma of PS Loni to file an affidavit explaining “how he proceeded to act on the complaint received by him from Azhar on the basis of which FIR No.1217/2018 was registered and, in particular, whether he informed the police officials at PS Vasant Kunj (North) of his intention to visit JNU on 3rd July 2018.”

He has also been directed to specifically answer the allegations about Kumar having been kept in custody from 3 July to 5 July without being produced before a Court. Additionally, Inspector Gagan Bhaskar, the SHO of PS Vasant Kunj (North) has been directed to explain “the circumstances under which he permitted Sandeep and Nisha to be taken away from JNU by the police of PS Loni without the requirements of law being complied with”.

Both the affidavits have been ordered to be filed before the next date of hearing, and the two officers have also been directed to appear before the Court then. The matter has now been listed on 7 August.