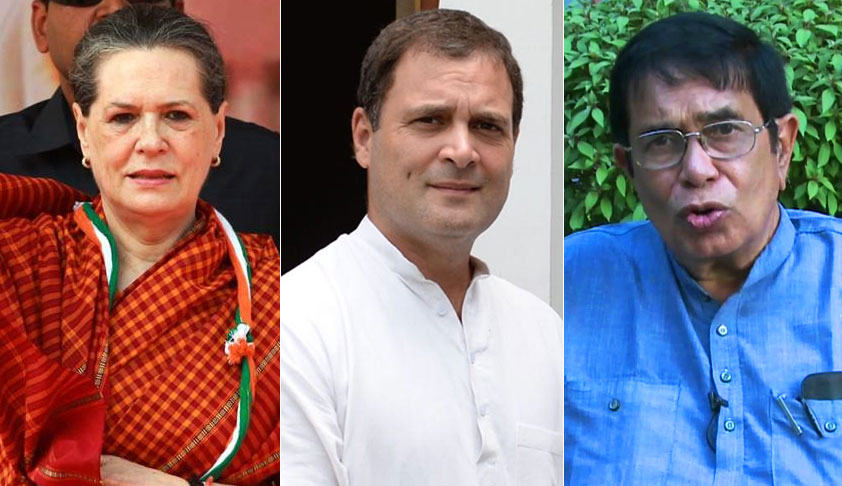 “The writ petitions have to fail. It is, however, clarified that the observations with regard to the parties’ contentions is not conclusive and were recorded for the purpose of disposing of these petitions; the assessees’ rights to urge them are reserved in the income tax proceedings.”The Delhi High Court on Monday dismissed the challenge against reassessment notices issued by the...

“The writ petitions have to fail. It is, however, clarified that the observations with regard to the parties’ contentions is not conclusive and were recorded for the purpose of disposing of these petitions; the assessees’ rights to urge them are reserved in the income tax proceedings.”

While dismissing the plea, the bench of Justice Ravindra Bhat and Justice AK Chawla said the assessees’ rights to urge their contentions were reserved in the income tax proceedings.

Reassessment notices were issued by the I-T department against the trio as it found there was nondisclosure of allotment of shares pertaining to the Young Indian. Senior Advocate Arvind Datar appeared for Rahul Gandhi, and Senior Advocate P. Chidambaram argued on behalf of Sonia Gandhi and Oscar Fernandez. ASG Tushar Mehta appeared on behalf of the I-T Department.

The bench observed that the assessees’ argument about nondisclosure of their interest upon acquiring the shares (on account of their non-taxability at that stage) is ‘unpersuasive’.

The bench also said: “Here a company acquired an asset on 13.12.2010 (i.e. assignment of a debt from AJL, to the tune of Rs 90.21 crores, for consideration). When the assessees acquired the shares through allotment, the taxing event, as it were, occurred on account of the differential between what is said to be market value and what was value paid by them. As a result, it is held that the primary obligation to disclose about the acquisition of shares, was not relieved by virtue of the notification under Section 25 (6) of the (now repealed) Companies Act, 1956. It is, therefore, held that prima facie, there is no merit in this argument; it cannot be said that the effect of the exemption notification was to relieve the assessees from their obligation to disclose about the acquisition of the shares, which appears to be the taxing event (on account of the differential between the acquisition cost and the fair market value).”

The bench refers to tax provisions in detail and concludes: “The entire premise of the reassessment notices in this case is that the nondisclosure of the taxing event, i.e. allotment of shares (and the absence of any declaration as to value) deprived the AO of the opportunity to look into the records. In the case of Mr. Rahul Gandhi, no doubt, the assessment originally completed, was under Section 143 (3). Had he disclosed in his returns or any related documents about the event (share acquisition) the primary fact would have been on the record; the AO’s subsequent action in pursuing that aspect or letting go of it, after inquiry might well have justified the charge of a second and impermissible opinion on the same subject. However, that is not the case. The TEP and investigation reports – of subsequent vintage (after completion of Mr. Gandhi’s assessment), therefore, constituted tangible material which in terms of the ruling in Commissioner of Income Tax vs. Kelvinator of India Ltd 320 ITR 561 (SC) justified reassessment. In the case of the other two assessees (Ms. Sonia Gandhi and Mr. Oscar Fernandes), the returns filed by them were processed under Section 143 (1). Such instances are not treated as “assessments”.”