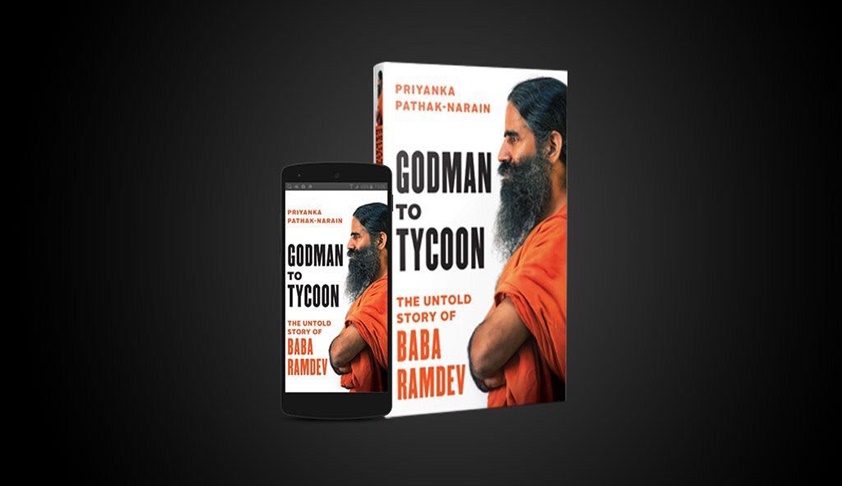 Providing respite to Baba Ramdev, the Delhi High Court on Saturday restrained Juggernaut Books from publishing, distributing and selling its book titled “Godman to Tycoon: The Untold Story of Baba Ramdev” until it removes certain contentious portions from the book.Justice Anu Malhotra observed, “Thus as the petitioner about whom the BOOK is written about is living human being and...

Providing respite to Baba Ramdev, the Delhi High Court on Saturday restrained Juggernaut Books from publishing, distributing and selling its book titled “Godman to Tycoon: The Untold Story of Baba Ramdev” until it removes certain contentious portions from the book.

Justice Anu Malhotra observed, “Thus as the petitioner about whom the BOOK is written about is living human being and thus entitled to be treated with dignity and has a right of social reputation as an ordinary citizen even if he be a public figure, and as reputation is a cherished value and an element of personal security, portions of the BOOK which make readers think that he is an ambitious villain, until so proved in the Court of Law are necessarily to be restrained from being published and distributed for sale…”

The court was hearing petitions filed by Baba Ramdev, demanding restraint against publication and sale of the book, asserting that it violates his fundamental right to reputation as guaranteed under Article 21 of the Constitution of India.

The court’s order made an individual enquiry into specific chapters of the book that had been alleged to be defamatory, and asserted that Baba Ramdev admittedly being a public figure, “cannot ipso facto termed to having given a license to the respondents for his defamation”.

Justice Malhotra also refused to accept the contention that the book constitutes “fair comment”, asserting that the plea of fair comment implies making of a genuine effort to reach the truth, and that a mere belief of there being truth without there being reasonable grounds for such plea is not synonymous with fair comment. The court then observed,

“It is essential to observe that the intention with which the words are used is immaterial and thus the mere contentions of the respondents that the BOOK is laudatory and was not intended to defame the petitioner, is prima facie, not acceptable, for the Court has to see as to how an ordinary reasonable reader on reading contents of the portions of the BOOK adverted to hereinabove would interpret the same and reflect upon the same.”

It referred to various book reviews to establish the effect that the book has had on the minds of the readers, noting that a few comments state that Baba Ramdev is a “villain”.

The court further opined that the balance of convenience lies in Baba Ramdev’s favour, “in as much as an irreparable loss would be caused to him and is continuously being caused if some portions of the BOOK continue to be in operation”.

Besides, it made reference to the Supreme Court’s right to privacy judgment in Justice KS Puttaswamy (Retd.) v. Union of India, to assert that the right to privacy includes the right to reputation. It went on to observe that Baba Ramdev is “revered and respected as a spiritual Yoga Guru and that the veracity or otherwise of the contents of statements made in the BOOK is yet to be established”, and that the book has caused injury to his reputation.

Thereafter, listing down the passages to be deleted, the court opined, “This is so as the right to reputation of a living individual under Article 21 of the Constitution of India cannot be sacrificed and crucified at the altar of the right to freedom of speech and expression of another and both have to be harmonized and balanced in as much as no amount of damages can redeem the damage to reputation of any person and merely because there have been previous publications on the same issue, the same does not permit any repetitions of prima facie defamatory insinuations against him.”