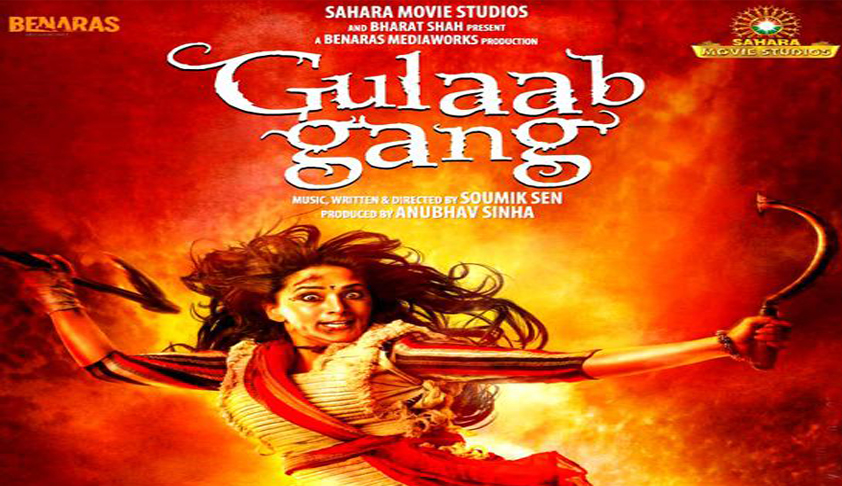 The Delhi High Court on Wednesday stayed the screening of Madhuri Dixit and Juhi Chawla starrer Gulaab Gang on a suit filed by women rights activist and Gulabi Gang head Sampat Pal. Gulaab Gang is an upcoming Indian Hindi film apparently based on the life of Ms. Sampat Pal and the activities of the ‘Gulaab Gang’. It is presented by Sahara Movie Studios and Bharat Shah, directed by a debutant director Soumik Sen and produced by Anubhav Sinha. The film was scheduled to release across the country on Friday.

Allowing Ms. Pal’s plea for stay on the release of the film, the Court said that said the plaintiff would suffer irreparable damage, not only financially but also to her reputation.

The court noted in its order that while loss to the film producer would be monetary, the plaintiff’s reputation would suffer as her copyright over Gulabi Gang had been used without her permission. "Reputation once lost is lost forever and can not come back and even can't be compensated with monetary terms," the court said.

The court further directed the producer of the film, and their agents not to release, exhibit, distribute and promote the film till the next date of hearing on May 8.

The plaintiff submitted that her permission was not taken for making the film, whose script was based on her life and the activities of her organisation. She further submitted that the film contained some defamatory content. She sought a permanent injunction against the release of the film and damages.

The women’s group is known as Gulabi Gang because the members wear bright pink saris and wield bamboo sticks. They are not a gang in the usual sense of the term. The motto of the organisation is the uplift of rural women, the suit claimed.