Criminalizing Begging Violates The Most Fundamental Rights Of Most Vulnerable People In Our Society: Delhi HC Strikes Down Anti-Begging Provisions As Unconstitutional [Read Judgment] 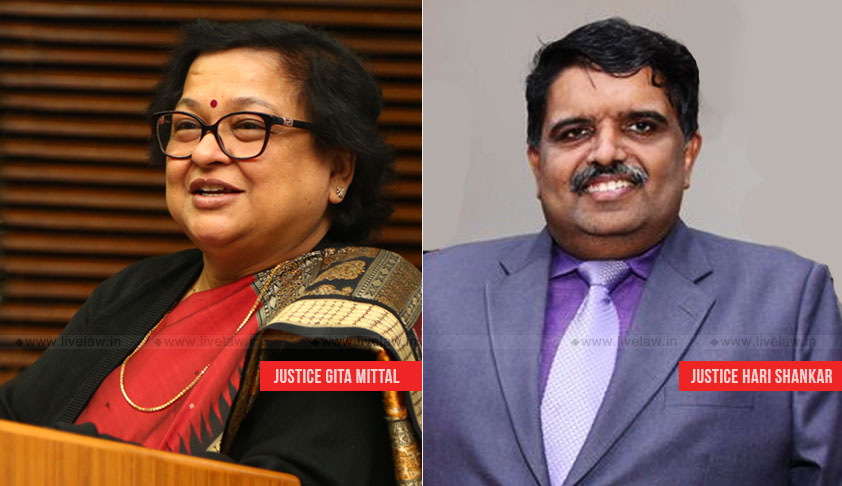 The Delhi High Court on Wednesday decriminalised begging in the national capital, striking down several provisions of the Bombay Prevention of Begging Act as unconstitutional.The Bench comprising Acting Chief Justice Gita Mittal and Justice C. Hari Shankar observed, “The State simply cannot fail to do its duty to provide a decent life to its citizens and add insult to injury by...

The Delhi High Court on Wednesday decriminalised begging in the national capital, striking down several provisions of the Bombay Prevention of Begging Act as unconstitutional.

The Bench comprising Acting Chief Justice Gita Mittal and Justice C. Hari Shankar observed, “The State simply cannot fail to do its duty to provide a decent life to its citizens and add insult to injury by arresting, detaining and, if necessary, imprisoning such persons, who beg, in search for essentials of bare survival, which is even below sustenance. A person who is compelled to beg cannot be faulted for such actions in these circumstances. Any legislation, penalizing the people therefore, is in the teeth of Article 21 of the Constitution of India.”

The Court opined that criminalizing begging is the “wrong approach to deal with the underlying causes of the problem”, asserting, “It ignores the reality that people who beg are the poorest of the poor and marginalized in society. Criminalizing begging violates the most fundamental rights of some of the most vulnerable people in our society. People in this stratum do not have access to basic necessities such as food, shelter and health, and in addition criminalizing them denies them the basic fundamental right to communicate and seek to deal with their plight.”

It then struck down the provisions as unconstitutional, while clarifying that the inevitable consequence of the decision would be that the prosecutions under the Act against persons alleged to have committed the offence of begging would be liable to be struck down.

The Court however left it open for the Delhi Government to bring in alternative legislation to “curb any racket of forced begging, after undertaking an empirical examination on the sociological and economic aspects of the matter,” adding, “If the State wishes to criminalize specific types of forced beggary, it has to first think out a clear factual basis and impact thereof to pass a well thought legislation after due application of mind and being mindful of the constitutional rights provided under the Constitution of India.”

While there is no central law on begging and destitution, several States have either adopted the Bombay Prevention of Begging Act, 1959 or have modelled their laws on it. The Act prescribes a punishment of detention for not more than three years if a person, who was detained in a certified institution, is found begging and is convicted for the first time.

All offences under the Act, except those under Section 11, are to be tried summarily. Section 11, which gives the opportunity of being heard to the accused, imposes a punishment of a minimum of one year and a maximum of three years imprisonment on those who cause others to beg or use them for begging.

The Act was made applicable to Delhi in 1960. The High Court was now hearing two PILs—filed by social activists Harsh Mandar and Karnika Sawhney—challenging the constitutionality and validity of all sections, except Section 11, of the Act. They had alleged a violation of Articles 14, 19, 20, 21 and 22 of the Constitution of India by the impugned provisions.

They had pointed out that the definition of “begging” under the Act violated Article 14, as it does not make any distinction between persons who solicit or receive money for authorized purposes and those who are singing, dancing, or engaged in similar activities. They had further alleged that the Act was being arbitrarily applied, submitting,

“While the Act unjustly restricts the movement of beggars, the application of the Act also limits the movement of a large number of no-beggars. Interviews with lawyers providing legal aid have revealed that 74% of persons arrested were from the informal labour sector such as those employed in small hotels, markets and construction, and 45% were homeless. It was observed that beggars were unaware of the reasons of arrest and were taken to the Beggars Court at the pretext of doing some work like cleaning.”

With regard to the violation of Article 21, the petitioners had contended that the right to life includes the right to take steps, including begging, to survive, asserting, “Criminalisation of begging by the Act deprives a parson of the right to obtain basic necessities of life. The Act further requires people to make an unreasonable choice between committing a crime to be rehabilitated or not commit the crime and starve which goes against the spirit of the Constitution and violates Article 21.”

The Court began its judgment with a quote from an article in The Guardian, which said, “...A society that sees legislating inequality and homelessness into invisibility has unquestionably lost its way…”

It then agreed with the petitioners’ contentions and noted inter alia that the law does not in fact make any distinction between types of begging i.e. voluntary or involuntary. It further noted that the State was using homelessness and begging synonymously, and termed this arbitrary.

Besides, the Court considered the “futility” of lodging and detaining beggars in beggars homes as a wastage of public funds, and highlighted the inadequacy of the impugned provisions, observing, “If we want to eradicate begging, artificial means to make beggars invisible will not suffice. A move to criminalize them will make them invisible without addressing the root cause of the problem. The root cause is poverty, which has many structural reasons: no access to education, social protection, discrimination based on caste and ethnicity, landlessness, physical and mental challenges, and isolation.”

It further opined that the presence of beggars was the evidence of the State’s inefficiency in providing basic facilities to all its citizens. It asserted, “People beg on the streets not because they wish to, but because they need to. Begging is their last resort to subsistence, they have no other means to survive. Begging is a symptom of a disease, of the fact that the person has fallen through the socially created net. The government has the mandate to provide social security for everyone, to ensure that all citizens have basic facilities, and the presence of beggars is evidence that the state has not managed to provide these to all its citizens.”

The Court then struck down Sections 4, 5, 6, 7, 8, 9, 10, 12, 13, 14, 15, 16, 17, 18, 19, 20, 21, 22, 23, 24, 25, 26, 27, 28 and 29 of the Act, noting, “These provisions either treat begging as an offence committed by the beggar, or deal with ancillary issues such as powers of officers to deal with the said offence, the nature of enquiry to be conducted therein, punishments and penalties to be awarded for the offence, the institutions to which such “offenders” could be committed and procedures following the awarding of sentence for committing the said offence. These provisions, in our view, cannot sustain constitutional scrutiny and deserve, therefore, to be struck down.”

The Court’s judgment ended with the words of Justice Krishna Iyer, in his judgment in Gopalanachari v. State of Kerala, wherein he had observed, “...If men can be whisked away by the police and imprisoned for long months and the court can keep the cases pending without thought to the fact that an old man is lying in cellular confinement without hope of his case being disposed of, Article 21, read with Articles 14 and 19 of the Constitution, remain symbolic and scriptural rather than a shield against unjust deprivation. Law is not a mascot but a defender of the faith. Surely, if law behaves lawlessly, social justice becomes a judicial hoax.”