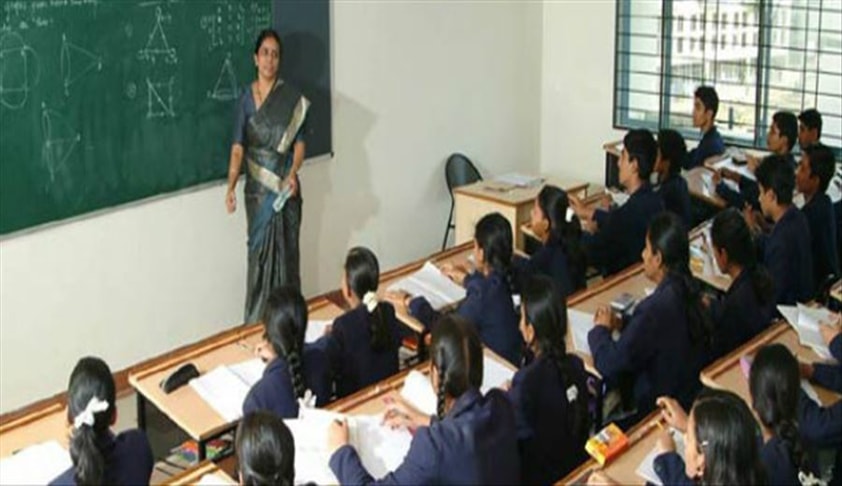 Hoping that it would act as a “balm” for all Kashmiri migrants who suffered loss of their homeland due to communal violence and came to Delhi during 1990-93 and were employed as contractual teachers, the Delhi High Court on Wednesday directed the AAP government and the four municipal corporations to regularize within eight weeks all Kashmiri migrant teachers from the first date of...

Hoping that it would act as a “balm” for all Kashmiri migrants who suffered loss of their homeland due to communal violence and came to Delhi during 1990-93 and were employed as contractual teachers, the Delhi High Court on Wednesday directed the AAP government and the four municipal corporations to regularize within eight weeks all Kashmiri migrant teachers from the first date of their appointment.

A bench of Justice S Ravindra Bhat and Justice Deepa Sharma also directed the government to extend all pensionary and terminal benefits to Kashmiri migrant teachers and in case of deceased employees, their legal representatives would be entitled to gratuity and other benefits while noting that these teachers have been sharing the same workload as their regular counterparts on less than half the salaries prescribed for the regular staff, which was a violation of Article 14.

The court noted that these migrant teachers functioned against regular vacancies and continue to do so for the past 22 years or more and have shared the burden of instructing pupils in NCT government and MCD schools just in the same manner as all other teachers.

It also was of the view that these teachers accepted the offer of employment without any benefits for want of any choice and the only alternative being of starvation and eking out a tenuous existence based on government doles.

The court’s verdict comes in two appeals—one moved by a society formed for the welfare of migrant teachers and the other by the Delhi government against a single judge order asking it to extend the benefits to migrant teachers as given to regular teachers.

Below are the directions passed by the high court:

(b) The said regularized teachers shall be entitled to fitment in the lowest stage of pay prescribed for the post occupied by them with effect from 1 January 2009 and also entitled to annual increments in that grade, for all these intervening years. Consequently, they shall be paid the differential amounts they are entitled to, towards the total emoluments they can draw (including dearness allowance and all other allowances), on the basis of what was actually paid to them and what they are entitled to each year, including the increase in pay scales based on recommendations of the Seventh Pay Commission and allowances payable under the amended rules.

(c) In the case of all serving teachers, the amounts in terms of the above direction shall be calculated and appropriate fitment and fixation orders shall be issued to each of them within ten weeks from today. While making payments, it is open to the Govt of NCT and the municipal corporations to withhold one-fourth of such total amount as contributions towards provident fund by opening separate PF accounts in respect of each of them.

(d) While making payments in accordance with the above directions, the Govt of NCT and the municipal corporations shall ensure that the lumpsum payments shall be appropriately spread out in accordance with provisions of the Income Tax Act, to ensure that deductions are spread out, and minimum tax effect is felt by such teachers. The Govt of NCT of Delhi and the municipal corporation shall render all assistance with the income tax authorities in this regard.

(e) The Govt of NCT of Delhi and the municipal corporations are also directed to extend pensionary and other terminal benefits to the said teachers, including leave encashment, gratuity, etc. In the case of retired employees, appropriate pension fixation orders shall be issued again within 10 weeks. In their cases too, regularization shall be made effective from dates of initial appointments. They shall be entitled to gratuity, differential pay amounts and pension arrears all of which shall be paid within 10 weeks. A similar direction is issued in the case of deceased employees; their legal representatives shall be entitled to those amounts within 10 weeks.

While granting them the relief, the bench quoted from Siddhartha Gigoo’s Garden of Solitude describing the pain and agony of migrant workers and observed who wait endlessly for dawn of a new day and observed, “The petitioners’ hope of returning to their homes, and for peace in the Valley may not yet be attainable; but the acceptance of their claims, should act as a balm, re-kindle their confidence in the society and our commitment to equality and equal opportunity. Hopefully, this is the “new day to dawn and the new evening to descend” that Siddhartha Gigoo wrote about.”

The court in its judgment noted that these migrant teachers had initially come to Delhi after being forced to leave the Kashmir Valley due to communal violence and had stayed in camps in Delhi.

In order to provide employment to the educated amongst the migrants, the Delhi government at a Cabinet meeting dated April 2, 1994, after noticing that some of the migrants were trained teachers and that their services could be utilized in that capacity, resolved that one educated member from each such migrant family could be appointed as teacher depending on her or his suitability for the different categories of jobs. It was also noted that since the number of such trained Kashmiri migrant teachers was comparatively small, there would be no difficulty in offering them employment on the year-to-year contractual basis.

Their appointment was initially for six months terminable by one month’s notice and they were not entitled to claim any benefit of provident fund, pension, gratuity, medical attendance and treatment, accommodation or HRA, or any other benefits available to government servants appointed on regular basis. Their contract had a condition that they would have no right to claim for regular appointment to the post.

Their contract came to be extended from time to time by way of various executive orders and each of these orders expressly mentioned that the appointment of the Kashmiri migrants was only on compassionate grounds and keeping in view the situation in Kashmir and that they were not entitled to claim regularization or parity in terms of pay, leave and other benefits which were available to those appointed on regular basis.

When it became apparent that the migrant teachers might never be able to return to Kashmir, the government decided in-principle to extend the contracts for a longer period of 5 years, as a matter of policy.  It was only in 2017 that the final decision not to regularize the Kashmiri migrant teachers was taken as it was felt that regularization would create a wrong precedent.

While these migrant teachers have been making representation for regularization and bridging the inequality between them and regular teachers, the Delhi government urged that the principle of equal pay for equal work is inapplicable as the migrant teachers were contractually appointed without following any recruitment procedure while a regular employee has to compete in a process of open selection.

While concluding its judgment, the bench quoted Lee Iacocca, who once remarked that in a completely rational society, “the best of us would be teachers and the rest of us would have to settle for something else”.

“Our society values teachers, who are venerated to the same level of parents, worthy of worship. It is a sad day for such a proud society that teachers have to reach out to courts, for what is justly their due. That this was the case with migrant teachers, who had to toil for these 20 years, with less than the minimum scale, is a sad commentary for the state which in the first place could not assure the security and safety of their life and possessions that led them to flee their native state and become refugees, in a manner of speaking in their own country. Whatever compulsions the Govt of NCT of Delhi and the municipal corporations had or reservations they harbored in relation to regularizing teachers, applicable to contract teachers otherwise (whose employment or engagement might have been for other reasons), could not have weighed with these authorities in denying these benefits to the Kashmiri migrant teachers. Their condition sets them apart and defines a distinctive exception,” it observed.